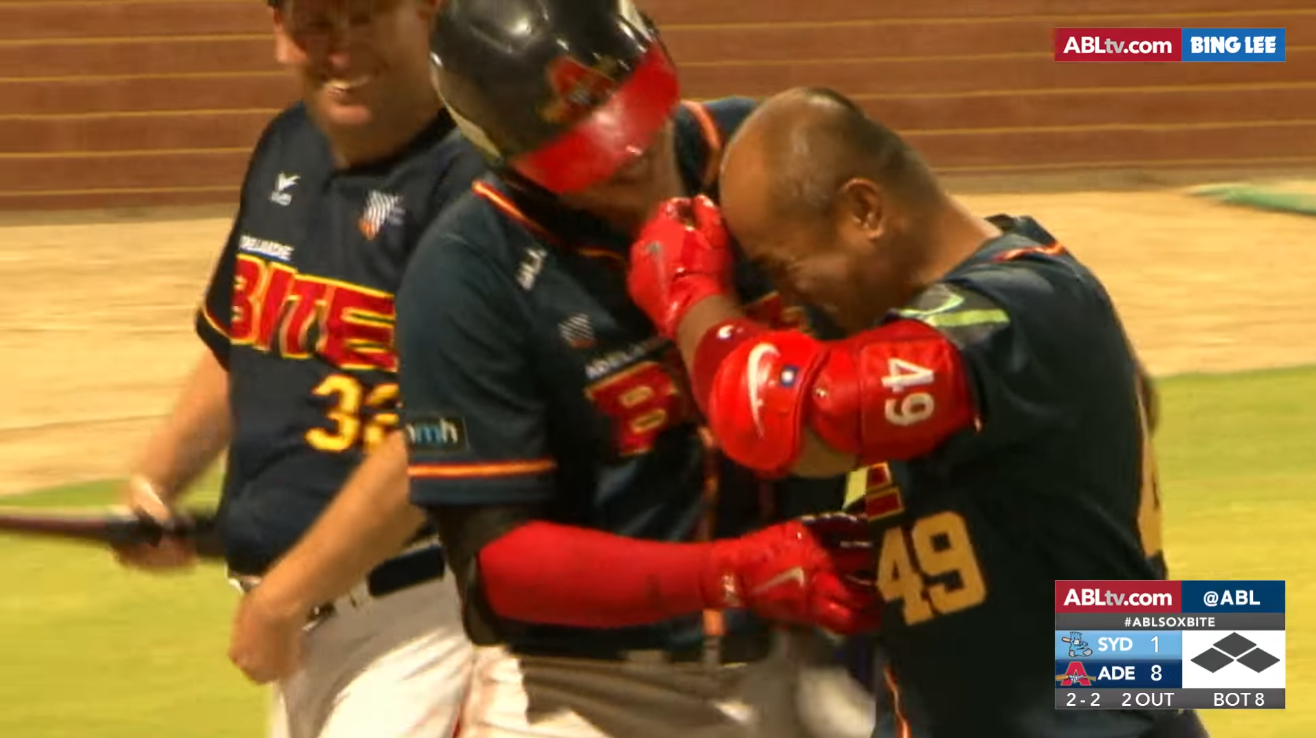 You can-not write a better ending for this CPBL legend 張泰山 (Chang Tai-Shan). The 41-year-old former CPBL veteran smacked a grand slam in his final game in the Australian Baseball League.

YOU WOULDN'T READ ABOUT IT! Chang Tai-Shan nails a grand slam in his last ever at-bat in professional baseball!!!!! @CPBL @PacificleagueTV pic.twitter.com/jbnykHgzEV

Realising this could be his final at-bat as a professional baseball player, despite hitting hundreds of home runs in the past, Chang Tai-Shan can be seen in an emotional state as he trots around the bases potentially for the last time. Overcome with emotion, Chang finally broke down in tears on his way back to the dugout hugging his teammates.

This is the type of ending Chang would have wanted back in the day with the Uni-Lions to wrap up his 20-year CPBL career. However, instead of giving Chang a chance to say good-bye to his fans, the Uni-Lions released Chang after the 2015 season. (Read more about Chang during his time in CPBL here)

What Is Next For The CPBL Legend

“What is next for me?  I’ll leave it to my agent.  I just want to spent time with my family in Australia for a while before heading back to Taiwan”, said Taiwanese baseball legend Chang Tai-Shan.

There is rumour that a newly formed semi-pro industrial league team that based in Taichung is thinking signing Chang for 2018 season.  So, maybe ABL isn’t the last time we see Chang inside the batter’s box.