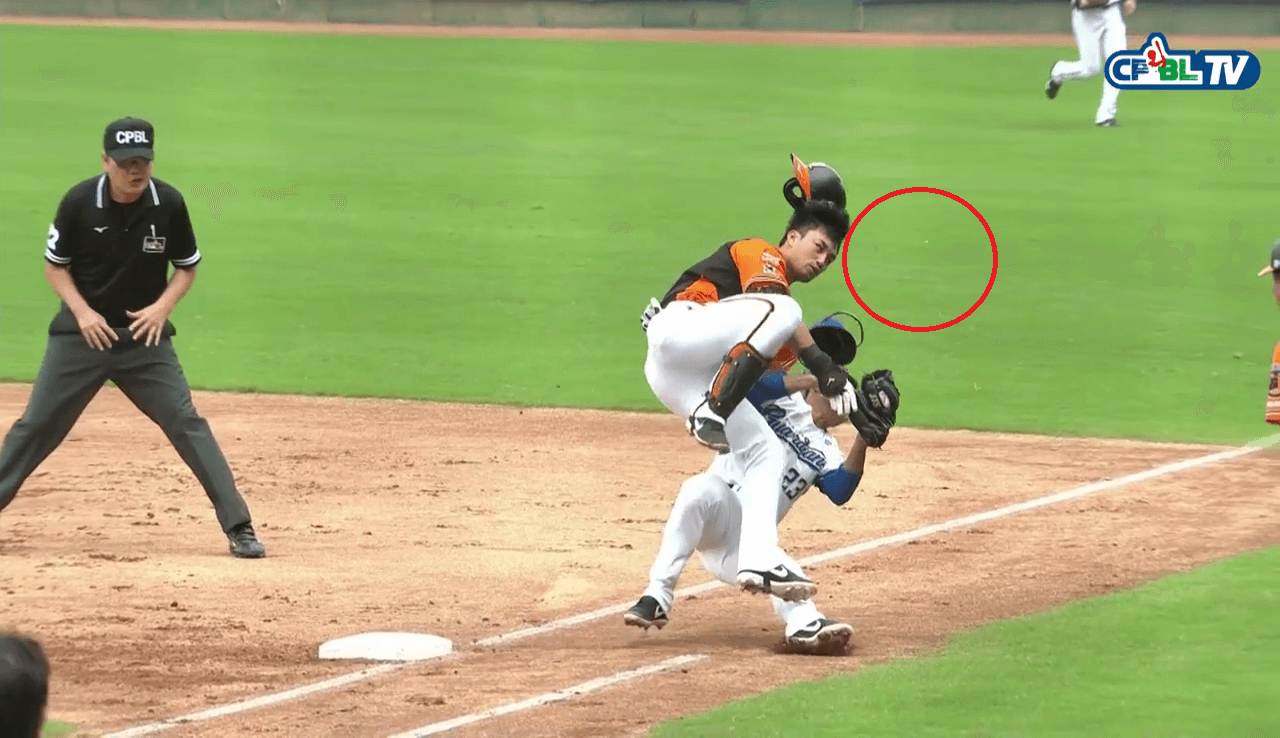 Injuries continue to plague the Uni-Lions. On September 22, infielder 潘彥廷 (Pan Yen-Ting) exited the game early after losing two of his teeth in a horrendous base-running collision.

During the top of the second inning, Pan chopped a weak grounder between the first baseman and the pitcher. With the base left wild open, the Guardians’ second baseman Yang Chin-Hao immediately rushed in to cover the first base.

The Guardians’ first baseman scooped up the ball then made a soft toss to the second baseman, and that is where everything went wrong.

The toss was slightly off, which put the second baseman right in the basepath, and it was too late to stop. Pan crashed right into Yang at full speed, and both players went down hard. After a brief moment of rest, both players were able to walk themselves off the field.

Pan lost two of his teeth and has a laceration inside of his mouth, which required stitches. Yang, on the other hand, experienced the early symptom of a concussion and sustained multiple contusions on his head and shoulders.