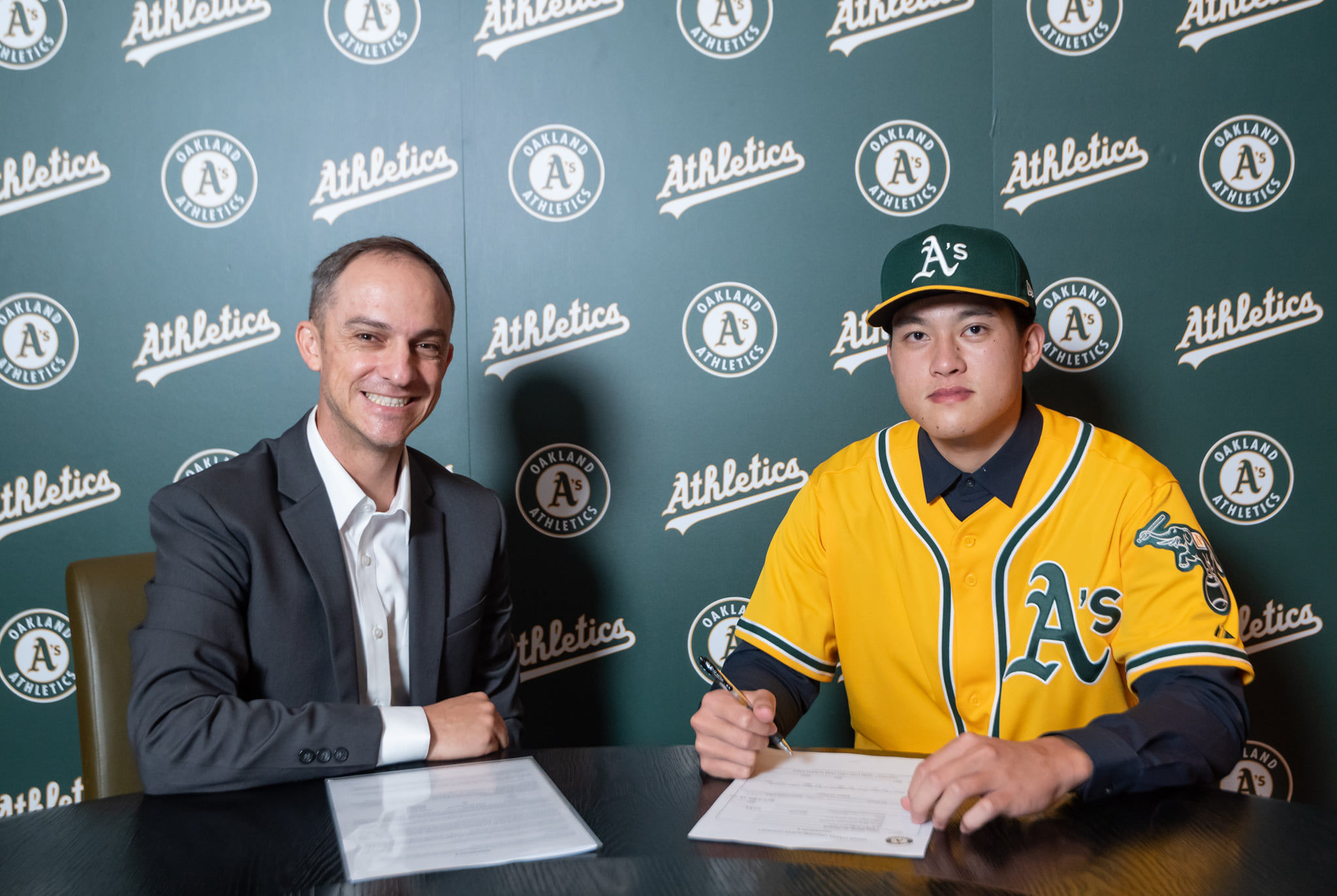 On November 24, the Oakland Athletics have announced the signing of 莊陳仲敖 (Chen Zhang-Ao Zhuang) as an international free agent.

According to the local media, the 21-year-old university right-hander’s signing bonus is reportedly around 500,000 USD.

According to Yahoo Sports Taiwan, the agent of 莊陳仲敖 (Zhuang Chen Chung-Ao) have arranged a showcase workout for him in the USA at June this year.

The 21-year-old university RHP's fastball reportedly reached 95mph on that day and have a least 1 MLB team offered him a contract pic.twitter.com/FeRdUOtwFx

Not exactly sure why the Oakland A’s went with this rather strange name arrangement, but “Zhuang Chen” is actually his family name. It’s one of those double-barrelled names here in Taiwan.

For some reason, the A’s split his double-barrelled family name and put Chen at first and slotted Zhuang at the end. And now we have this Frankenstein-esque “Family Name / Given Name / Family Name” name arrangement.

Updates (November 26): We received more information regarding this naming arrangement issue. According to the representative from the A’s organisation, they are fully aware of the double-barrelled family name. But the player’s family decided to go with the “Chen Zhang-Ao Zhuang” format. He will be known in English romanisation as Chen Zhang-Ao (given name) Zhuang (family name).

According to UDN, Zhuang Chen Zhong-Ao apparently went to the USA back in June this year to workout in front of MLB scouts. Although he received an offer back then, he did not accept it as the contract amount did not meet their expectation.

Fast forward a few months, in late September, Zhuang Chen Zhong-Ao represented Taiwan in the WBSC U-23 Baseball World Cup in Mexico. In two games, he struck out 14 and only allowed one walk and four runs across 9.1 innings of work.

Zhuang Chen Zhong-Ao’s fastball topped out at 154kph (95.7mph). He also throws a pretty decent split-change that can go against batters from both sides of the plate, an average curveball and a below-average slider.