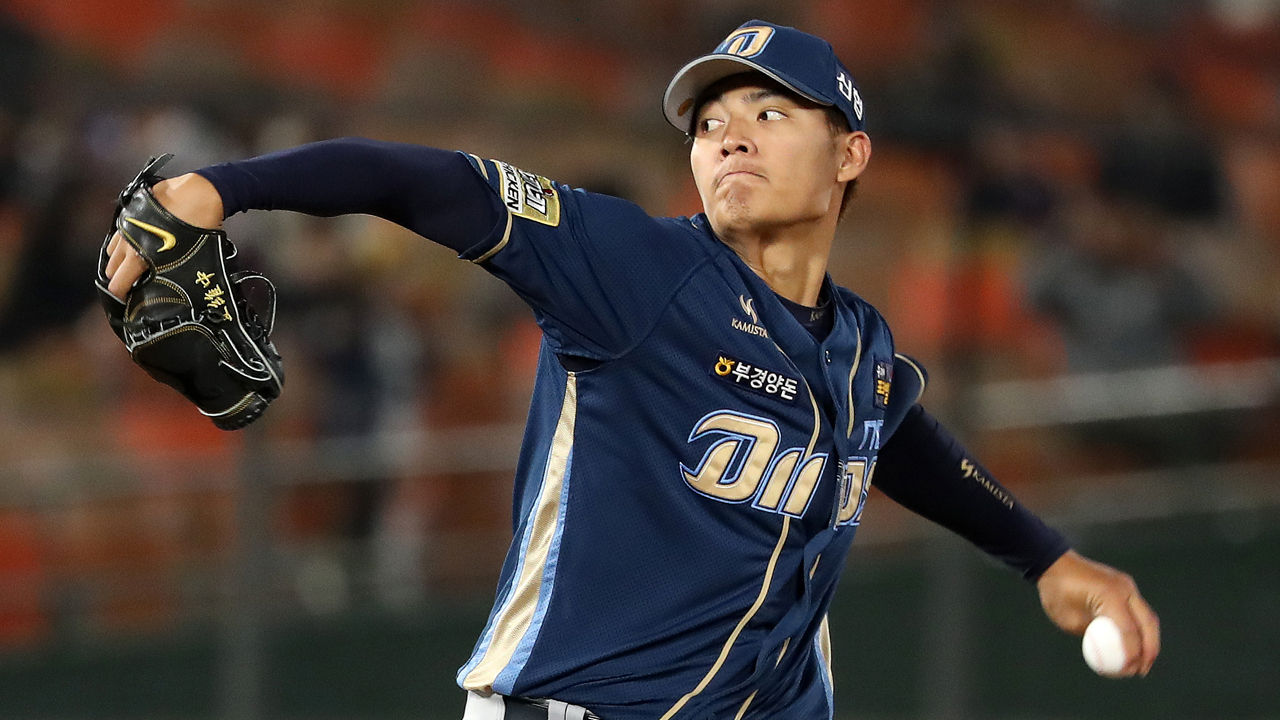 Reporter Melissa Lockard was the first to broke the news on Twitter after she noticed Wang’s name on the Athletics’ non-roster invitees list for the 2019 spring training.

Apologies if this was already out there and I just didn't see it but left-hander Wei-Chung Wang has been added to the #Athletics NRI list. Has appeared in 22 MLB games as a reliever, was in Korea last season.

Third Taiwanese Signed by the A’s

With Wang Wei-Chung joining the Athletics organisation, he became the third Taiwanese players that signed with the A’s.

With Wang being the relief pitcher within the Brewers’ system the previous year, as many expected, Wang ran into some fatigue problems towards the latter half of the 2018 KBO season.

Despite missing a few starts, Wang still finished the 2018 season being the ace of the NC Dinos. However, the team still decided not to re-sign Wang at the end of the season.

In 2011, at the age of 18, 王維中 (Wang Wei-Chung) was signed out of Taiwan by the Pittsburgh Pirates as an international free agent.

In 2013, Wang was picked up by the Brewers during the Rule 5 Draft and made his MLB debut in 2014, thus jumping from the rookie league straight to the MLB.

After his mandatory MLB tour in 2014, the Brewers sent Wang down the High-A in 2015 for further seasoning. Wang eventually reached Triple-A in 2016 and had another short stint in the MLB the following season.

Wang spent the majority of his 2017 season in the Triple-A. In the hitter-friendly Colorado Springs, he wound up posting a 2.05 ERA and a 1.21 WHIP across 57 innings with 48 strikeouts and 12 walks. 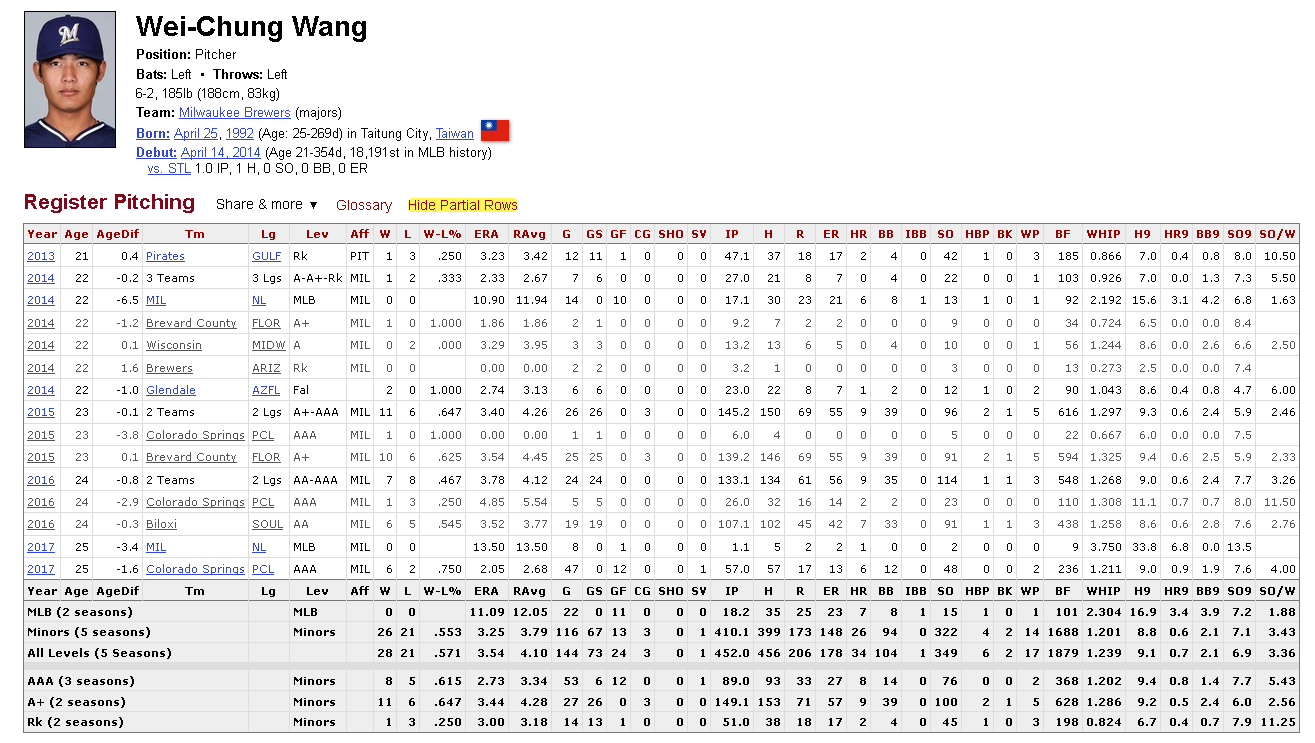 With his return to the MLB system in 2019, it is very likely to see the A’s assigned Wang to Triple-A, given his previous track record within the Brewers system. It is also worth noting, as of today, there are only two left-handers on the Athletics’ 40-man roster.