It’s not an easy journey for two of the MVPs from last nights CPBL games.  Both 朱俊祥 (Chu Chun-Hsiang) & 楊家維 (Yang Chia-Wei) return to the top team in 2017 after being sidelined for 2 seasons due to injuries and health reason. 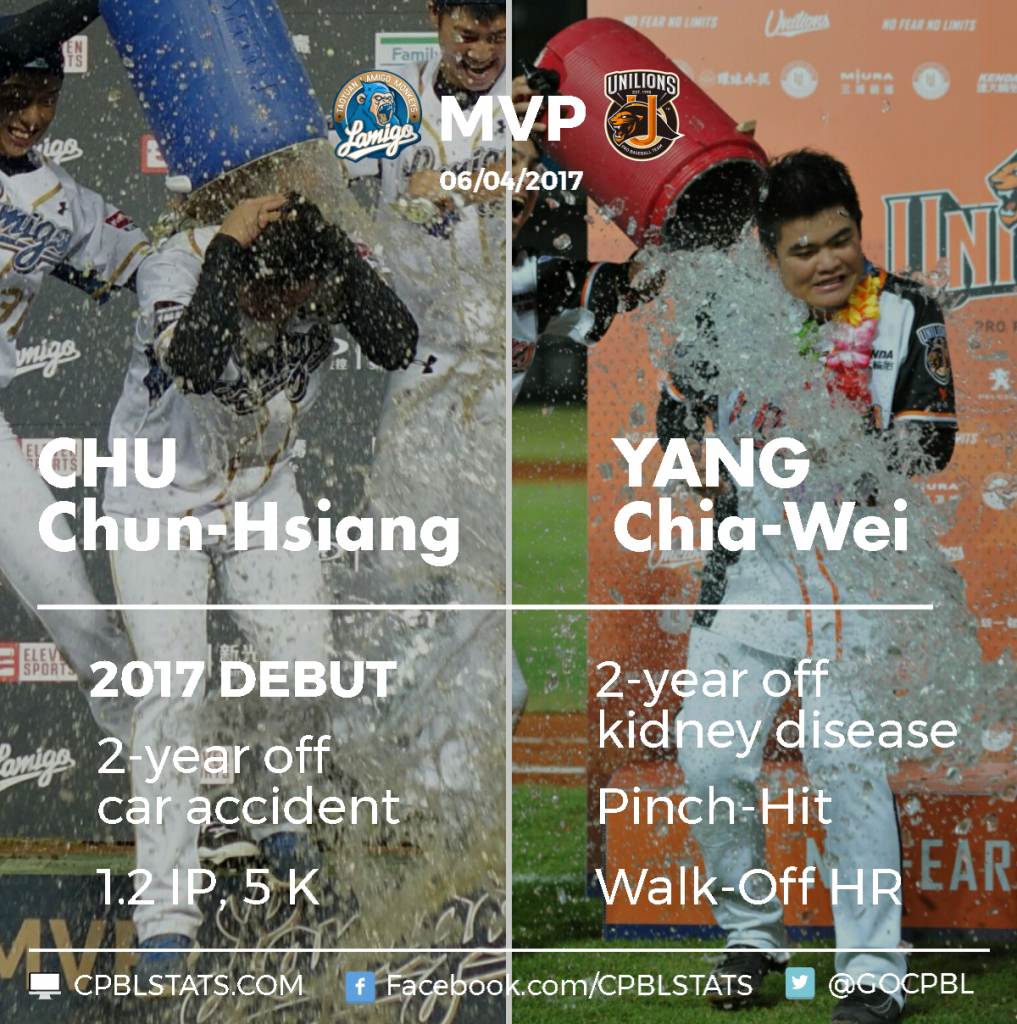 The flame-throwing high school RHP Chu Chun-Hsiang was drafted in the second round by Lamigo Monkeys in 2013.  Chu finished his rookie season with solid 3.23 ERA, 1.43 WHIP, 29 SO over 30.2 innings with his fastball topping at 153kph (96mph)

Unfortunately after the 2014 season, Chu was involved in a serious car accident with open fractures in his right tibia and fibula which sidelined him for 2 seasons.

Chu Chun-Hsiang made his 2017 CPBL debut last night as a reliever against Chinatrust Brothers.  Where he strikes out 4 batters in 1.2 innings while facing Brothers middle of the lineup.

Yang the former Taiwan U18 national team captain was drafted by Uni-Lions in the 2nd round back in 2014.  With the plan of letting Yang to take over the primary short stop role in the future.

However, after signing with Uni-Lions Yang was diagnosed with chronic kidney disease.  After battling with the disease for the past 2 seasons, Yang finally returns to the top team in 2017 and hits his first career walk-off home run last night.