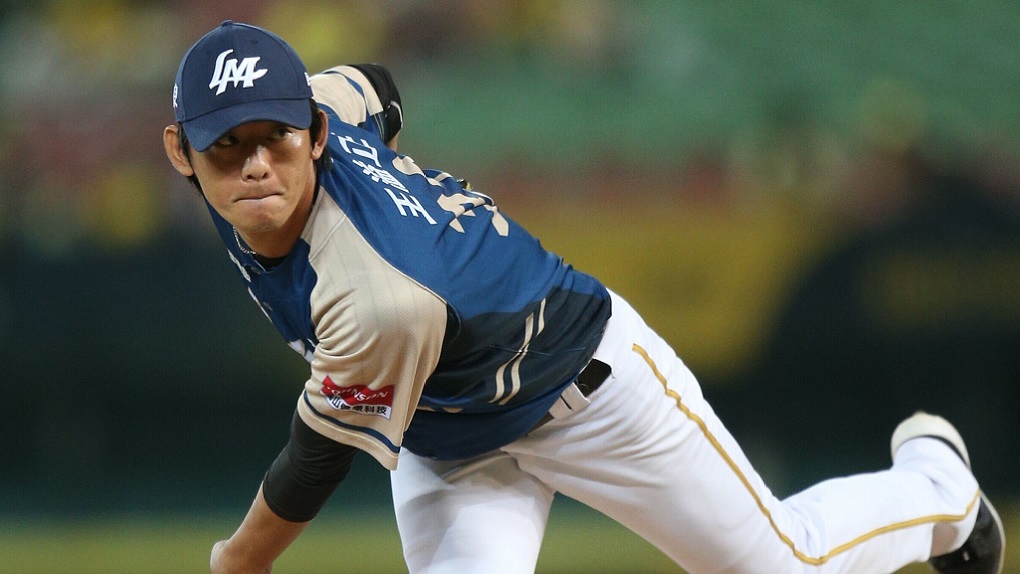 On October 15, the Lamigo Monkeys’ smashed through the Chinatrust Brothers’ pitching with an early seven-run inning during game three of the 2019 Taiwan Series. With a 8-4 win over the Brothers, the Monkeys are now leading 2-1 in a best-of-seven series.

Game three started smoothly for the Brothers’ ace Mitch Lively. Despite giving up a lead-off double, he cruised through the first inning with only 12 pitches.

The Monkeys’ offence woke up in the second inning and took full advantage of Lively’s brief control issue. The team amassed a total of seven runs in that inning along which ultimately cemented their victory over the Brothers.

Lively faced 11 Monkeys’ hitters during the top of the second inning. He allowed five hits and issued three consecutively walks; two of the walks happened while the bases were loaded. The Monkeys jumped on the scoreboard early with a 7-0 lead.

The Brothers’ ace finished the night with six innings of work and was charged with eight earned runs. He also struck out three and walked four during his outing.

Moving on to the other starting pitcher, the Lamigo Monkeys’ 王溢正 (Wang Yi-Cheng) once again proven he is the go-to-guy for post-season baseball. Wang delivered another gem in the Taiwan Series where he gave up four earned runs across 7.1 innings with seven strikeouts.

After last night’s win, Wang Yi-Cheng is now on a five-game win streak at the Taiwan Series since 2014. He currently tied the Uni-Lions’ Luther Hackman for the record.

The two teams will meet for game four on October 16 at Taichung stadium. The Monkeys have named Thomas Dorminy as their starting pitcher for game four. The Brothers will send 楊志龍 (Yang Chih-Lung) to the mound hoping to even the best-of-seven series.