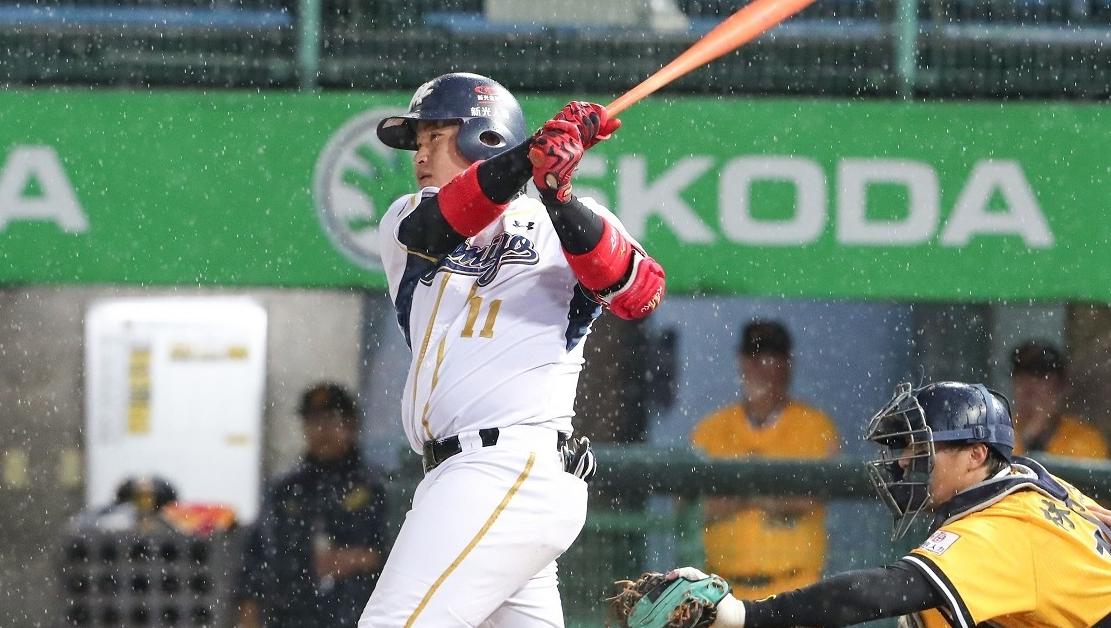 After being shut down by the Brothers’ pitching in game one, the Lamigo Monkeys returned with their offence on full display in front of over 17,000 fans and took Game Two of the Taiwan Series.

“Our players were under a lot of stress the first three innings, but they seem to settle down after that. Before the game, we (management) told our young players that there’s nothing to be scared. Just go out there and treat this as another game,” said the Monkeys manager Hung I-Chung in the post-game interview.

The Brothers continued with their hot hands at the start of the game, with double from 吳東融 (Wu Tung-Jung) and a throwing error from Monkeys catchers, the Brothers scored their first run of the game. 張志豪 (Chang Chih-Hao) then followed up with a 2-run opposite field home run which put the Brothers ahead 3-0 in the first inning.

Both teams’ offence goes back and forth with the Monkeys scored two runs, while Brothers managed to get three more off the Monkeys’ starting pitcher Darin Downs. After three innings, the Brothers carried a 5-2 lead.

The Big Inning at 4th

With the Brothers’ starting pitcher Orlando Roman unable to keep his pitches down, the Monkeys started the fourth inning with a back-to-back single from 林承飛 (Lin Cheng-Fei) and 林智平 (Lin Chih-Ping). After laying down a bunt to advance the runners, 藍寅倫 (Lan Yin-Lun) rips a 2-RBI double down the gap.

With Monkeys quickly closing the gap, the Brothers pulled Orlando Roman and activated their bullpen hoping to stop the bleeding. Reliever 官大元 (Kuan Ta-Yuan) then was able to get the second out of the inning with a grounder.

Facing the CPBL Quadruple Crown Winner 王柏融 (Wang Po-Jung) with the game-tying run in scoring position, the Brothers management decided to intentionally walk Wang and face 林泓育 (Lin Hung-Yu) instead. And then everything goes downhill from that.

Kuan managed to get 林泓育 (Lin Hung-Yu) hits a routine grounder. However, it came with a bad hop. Despite the Brothers’ second baseman trying to block it with his glove at the last moment, it hopped over him, and the Monkeys scored the game-tying run.

Monkeys continued their rally. First with go-ahead RBI single from 陳俊秀 (Chen Chun-Hsiu) followed by a 2-RBI double from 郭嚴文 (Kuo Yen-Wen). With six hits and a walk, the Monkeys scored six runs and now with an 8-5 lead after the bottom of the fourth inning.

Despite the horrible outing in game one, the Monkeys’ bullpen was outstanding in game two, finished the last three innings without giving up any hit or walk, while struck out four in the process.

Monkeys were able to break apart Brothers’ bullpen by scoring another two runs in the sixth, seventh and the eighth inning to further expend their lead to 14-5. And the rest is history, the Lamigo Monkeys take game two of the Taiwan Series and now lead the series 2-1.

Brothers will bring the series back to Taichung hoping to tie the series.  LHP 洪宸宇 (Hung Chen-Yu) will be the game three starter for the Brothers, while Monkeys will have RHP Zack Segovia on the mound.