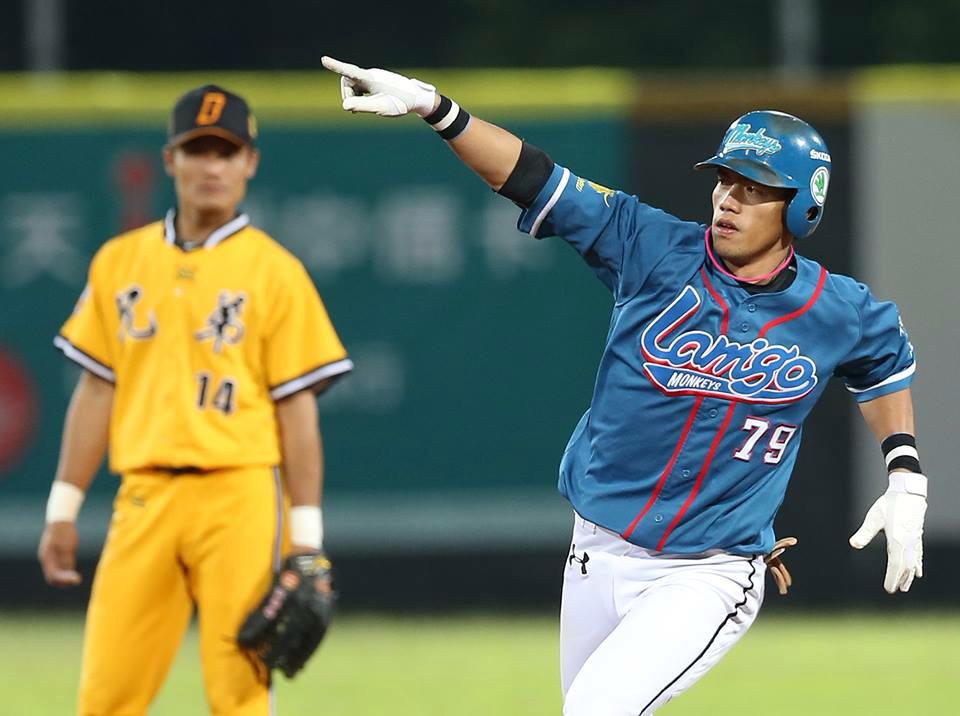 Inspired by the recent MLB event of George Springer collecting six hits in a single game, let us turn back the clock to 2015 and take a closer look at the Lamigo Monkeys’ 林智平 (Lin Chih-Ping) CPBL record-breaking six-hit game.

On the night of March 27, 2015, it was another typical high scoring CPBL game where the Monkeys defeated the Brothers 11 to 1.

But what makes it so rare was the Monkeys’ 林智平 (Lin Chih-Ping) becoming the first player in the CPBL history to collects six hits in a single game.

Lin finished the night 6-for-6 at the plate with 2 runs scored and 3 RBI. In a way, you can say Lin Chih-Ping single-handedly defeated the Chinatrust Brothers, as the Brothers only had 5 scattered hits with 1 run scored. (Lin had 6 hits and 3 RBI.)

With the Astros' George Springer hitting 6-for-6 today. Here is a look back at #Lamigo Monkeys' 林智平 (Lin Chih-Ping) setting the #CPBL record for having a six-hit game back in 2015. https://t.co/WFUUHnBhgh pic.twitter.com/Tu5bXNyCEC