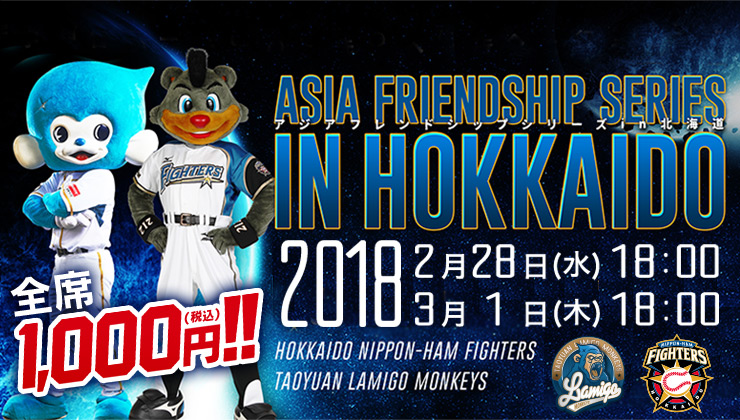 The Lamigo Monkeys have announced the final 25-man roster for the upcoming exhibition series against the Hokkaido Nippon-Ham Fighters at the end of February.

According to the Monkeys’ skipper. Darin Downs and Bruce Kern III will be the starting pitchers against the Fighters at the Sapporo Dome.

How to Watch Asia Friendship Series in Hokkaido?

The exhibition series will be available to stream on the CPBL TV. Here is a step by step English guide on how to sign up and purchase the CPBL TV subscription (CPBL TV cost roughly $35 USD a year).