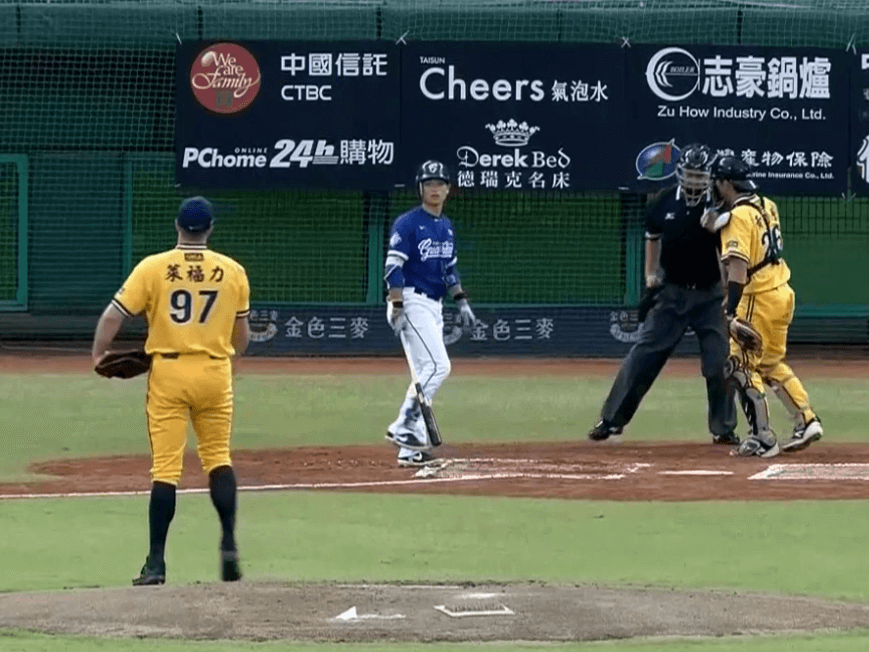 On and Off, Mitch Lively Messing With Timing

The Chinatrust Brothers’ right-hander Mitch Lively has always been a trickster on the mound. In the past few seasons, Lively came up with many fun and creative ways to mess with hitters and runners on base.

On July 16, on the top of the first inning, Mitch Lively made it look like he intended to step off the mound. However, as soon the hitter started to back out, Lively quickly fired a 148kph (92mph) fastball down the middle.

With the count being 1-2, the Guardians’ Wang Cheng-Tang had to quickly react to that by fouling it off at the very last moment. Lively ended up getting Wang to ground out to short and finished the at-bat.

“That was the first time I’ve ever done that,” said Mitch Lively in an interview with Camera Bay Sports. “I’ve been practicing that in the bullpen for the past couple of weeks.”

“Three out of my last four starts were against the Guardians. I figured I needed to mix something up to disrupt the hitter’s timing in my advantage.”

“The CPBL is a hard league with four teams. You will face the same hitter 40 to 60 times a year, and they know everything you throw. I am just trying to do new things so they can’t get too comfortable with everything I do.”

On July 17, the umpire Su Chien-Wen told the media that upon further review after the game, what Lively did was considered as an act of deceiving the hitter. Should it happen again, it will be count as a ball.

“It was borderline illegal,” said the umpire. “We will notify the team to forbid this from happening again.”

Below are some of the best Mitch Lively tricks while on the mound. We have the Satchel Paige windmill windup and the sneaky hat trick pick-off attempt.

#CTBros Mitch Lively is back with his unique wind up. Here is a compilation from last night. #CPBL pic.twitter.com/k68rysT5uo