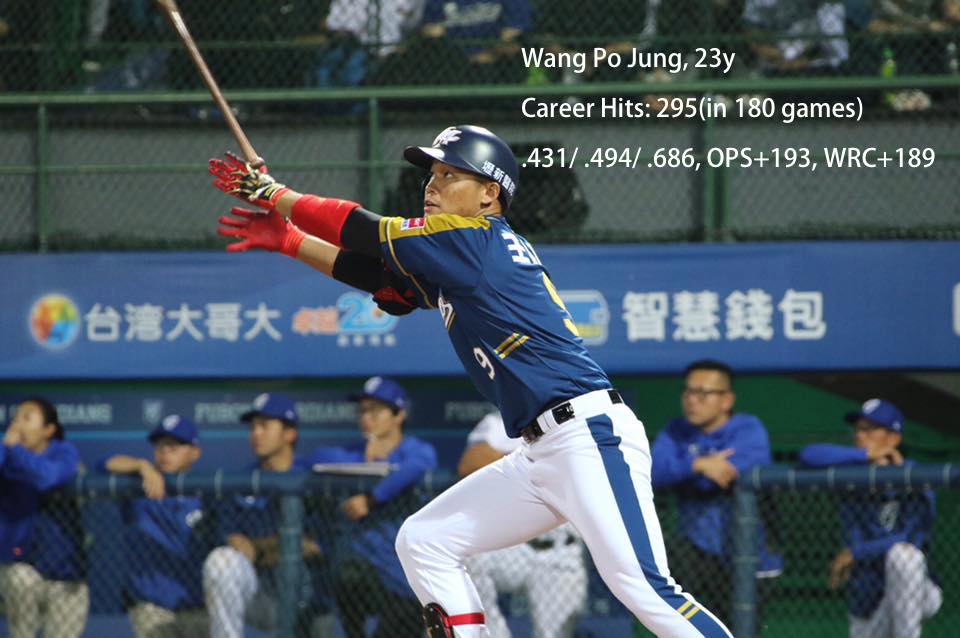 There is no problem in saying the Lamigo Monkeys’ 王柏融 (Wang Po-Jung) is well on his way to becoming one of the CPBL best hitters in 28 years of the CPBL history.

Wang has taken the CPBL by storm since his entry to the league at the second half of the 2015 season. On May 14, 2017, Wang achieved his career 295th hit in his 180th game against the Uni-Lions.

The 23-year-old hit machine is currently on mass production mode at an unbelievable speed which is unprecedented in the CPBL history. With an average of 1.63 hits per game, he is expected to break the CPBL record being the fastest player to reach 300 career hits this weekend.

What is even more impressive is there are still 30 games left for Wang to get the five hits to break the record, which was previously set by the former Dodgers’ 胡金龍 (Hu Chin-Lung) in 2015.

Wang Po-Jung proved his adjustment and fast growth in the league when competing with other experienced batters. As it today, he is currently hitting .431/.494/.686 with .255 IsoP (league average .160) while leading the league with 189 WRC+.

With the upcoming home series at the Taoyuan stadium, Wang can put one momentous step behind him and look toward another. He is now just five hits shy of reaching career hits 300.

Monkeys fans should block their schedule and see this rising star writing a brand new chapter in his career and also in the CPBL history book.