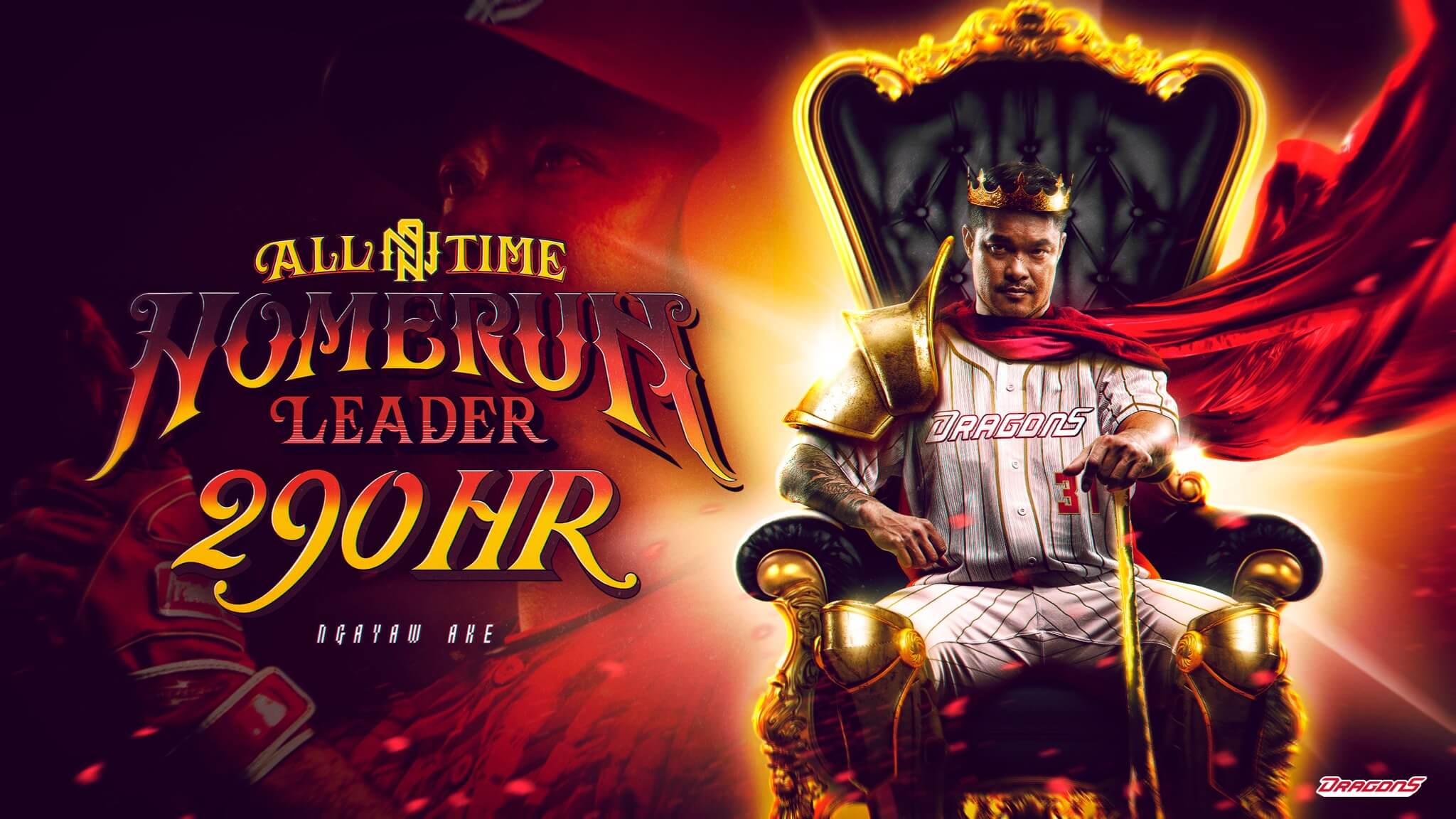 The record-breaking homer happened during the top of the fifth inning with a 2-1 count. Lin Chih-Sheng took a hanging slider thrown by Wang Ching-Ming and sent it to deep left for a solo home run.

It was a no-doubter when the 19-season veteran slugger made contact with the ball. It was only a matter of where the ball will land in the outfield bleachers.

“I wasn’t in my best condition,” said the new CPBL Home Run King Lin Chih-Sheng. “It felt like a dream as I was rounding the bases. It didn’t register that I broke the record in my head until I stepped on home plate.”

Once Lin Chih-Sheng returned to the dugout, he was welcomed by his teammates and coaches for setting the new CPBL record.

Among those congratulating Lin was one very special person, the Dragons hitting coach, the former CPBL Home Run King (289 HR), Chang Tai-Shan. The two of them locked eyes and gave each other a big long hug. In a way, it symbolised the act of passing on the torch.

“Lin Chih-Sheng is a big game player,” said the former CPBL HR King Chang Tai-Shan, “If there are any high-stress situations, he can always get the job done and contribute to the team.” 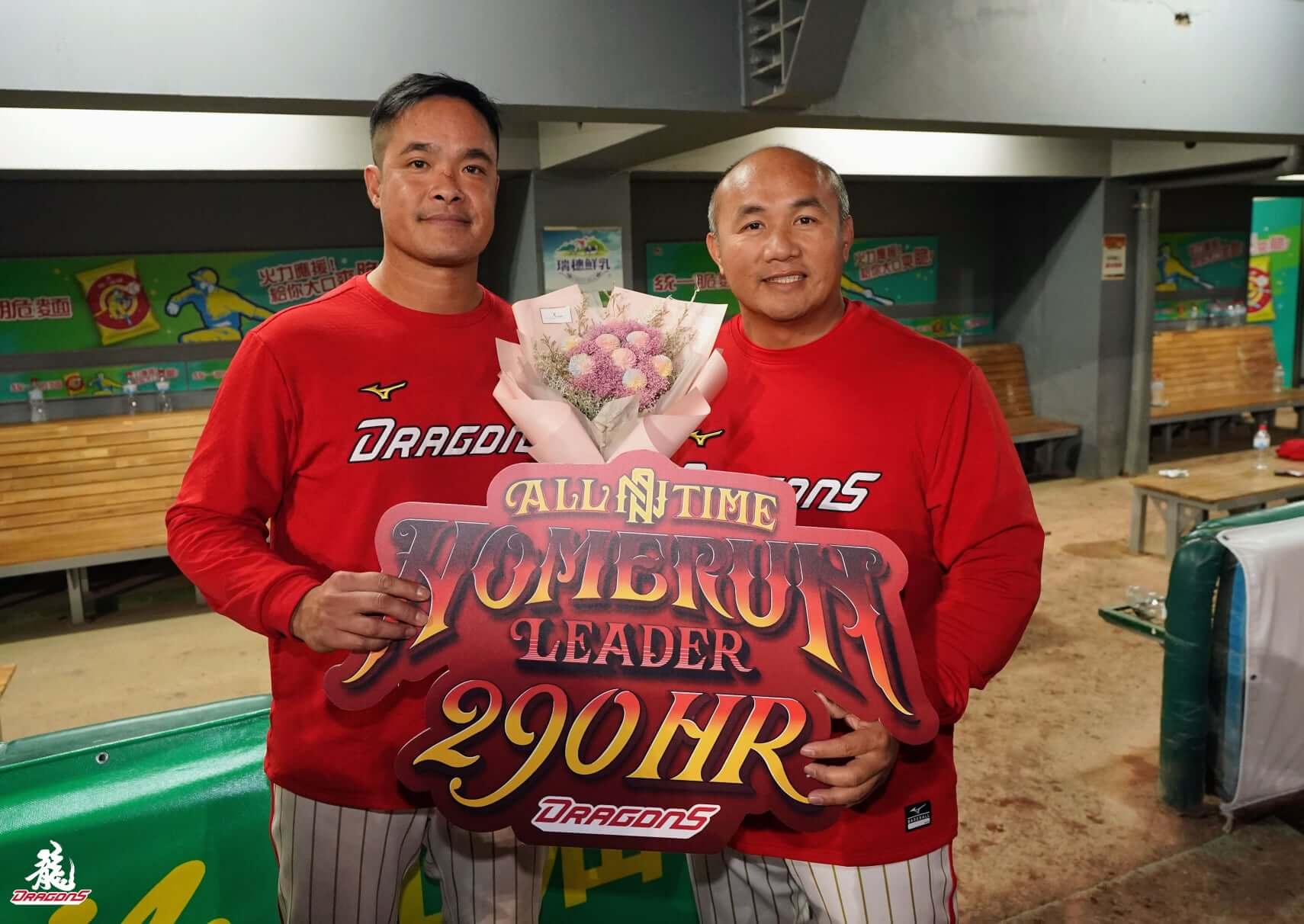 According to the team, in less than 30 minutes, they sold more than 50,000 USD worth of merchandise. One of the most popular products is the Home Run King bobblehead. The Dragons apparently received close to 1000 orders of it. 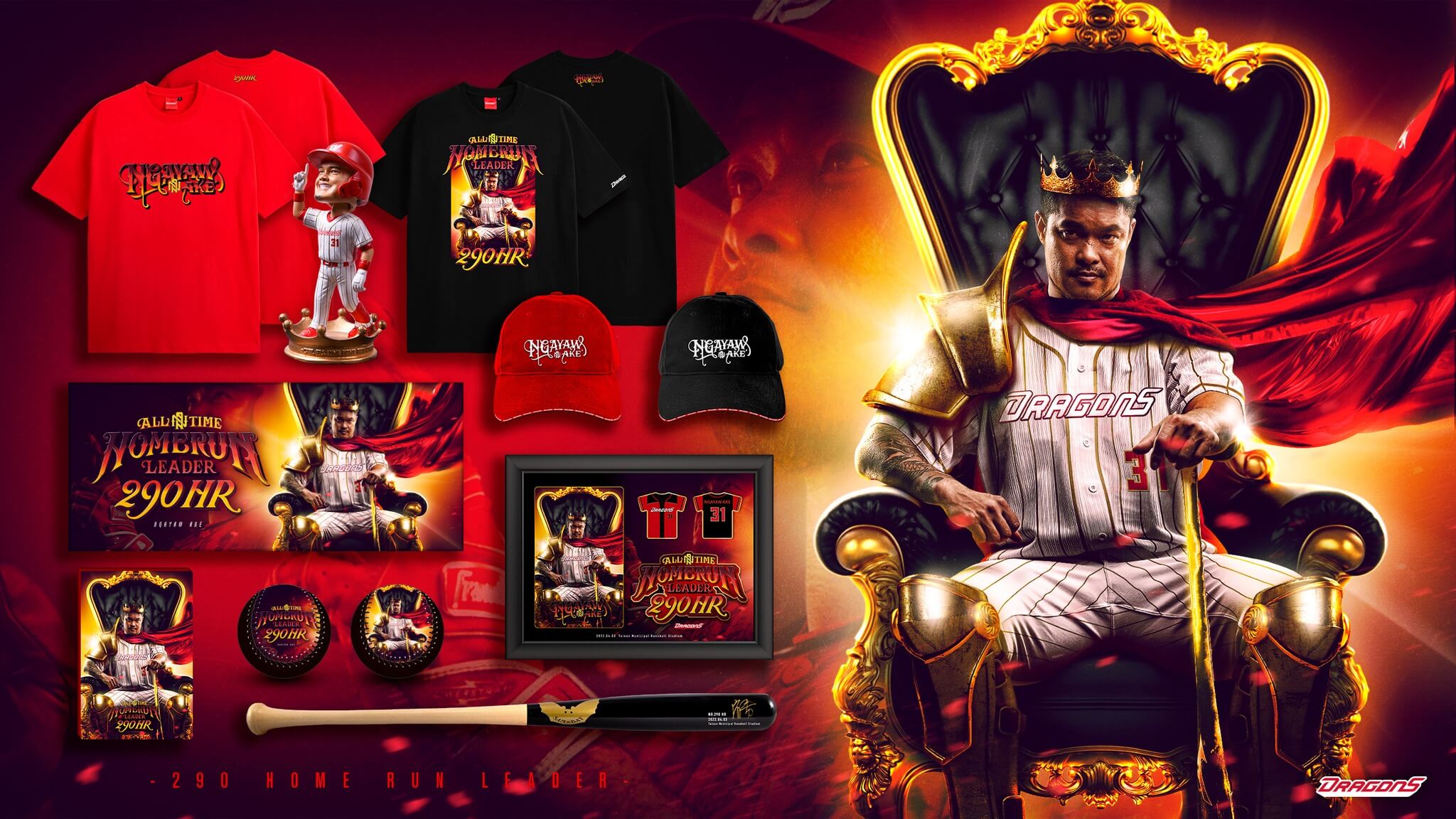