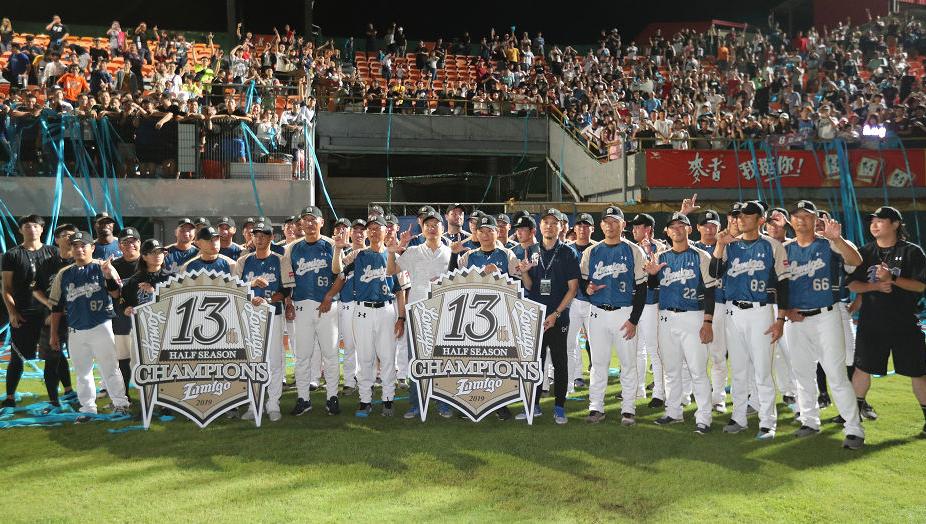 The Lamigo Monkeys has done it again! On the night of June 25, after defeating the Uni-Lions 5-4 and with the Guardians-Brothers’ game ended in a 4-4 draw. The Monkeys have won the 2019 first-half season title and secured a spot in the 2019 Taiwan Series at the end of the year.

Talk about being the most dominant team in the CPBL, the Lamigo Monkeys have won five consecutive half-season titles and took home four Taiwan Series Championship in the past five seasons.

“One of the critical moment during the first-half season was in May when we swept the Brothers,” said the Monkeys manager Hong I-Chung. “We made the right call to temporary used Radhames Liz as our closer in that series.”

Hong went on and thanked all the Monkeys fans that travelled to Tainan and stayed after the game to celebrate with the team. The Monkeys’ manager was in such a good mood, and he even showed off a little dance move to entertain the players and fans.

Celebrate Inside the Locker Room at 11:30 pm

It was quite an interesting sight after the game, as the Monkeys had to wait for the Guardians-Brothers game to finish before they can find out whether they have clinched the playoff berth or not.

While waiting for the result, Monkeys players were just eating their dinner at the Uni-Lions’ away team locker room and watching the other game on TV. The team did not get to celebrate until 11:30 pm. 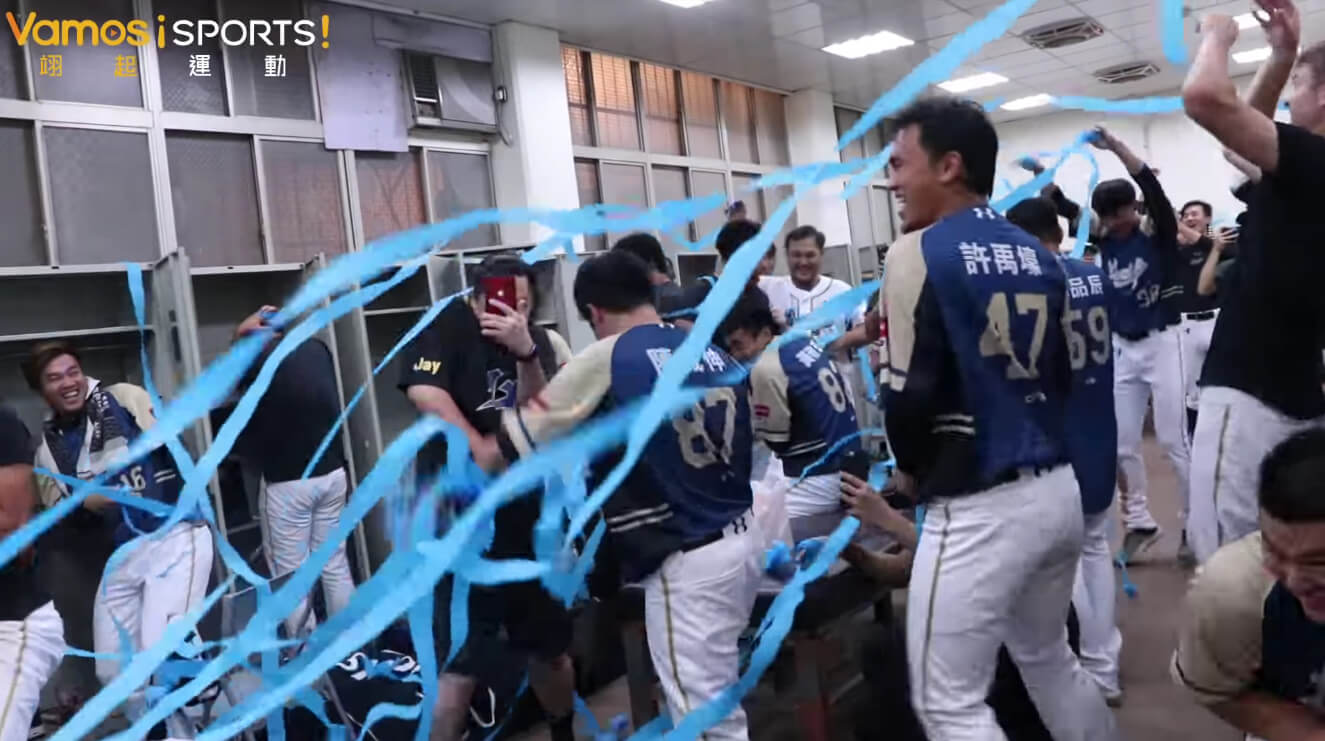