The Lamigo Monkeys will bring back the 2014 classic black uniform “The Black Tide” for their upcoming Taiwan Retro Theme Nights on April 21-22.

Apart from the special uniform, the team have also announced a series of pre-game entertainments which include the world record holder Maurizio Zapata to walk across the stadium on a wire in blindfold. 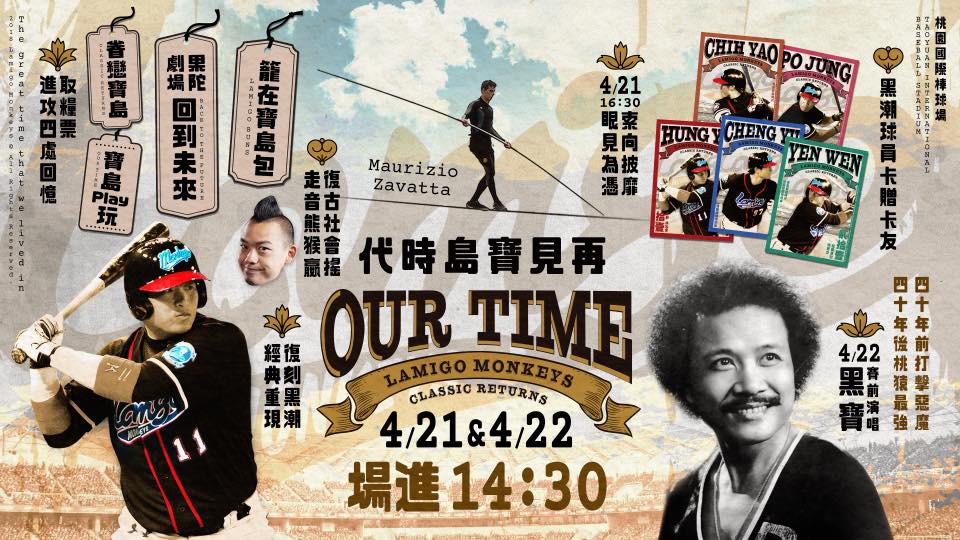 The Monkeys first introduced the Black Tide uniform back in 2014 to celebrate the franchise’s ten years anniversary.

Here is a little quick history lesson to bring you up to speed, before changing their name to the Lamigo Monkeys and moving to Taoyuan city in 2011, the Monkeys were known as the La New Bears (2004 to 2010) which based in the city of Kaohsiung in the south.

Back to the uniform, so to celebrate their ten years anniversary, the Monkeys have launched a series of black uniforms that season. (The Black Tide and the Screaming Ape weekend uniform)

With the team slowly transformed into a pure offensive team, the design team settled down on black as the primary colour, which symbolised the Monkeys are always ready to strike.

For pre-game entertainment, the Monkeys have invited the Italian wire walker Maurizio Zapata, a Guinness World Records holder to walk across the stadium on a wire 50 metres off the ground while in blindfold. 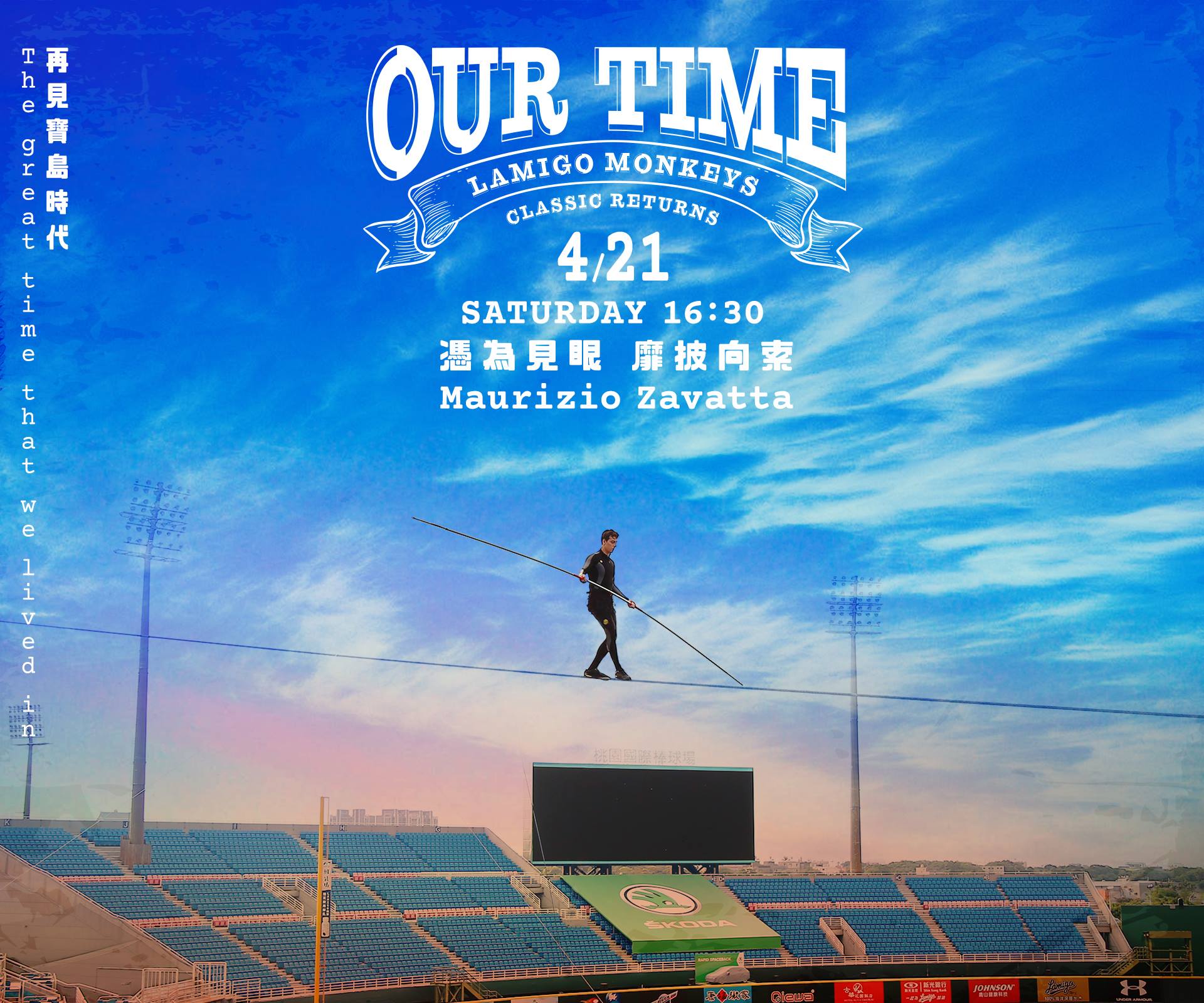 The 75 years old Taiwanese singer 黑寶 (Hei Bao) will perform a few of his 80s hits during the weekend event, which include the original version of the Lamigo Monkeys’ rally song “Taoyuan Warriors”. 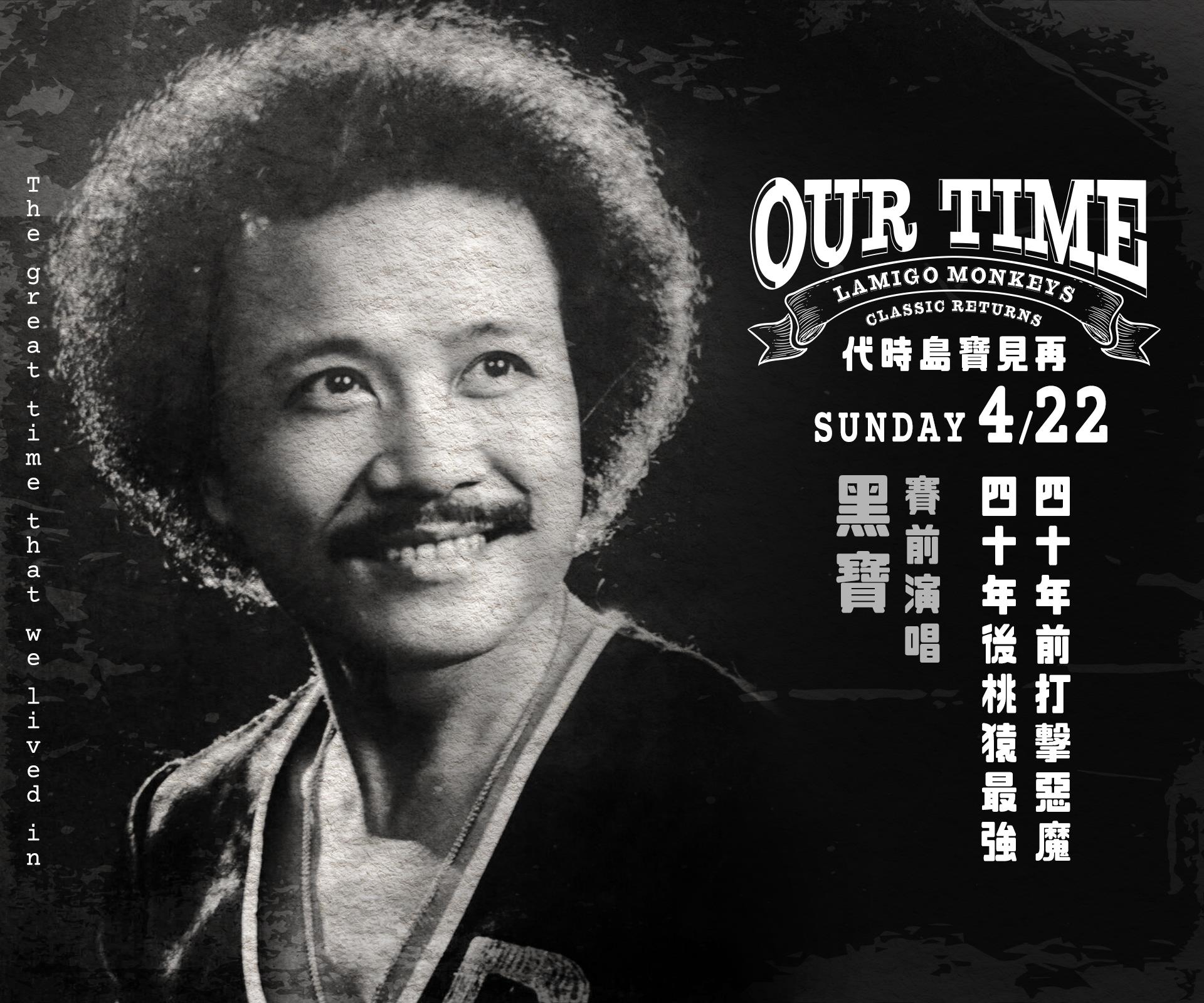