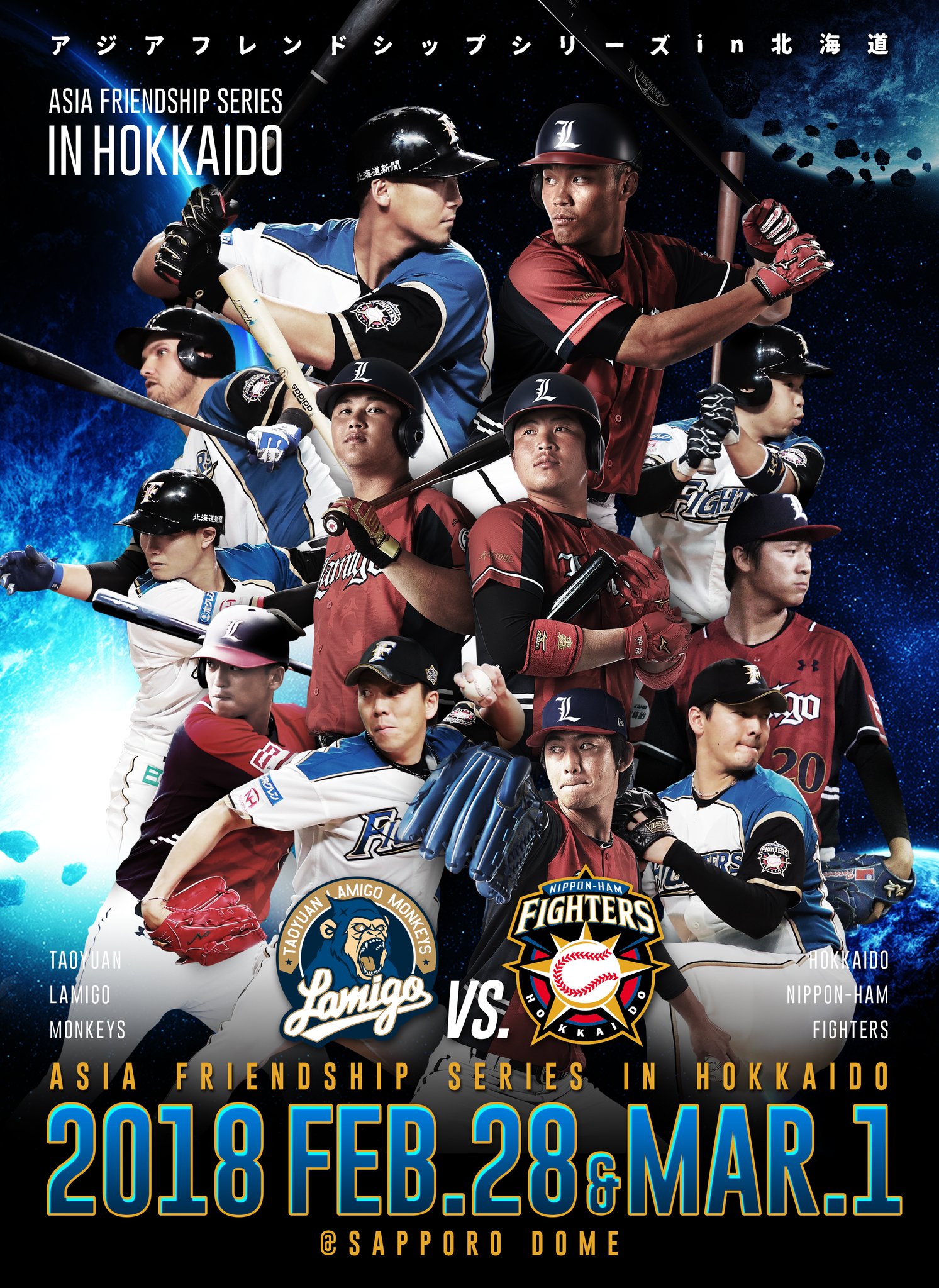 The winner of the 2017 Taiwan Series have been invited to have 2 exhibition games against NPB’s Nippon-Ham Fighters at the Sapporo Dome from 28 February.

Not the first time those 2 teams meet

The last time those 2 teams played against each other was 11 years ago at Tokyo Dome during the 2006 Asia Series.

La New Bears (Lamigo Monkeys before the name change) faced Nippon-Ham Fighters twice in the tournament, once in the preliminary and another time in the final.  Despite putting up a good fight, La New Bears ends up dropping both games to the Fighters 2:1 and 1:0 and took home the silver medal.