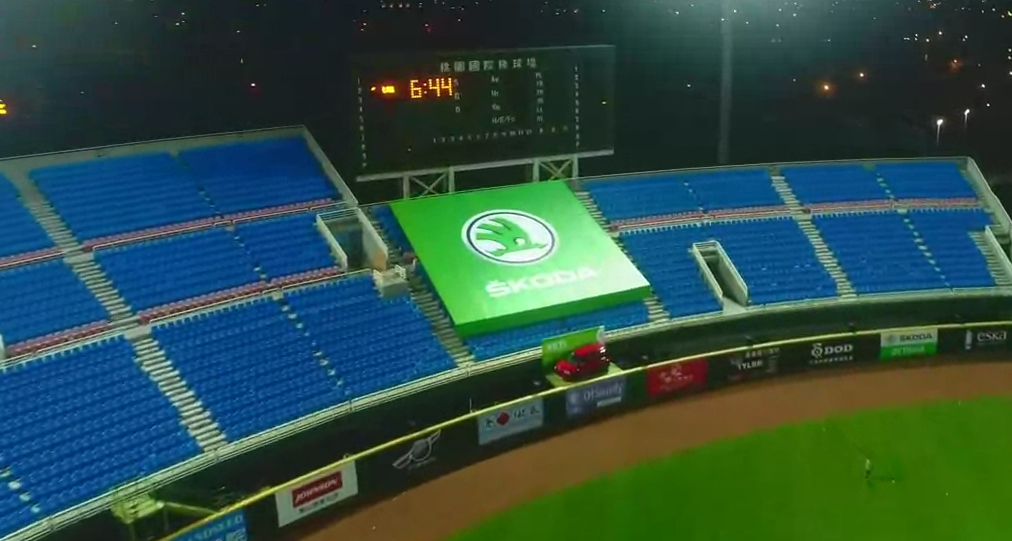 Since 2015, the Lamigo Monkeys has been working closely with automobile manufacturer SKODA Auto. Apart from the standard advertising sponsorship, there is also a car on permanent display above the home run wall.

The idea was if any Monkeys’ players hit the car with a home run, a free car will be given to both the player and a lucky fan from that particular game.

It is a great idea, however, with the location of the car being at “centre-left outfield”, so far, none of the Monkeys players were able to hit it since the installation in 2015.

The EDA Rhinos’ 林哲瑄 (Lin Che-Hsuan) managed to hit it in his CPBL debut, unfortunately, since Lin is not Monkeys’ player he was not eligible for the free car. SKODA did give Lin a miniature model of the car as the consolation prize.

To increase the “hit rate”, in 2017, a few adjustments have been made by the Lamigo Monkeys and SKODA Auto at Taoyuan Stadium. The location of the car has been moved slightly to the left.

The team also added a giant SKODA signage in the outfield bleachers. It is still unknown at this stage what will happen if a home run ball hit the new signage.