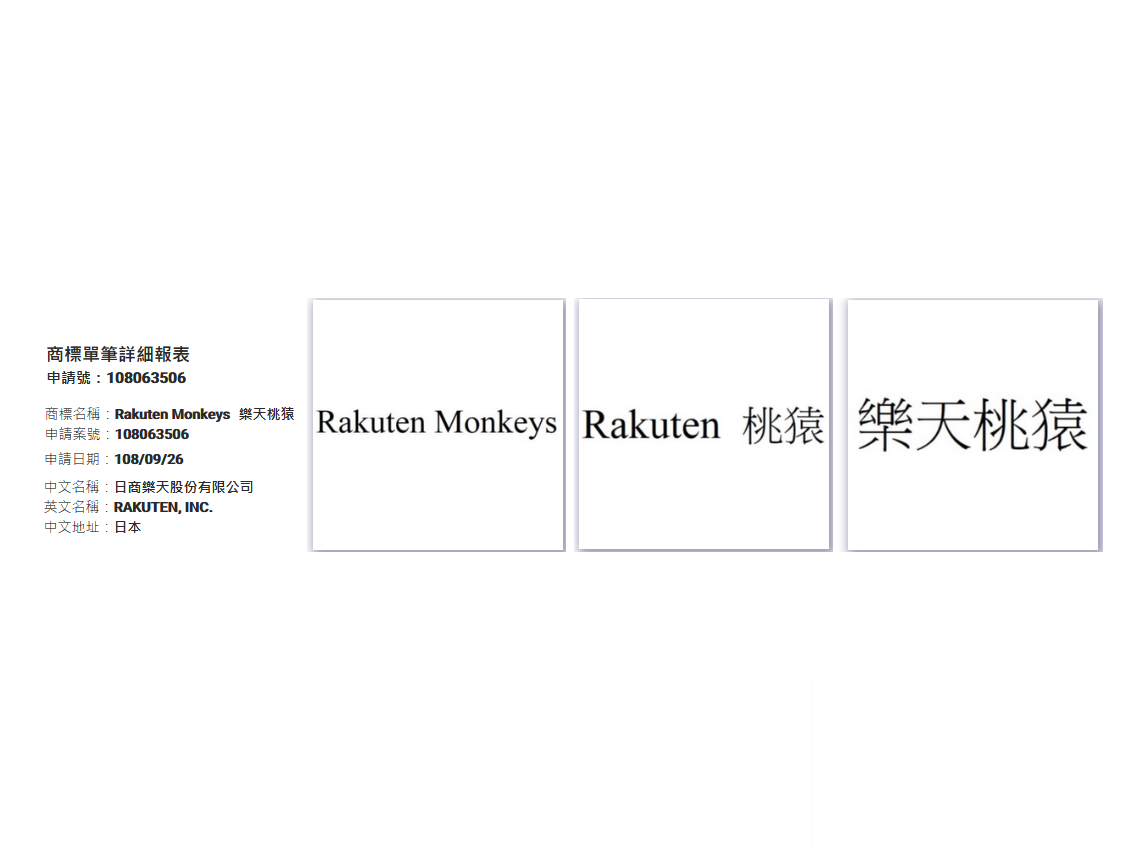 Another potential new name for the Lamigo Monkeys has surfaced recently. According to Taiwan Intellectual Property Office, Japan’s Rakuten Inc had filed a new trademark “Rakuten Monkeys / 樂天桃猿” on September 26.

After reviewing all the potential new names for the Lamigo Monkeys, the name “Rakuten Monkeys / 樂天桃猿” stood out from the rest. Here are the reasons why.

By using “Rakuten Monkeys / 樂天桃猿”, the following can be achieved. Rakuten will be able to promote its brand and raise the public awareness of the company.

Keeping the word “Monkeys / 桃猿”, it will also retain some of the identity of the “Lamigo Monkeys” and the city of Taoyuan. The word “桃猿” which translated as Monkeys, is a play on word combining the Taoyuan City and Apes (Monkeys).