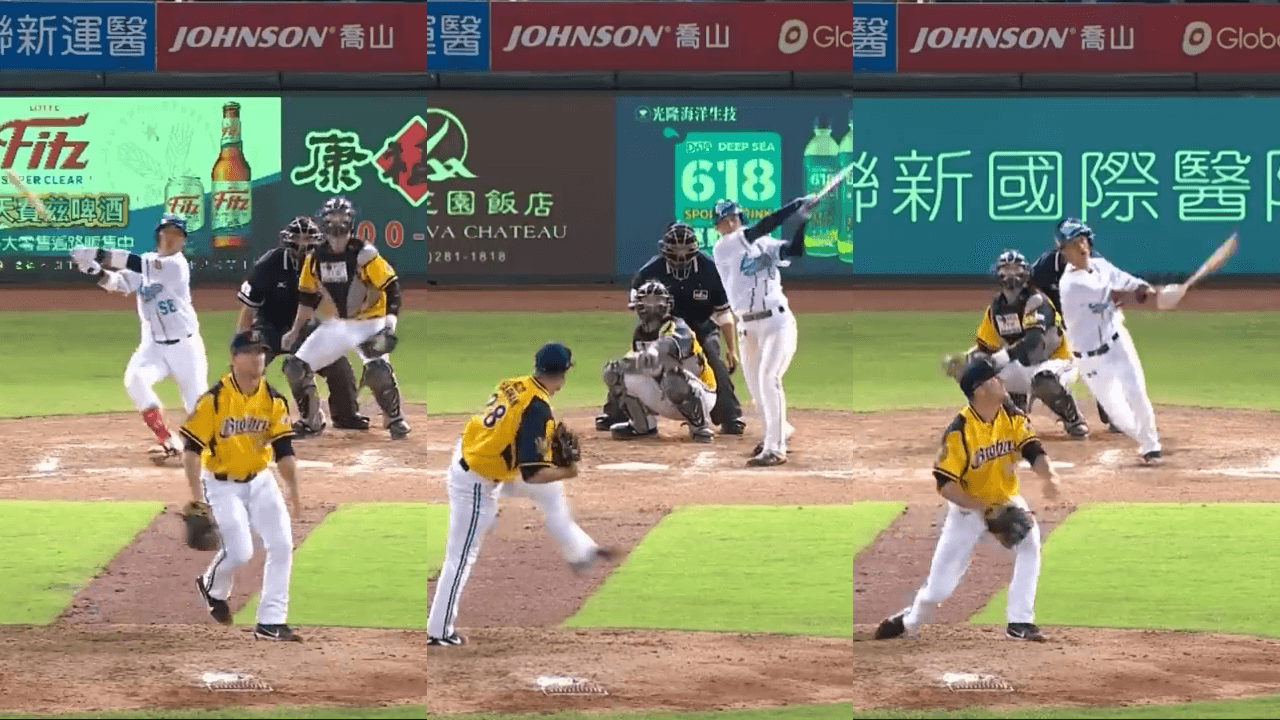 On September 22, the Lamigo Monkeys became the eighth CPBL team in the league’s history to hit three home runs in three consecutive at-bats.

The Monkeys came into the bottom of the seventh trailing the Brothers 4-1. Facing the Brothers’ Casey Harman, the Monkeys 7-8-9 hitters managed to surprise everyone and tied up the game with three home runs in a row.

It was pretty much batting practice for the Monkeys’ hitters in that inning. 廖健富 (Liao Chien-Fu) zeroed in on a full-count pitch down the middle and sent it over the centre field wall. Both 林承飛 (Lin Cheng-Fei) and 余德龍 (Yu Te-Lung) did the same and capitalised on the meatball thrown by Harman.