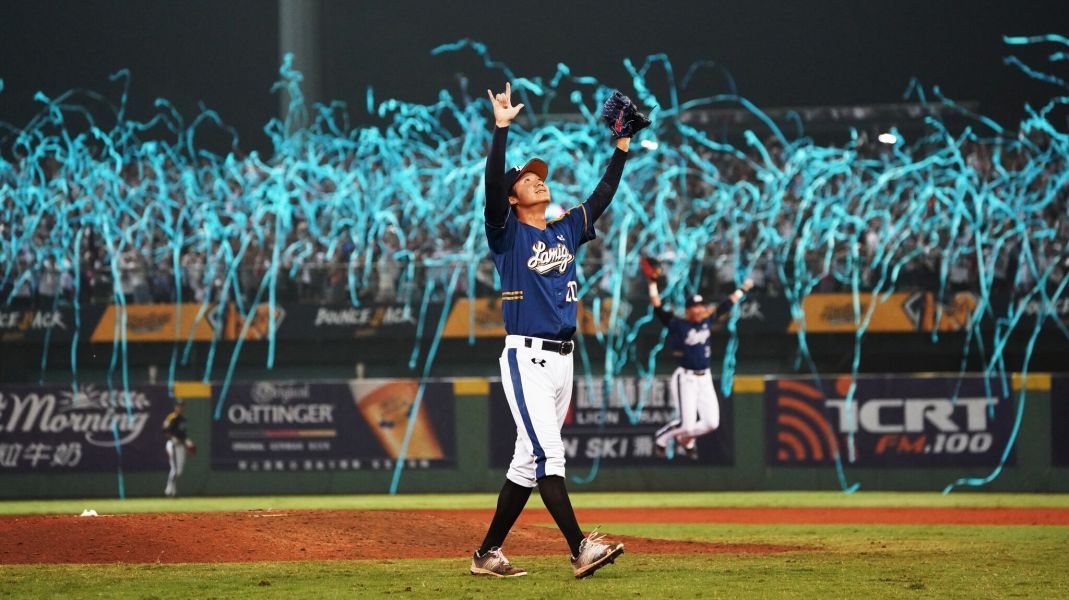 The game four MVP is 林泓育 (Lin Hung-Yu) who hits the game-winning solo shot in the second inning. While the Taiwan Series MVP goes to 陳俊秀 (Chen Chun-Hsiu), who hits for .714 in batting average in this series, at the same time setting a new Taiwan Series record for having seven hits in seven consecutive at-bats.

After two previous blowout games, game four is quite the opposite as both starting pitchers gave a solid performance and were able to go deep into the game.

Monkeys’ 王溢正 (Wang Yi-Cheng) cruises through six innings of work only gave up three hits, one earned run (solo home run to 張志豪 Chang Chih-Hao) while striking out six with only 84 pitches.

Facing elimination, the Brothers sent out their ace Bryan Woodall with only four days rest. Woodall was able to limit the Monkeys’ lineup to only two runs in the first five innings. However Woodall ran into a bit of a jam in the sixth, with two walks and two hits, the Monkeys was able to further extend their lead to 4-1. Woodall finished the night charged with four earned runs while striking out seven.

In the bottom of seventh, the Brothers were able to score another run with a solo shot from their keyman of this postseason 張志豪 (Chang Chih-Hao), as he belted his second home runs of the night and reduced the gap to 4-2.

Drama in the Bottom of the 9th

In the bottom of ninth, the Brothers have once again shown their tenacity. With the Monkeys’ closer on the mound, 陳子豪 (Chen Tzu-Hao) was able to draw a walk, followed by a single from 彭政閔 (Peng Cheng-Min), the Brothers now have runners on first and second with only one out.

After a mound visit, closer 陳禹勳 (Chen Yu-Hsun) settled and struck out the next two batters and secured the final victory for the Monkeys.

When you're 1 out away from winning your 1st Championship after 17 seasons. Featuring #Lamigo veteran LHP 林英傑 (Lin Ying-Chieh) #CPBL pic.twitter.com/qMC7ulr66n