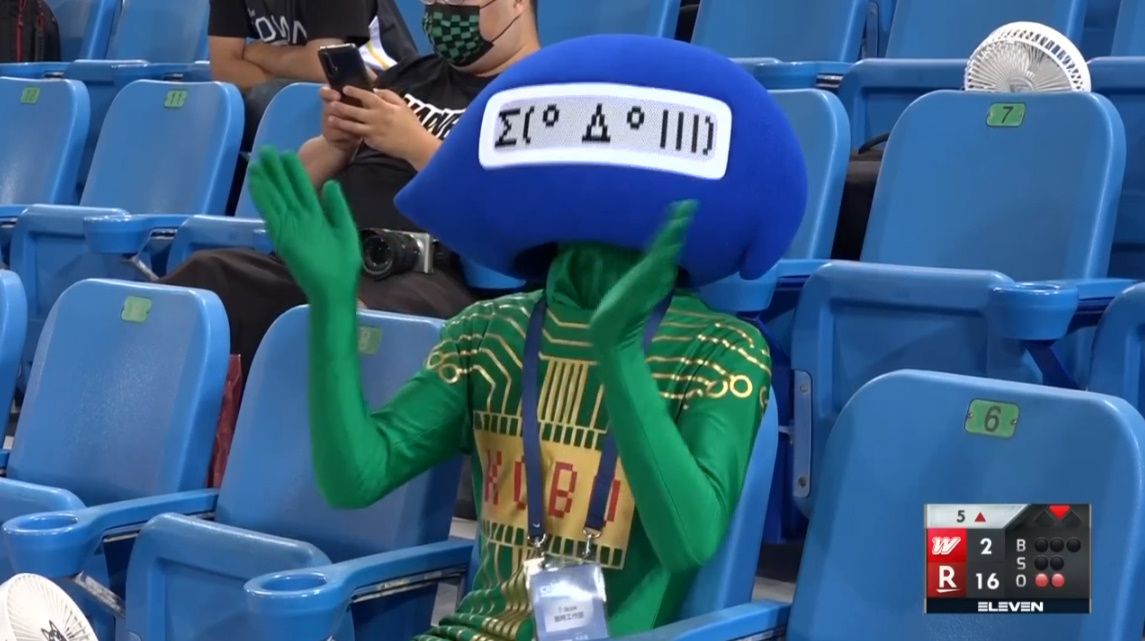 Since August 24, fans began noticing there was someone dressed up similar to the comic book superhero KICK-ASS at the Monkeys home games.

At first, everyone thought it was probably just some fan seeking attention and hoping to get on TV. Surely, it can’t be the team’s mascot. We were wrong. So wrong.

On August 27, the Rakuten Monkeys unveiled a new mascot named Koboko, a humanoid of a Kobo eReader from outer space.

According to the team, Koboko is a professional writer that travels through the galaxy via a giant eReader.

He is extremely shy and introverted by nature. However, should Koboko met someone who also enjoys reading, it would jump out of its spaceship to meet them.

Koboko is not very good at talking, so the green alien would only communicate via text emoji on the eBook reader display across its face.

While visiting planet Earth, the shy green space traveller will join Victor, Rocky and Monkey as the Rakuten Monkeys official mascot in the second-half season.

Hai there, my name is Koboko! #CPBL pic.twitter.com/vE4h69hVJM

Wei Chuan Dragons Unveil Berserk Uniform for Month of May