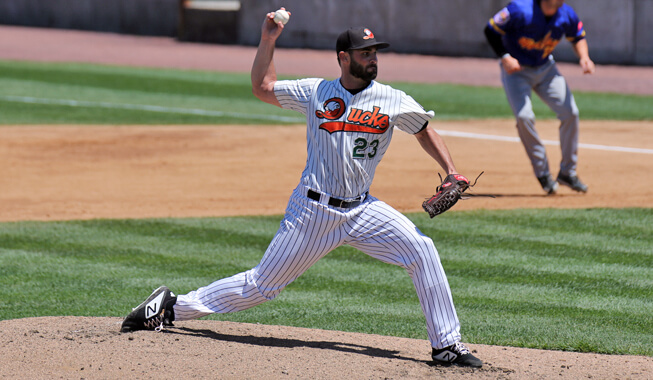 After missed out the first half-season title by 3.5 games, the Fubon Guardians started the second half-season strong, currently in the first place with a 7-2 record.

With their eyes set on the 2019 Taiwan Series, on July 17, the Fubon Guardians have signed 33-year-old right-hander Travis Banwart from the Atlantic League. There were rumours the Brothers and the Uni-Lions were also interested in Banwart.

“Once Travis Banwart is in Taiwan, we will still need some time to get his work visa ready,” said the Guardians’ manager. “Banwart is likely to pitch a few games in the farm league first.”

Travis Banwart’s former teammates Alec Asher who is currently on the Uni-Lions’ active roster have this to say about Banwart. “We were teammates for about two weeks in the Atlantic League, and he throws a decent cutter, curve and has good control over his pitches.”

The contract of RHP Travis Banwart has been purchased by the Fubon Guardians of @CPBL – Travis becomes 12th player on 2019 @LIDucks to have his contract purchased by MLB or foreign organization. Congrats!

Travis Banwart was the Oakland Athletics’ fourth-round draft pick in 2007. Over the years, he made his way up the Athletics system reaching Triple-A in 2009. 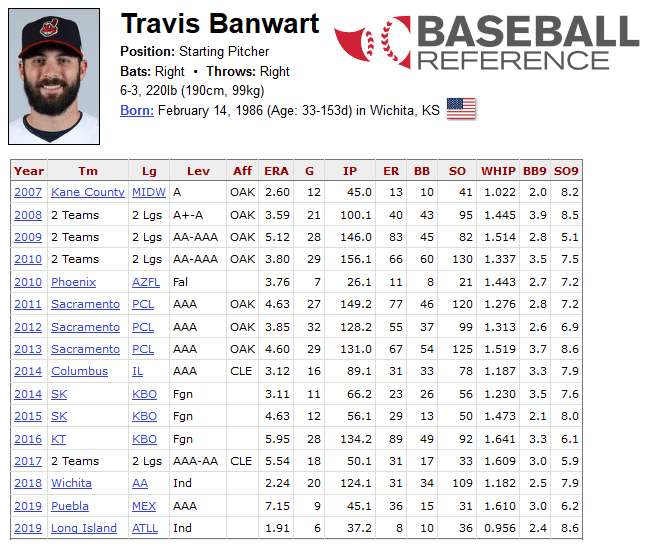 After leaving KBO, he went on pitching in the American Association, Mexican League and the Atlantic League. Prior to his signing with the Guardians, Banwart made six starts with a 1.91 ERA and 0.95 WHIP across 37.2 innings for the Long Island Ducks.

Bryan Woodall on the Chopping Board?

The Guardians currently have Mike Loree, Bryan Woodall and Ryan Bollinger in their first team active roster. Should they wish to call up Travis Banwart, they would have to release one of the existing foreign players.

With Bryan Woodall struggling this season with a 5.28 ERA and 1.44 WHIP over 87 innings, many speculate Woodall is likely to be cut by the team. On July 11, the Guardians’ manager told the media with Woodall being so inconsistent this season, the team have started looking for a new foreign pitcher.