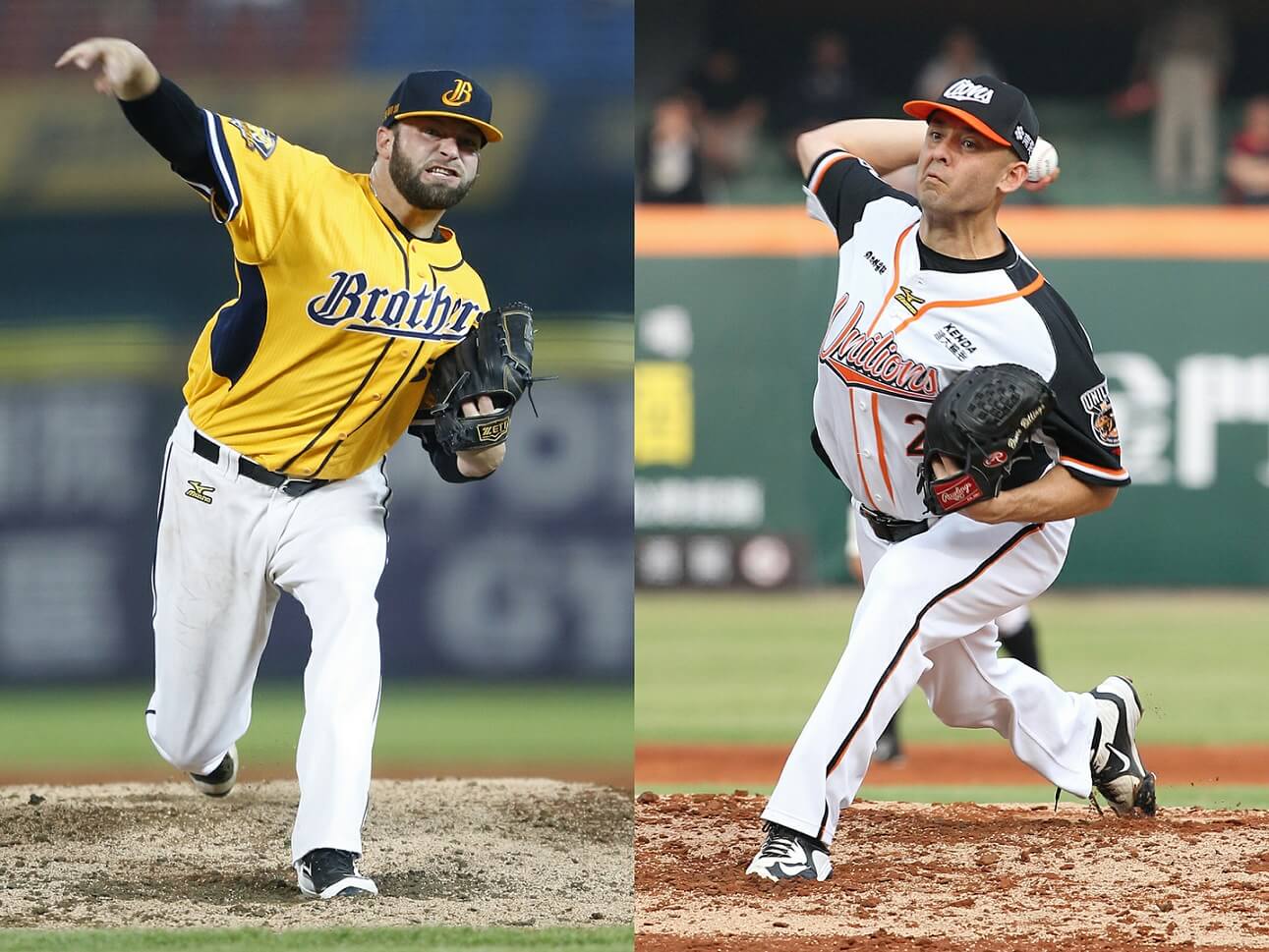 The Fubon Guardians have finally confirmed the signing of the former Chinatrust Brothers and the Uni-Lions ace Bryan Woodall and Bruce Billings.

This signing is probably one of the worst kept secrets in this offseason, as there have been plenty of rumours and speculations about how the Guardians are going after Woodall and Billings.

Due to the current CPBL regulation, the Guardians are forbid to contact Woodall and Billings before February 28th, unless they have the permission from the Brothers and Uni-Lions.

As a result of signing Mike Loree, Bryan Woodall and Bruce Billings, the Guardians have officially filled their quota of the three foreign players in the first team for the 2018 season.

The former Chinatrust Brothers ace was first signed by the Brothers back in 2015, and have quickly becomes one of the most consistent and reliable pitchers in the Brothers starting rotation.

Just like the 2017 CPBL Pitching Triple Crown Mike Loree, Woodall is the type of player that can give the bullpen a rest day whenever he is on the mound, as he is able to go out there to throw strikes and carry the team deep into the game.

In three CPBL seasons pitching for the Brothers organisation, Woodall totaled a 3.67 ERA and 1.28 WHIP over 51 starts and 336 innings.

The fans’ favourite Billings along with Jair Jurrjens and Felix Pie joined the Uni-Lions back in 2016 as the Opening Day foreign players. However, only Billings lasted the entire season in the CPBL, both Jurrjens and Pie were released by the team mid-season.

In two seasons pitching for the Lions, Billings posted a combined record of 4.77 ERA and 1.51 WHIP over 56 starts and 315 innings. It is also worth to mention he won the 2016 CPBL strikeout title with 172 strikeouts.