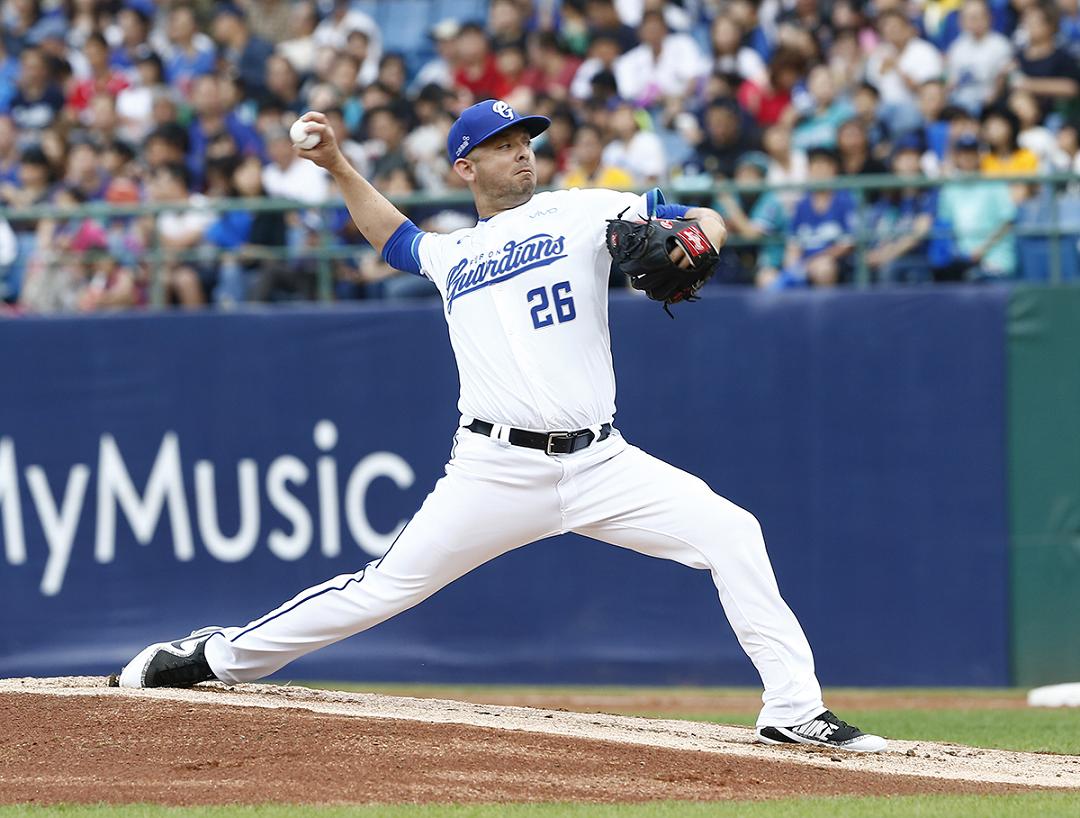 After giving up five earned runs in 1.1 innings on August 24th against the Monkeys. The Fubon Guardians have released Bruce Billings shortly after the game.

“There’s nothing we can do, we gave Billings plenty of opportunities already,” said the newly appointed Guardians manager 陳連宏 (Chen Lien-Hung).

It is also worth mentioning, due to the 2-28 regulation, the Guardians weren’t allowed to signed Billings until March 1st. Having to missed out a significant portion of the 2018 spring training, maybe this have something to do with Billings’ performance this year?

Maybe this outdated CPBL regulations should be review by the league officials and the team owners during the off-season?

Now with a gap in their starting rotation, the Guardians will call up Taylor Jordan from the farm team. The former Washington Nationals RHP was signed by the Guardians earlier this month as the fourth back up foreign pitcher.

Since arrived in Taiwan, Jordan had pitched one game in the farm league, where he went 7 scoreless innings with 4 strikeouts and only allowed 4 hits against the Uni-Lions.

“We will call up and register Taylor Jordan tomorrow and he will makes his CPBL first team debut on August 26th,” said the Guardians skipper 陳連宏 (Chen Lien-Hung).