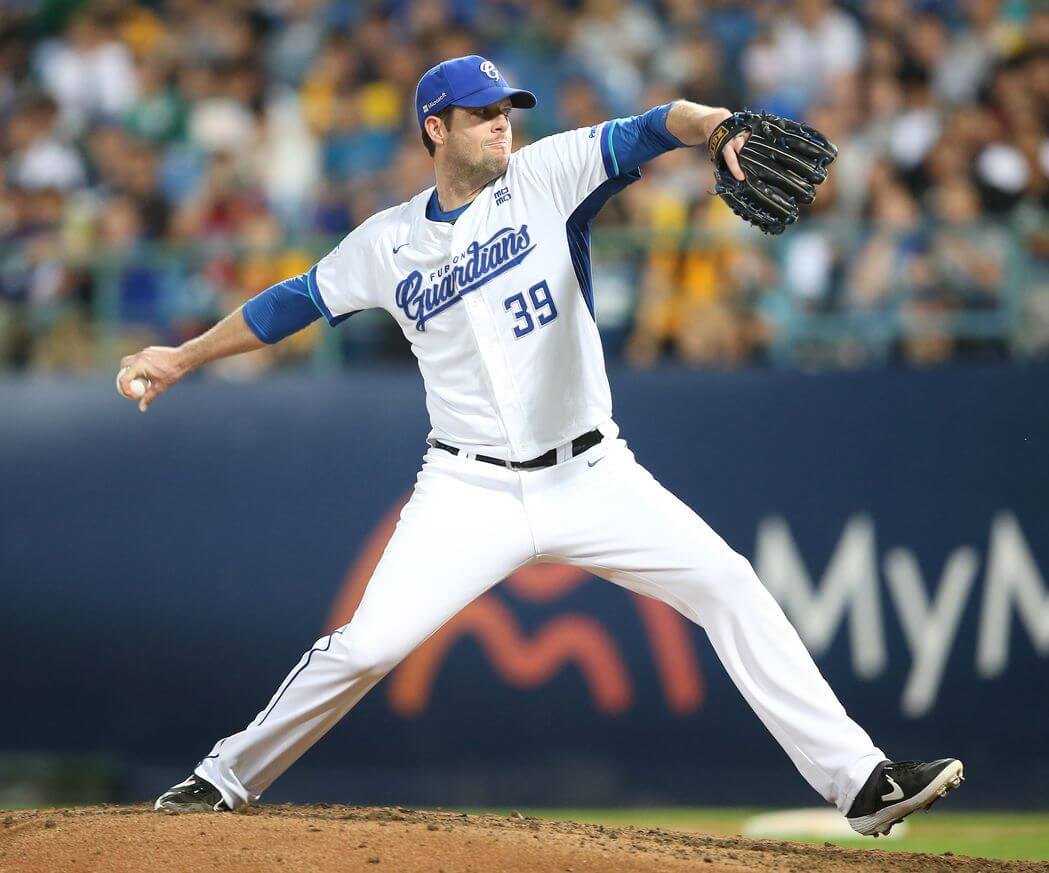 On January 6, the Fubon Guardians’ front office confirmed the re-signing of Mike Loree for the 2020 CPBL season. Loree, the 2019 ERA leader, is scheduled to report to the team in February to begin his eighth CPBL season in Taiwan.

According to ETtoday, Mike Loree is likely to be on $400,000 USD in annual salary. There were rumours Loree’s salary was on $300,000 USD last year with the Fubon Guardians.

Killing it with his forkball, #Fubon Guardians' Mike Loree pitched a 2-hit shutout with 12 strikeouts against the Uni-Lions last night. #CPBL 🔥 pic.twitter.com/2XJGCksSUT

Mike Loree, the 35-year-old right-hander, has been one of the most consistent foreign players since 2012. Year after year, he continues to have success pitching in the CPBL with no signs of slowing down.

Below are Mike Loree’s pitching stats against other CPBL teams in 2019.

Congratulations to #Fubon Guardians' Mike Loree for reaching 1000 innings pitched in his #CPBL career. He is 3rd foreign pitcher and 14th CPBL players to reach that milestone. pic.twitter.com/atC7Kj9g99