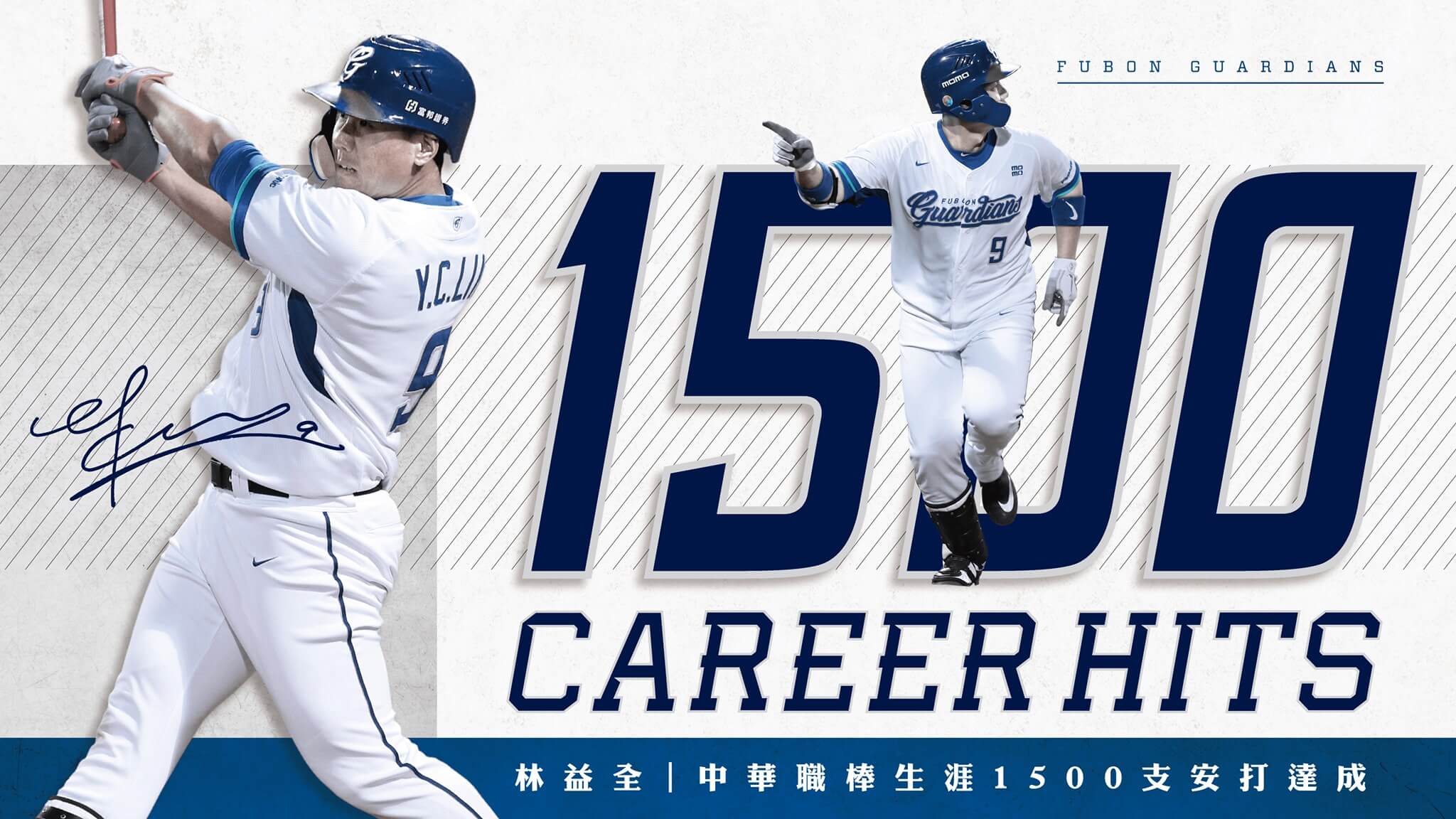 The Fubon Guardians’ 33-year-old veteran 林益全 (Lin Yi-Chuan) has reached his career 1500th hits on May 25 against the Monkeys. In doing so, Lin became the seventh CPBL player to reach the 1500 hits milestone and the fastest player to achieved that in just 1134 games, 4827 plate appearances and 4333 at-bats.

It is also worth mentioning, on May 21, Lin cracked his career 150th home run and became the fifth player to join the 150 Home Run Club in the CPBL.

Before turning professional in 2009, Lin Yi-Chuan was a member of Taipower (Taiwan Power Company), an industrial league team which shaped many established CPBL players like Chen Chieh-Hsien, Wu Chieh-Jui and Chan Chih-Yao.

The Sinon Bulls originally drafted Lin in the first round in December 2007. However, due to the CPBL game-fixing scandals at that time, Lin did not want to turn pro and turned down the Bulls’ initial contract ($134,000 USD) multiple times.

“It’s not about the money, I don’t see a future here,” said Lin Yi-Chuan back in 2008. “With the Chinatrust Whales and dmedia T-REX folded, I just don’t have enough confidence in the CPBL.”

After several visits by the Bulls’ management, in March 2009, Lin Yi-Chuan finally agreed to turn pro by signing a landmark deal of $167,000 USD, which was quite a large amount during the “dark period” of the CPBL.

CPBL Linsanity: From Rookie to Superstar

Lin made his CPBL first-team debut on March 29, 2009, and immediately proved his worth by hitting three singles in that game. He finished his rookie season slashing .348/.395/.543 with 18 home runs and took home the 2009 CPBL MVP, Rookie of the Year and the Beset Ten awards.

The Linsanity did not stop after his rookie season, over the next ten seasons, Lin Yi-Chuan continues to perform at the top-tier level. At the same time, setting multiple hitting records along the way. On May 10, 2012, Lin became the eighth player to hit for the cycle in CPBL history.

So, what’s next for Lin Yi-Chuan? The next milestone for him is 300th career double, which is within arm’s reach (currently 298 doubles). If Lin stays healthy for the rest of his career, there is no doubt in mind he will reach the 1800 hits, 200 home runs milestone and might even have a chance to achieve 2000 hits.

Eric is our frequent contributor, a die-hard Fubon Guardians’ fan and a baseball memorabilia collector.