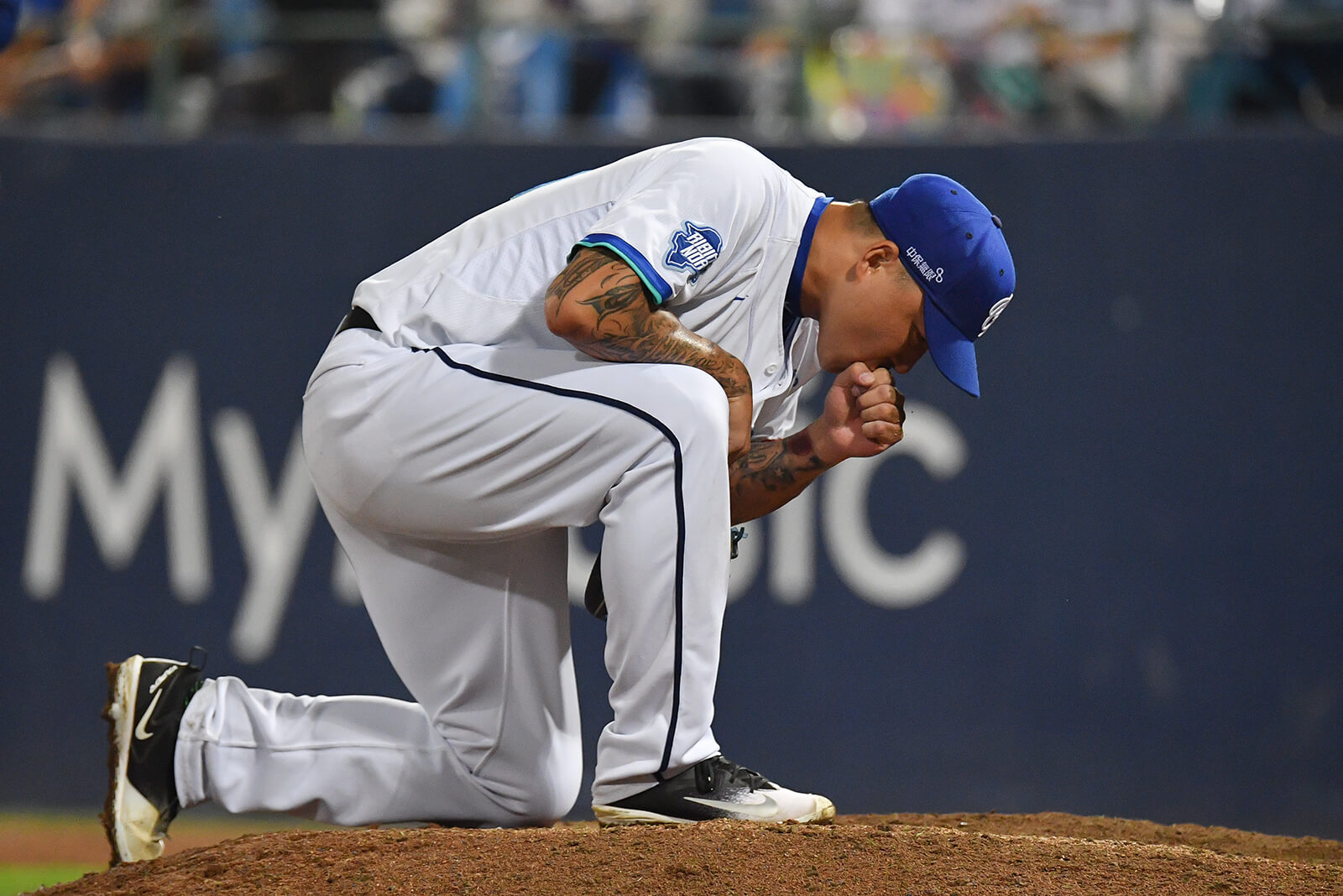 After 19 years in professional baseball, the Fubon Guardians’ left-handed pitcher 郭泓志 (Kuo Hong-Chih) announced his retirement after Game Four of the 2018 Playoff Series.

The 37-year-old former MLB All-Star entered the game in the eighth, where he gave up one hit, struck out and walked two over 1.1 scoreless innings against the Uni-Lions.

After Kuo threw his final pitch in the CPBL, he bent down and kissed the mound for the very last time before walking off to a standing ovation from both the Guardians and Uni-Lions fans.

For that brief moment, there was no animosity among the Guardians and Uni-Lions fans. The score does not matter, the two runners on base do not matter. It was about giving Kuo the respect he deserved.

“Would love to spend more time with my family, and if there is an opportunity, I will continue to contribute to the Taiwan baseball scene,” said Kuo Hong-Chih after the game. “I have no regrets in my professional career, and I am fortunate to finish my career doing what I love.”

“I will have another chat with Kuo, condition-wise, I think he can still pitch next year,” said the Guardians’ owner Chris Tsai. “We will do what we can to convince him not to hang up the cleats.” 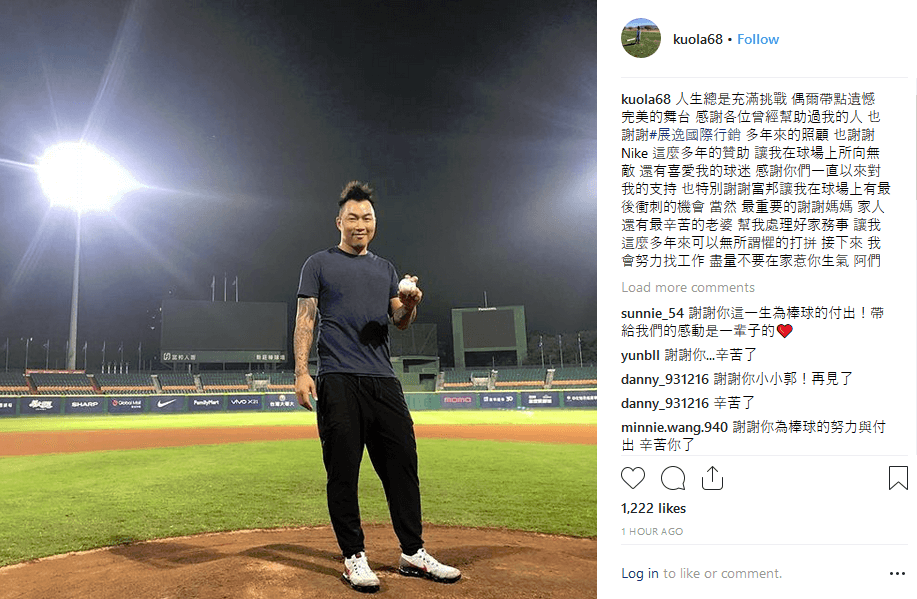