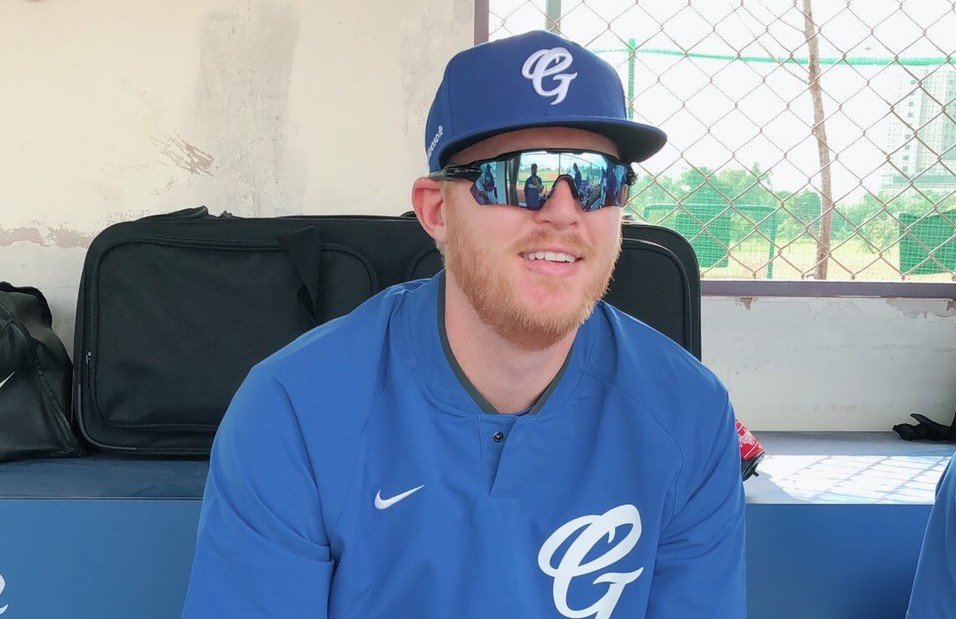 Despite already having three solid foreign starting pitchers, the Fubon Guardians have announced the team has invited left-handed pitcher Ryan Bollinger for a tryout.

“We have been observing Ryan Bollinger for a few years now,” said the Guardians’ representative. “After parting ways with the Padres system, he is looking for a team to train with, so we decided to bring him over for tryout.”

The Yankees did promote Bollinger to Triple-A where he started three games with a respectful 3.00 ERA and 1.13 WHIP over 15 innings. It is worth noting that Bollinger also had two very short stays in the MLB on two occasions. Unfortunately, he did not make any appearances and was optioned to the minor league the following day. 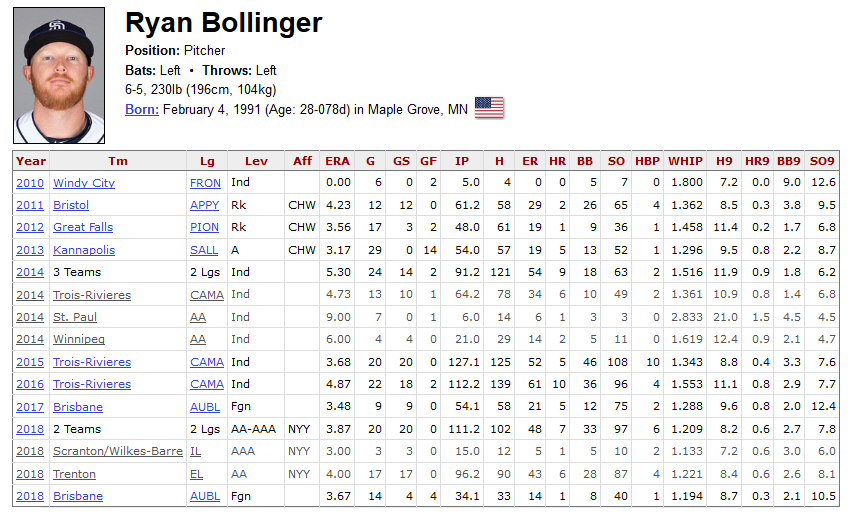 During the 2018 offseason, Ryan Bollinger returned to the Australian Baseball League and wound up tossing 34.1 innings with a 3.67 ERA and 1.19 WHIP for the Brisbane Bandits.

With the Guardians already filled their first team foreign players quota, should the Guardians end up signing Ryan Bollinger, he is likely to stay in the CPBL minor league until further notice.

Why Bollinger? Potential Scenarios for Guardians

The Fubon Guardians’ general manager told the media back in January that unless there’s a need for a new foreign player, the Guardians have no plan to sign a fourth backup. So, why start looking for backup in late April? Here are a couple theory on this.

It would appear the Chinatrust Brothers might have signed another foreign player, as the team have lodged the unnamed player’s work permit application to the Ministry of Labor. There is also a possibility that it could be a foreign coach rather than a foreign player.

Based on the previous information given by the team, it is highly likely the new foreign player is going to be a pitcher. The Brothers currently have Mitch Lively (RHP), Nick Additon (LHP) and Alex Liddi (IF) in the first team.

Rumour #CTBros have signed another foreign player, as the team have lodged this unnamed player's work permit application to the Ministry of Labor. The Brothers currently have Mitch Lively, Nick Additon and Alex Liddi in the 1st team. #CPBL pic.twitter.com/GUlx2lsQUS