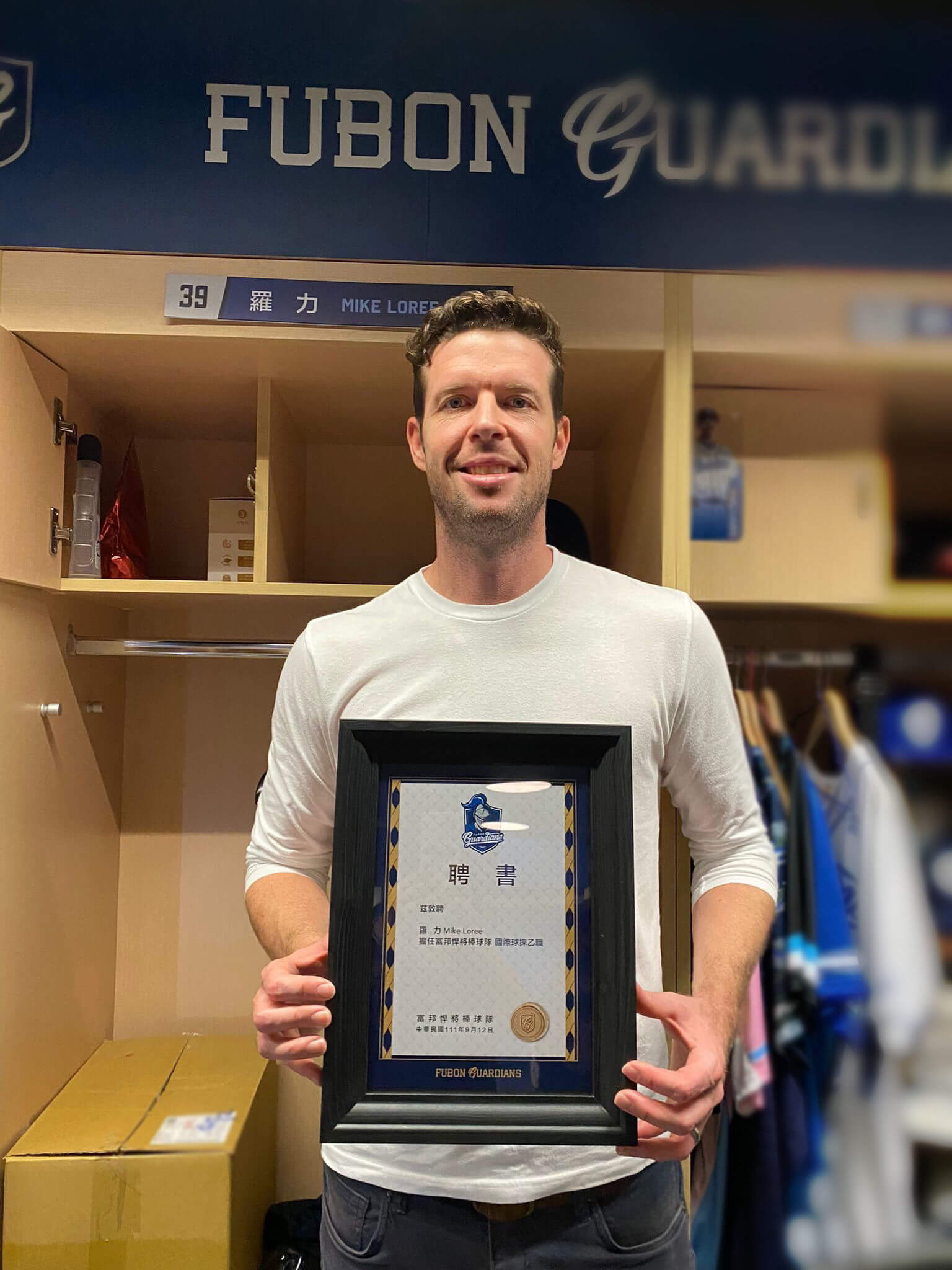 Mike Loree, one of the greatest foreign players in CPBL history, is back! Except for this time, he will carry a radar gun, clipboard and stopwatch!

On December 23, the Fubon Guardians announced that recently retired foreign pitcher Mike Loree would be working as their international scout.

According to the Guardians, they began the talks with Mike Loree after his retirement ceremony in the CPBL back in September. After ironing out all the minor details, both parties came to an agreement and signed the contract a few days before Christmas.

“I am very excited to continue to be part of the Fubon family as an international scout,” said Mike Loree via the Guardians press release. “I look forward to helping the Guardians find the right foreign players to win the championship.”