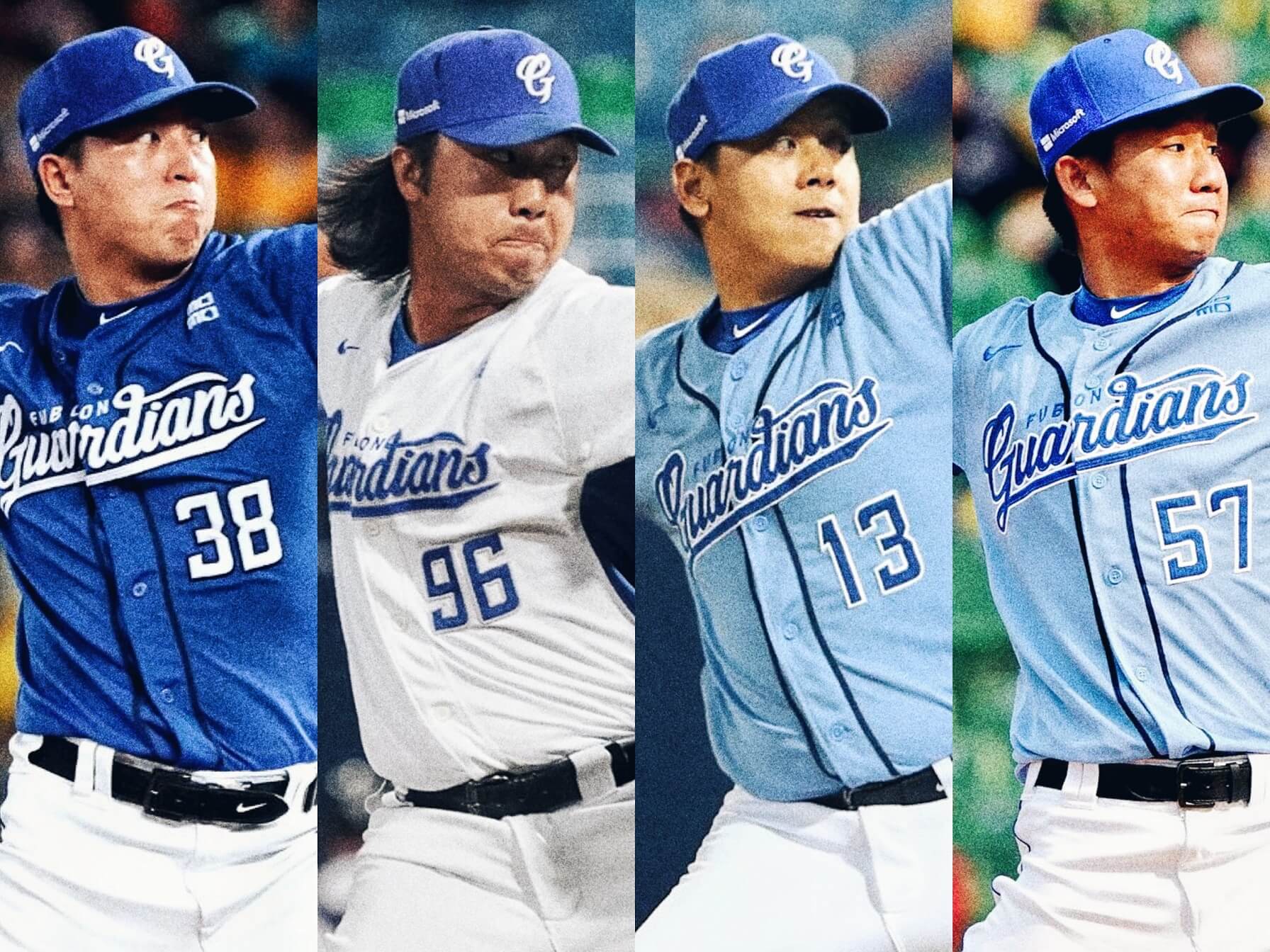 The Fubon Guardians held a 7-4 record for the past two weeks, led by the outstanding pitching staff and the untouchable starting pitchers. We know how great Henry Sosa, Mike Loree and Chen Shih-Peng have done throughout the first half of the season, so we are not going to elaborate on them today.

You might wonder what kept the Guardians tough enough to defeat the Monkeys four times in the past two weeks. The answer? Their solid bullpen and the return of their veteran relievers. 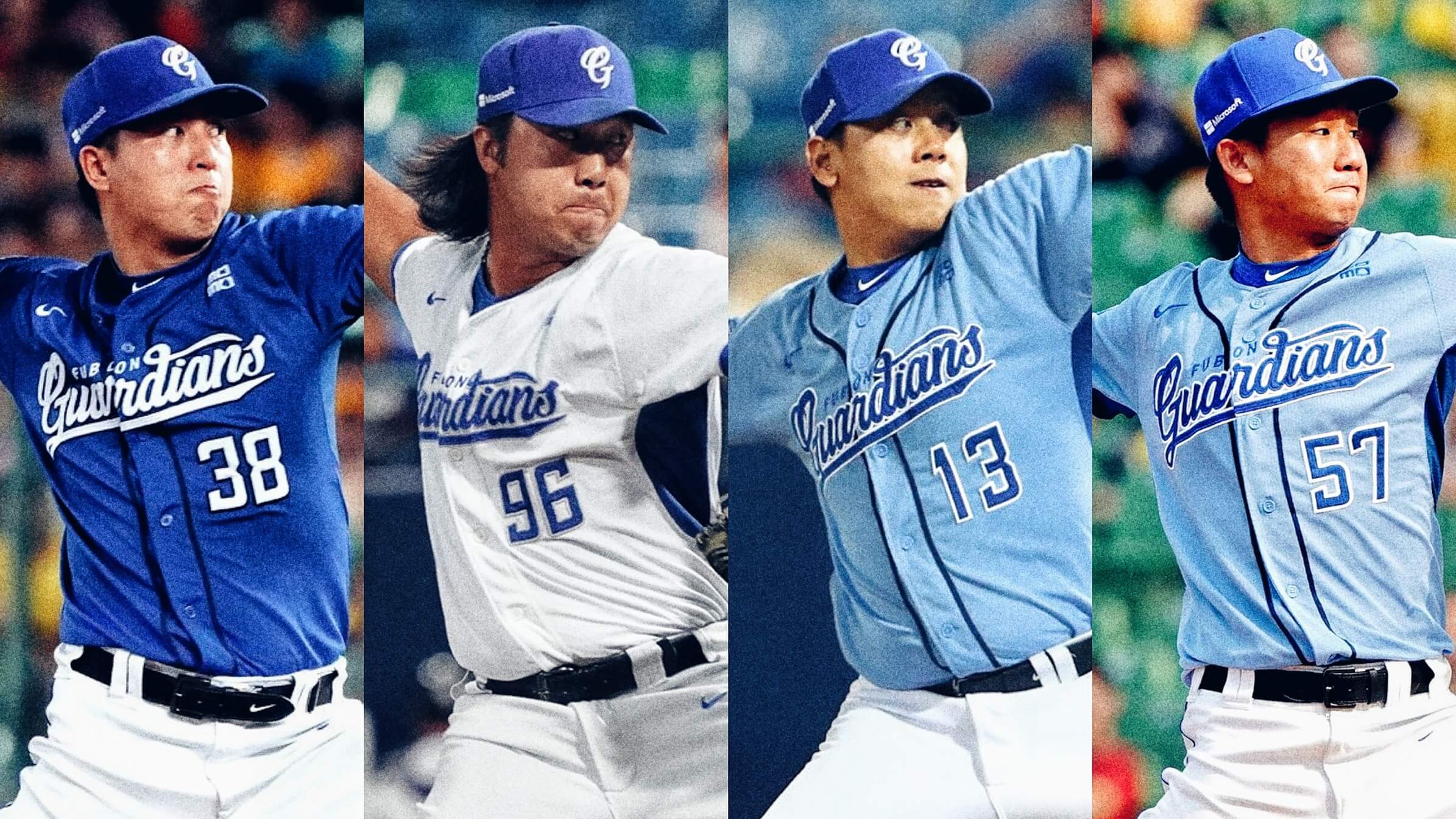 Although the Guardians fell short to the Brothers in tonight’s game, their bullpen remains strong in the 2019 season. Since May 21, the bullpen has pitched 30 innings while allowing 12 runs.

So, they gave up 12 runs over 30 innings, what is so special about that? You might doubt that whether they are good enough to get praised in an article? If we look deeper, we can see on June 1, the Monkeys’ lineup utterly destroyed the Guardians by scoring 16 runs.

Now, exclude the “outlier game”, we will find that the bullpen had “only” allowed two earned runs in the past 27 innings. 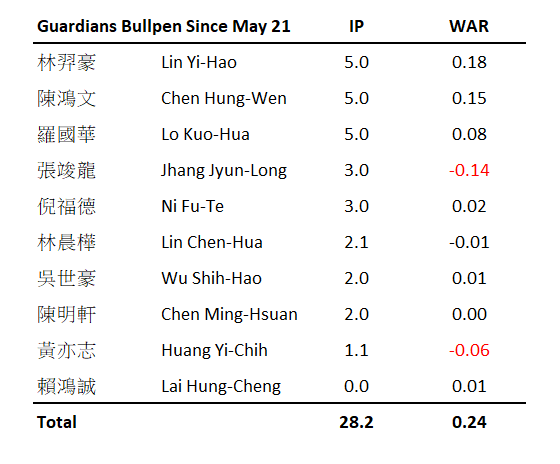 Members of the Guardians’ Iron Bullpen

Jhang Jyun-Long, the 26-year-old rookie came out of Japanese Independent League, has had a solid season. Unfortunately, he seemed a bit running out of gas as he walked five hitters in the past three outings.

Further, veterans Lin Yi-Hao and Chen Hung-Wen have been dominating the mound with a 3.20 and 3.28 FIP securing the eighth and ninth innings.

Ou Shu-Chen, who is currently sidelined for shoulder issues, has a 0 in BB%. Before he headed to the injury list, Ou posted a 1.04 ERA, 0.92 WHIP across 17.1 innings of work. Most importantly, he did not walk any hitters he faced.

Lo Kuo-Hua, also looking good on the mound. Despite, starting the 2019 season with the farm team, he eventually got called up in May. His nasty curveball has been fooling hitters around. Here is a clip of Lo fanned Su Chih-Chieh with a sneaky curveball.

Guardians’ Winning Formula vs Other Teams

Other factors that contribute to the Guardians’ bullpen success are their toughness has a strong relationship with the command to baseball. In the chart below, we listed the relievers for each team which belongs to the “Winning Formula”.

After comparing the K-BB% ratio, it became crystal clear that the Guardians are the best in the league. Their “Winning Formula” has a league-leading 15.98 K-BB%.

With the buyout of Henry Sosa and the unstable outings of Bryan Woodall, will the Guardians bullpen remain solid? The biggest challenge belongs to stamina, which they might have to pitch more innings while the first half of the season is coming to an end.