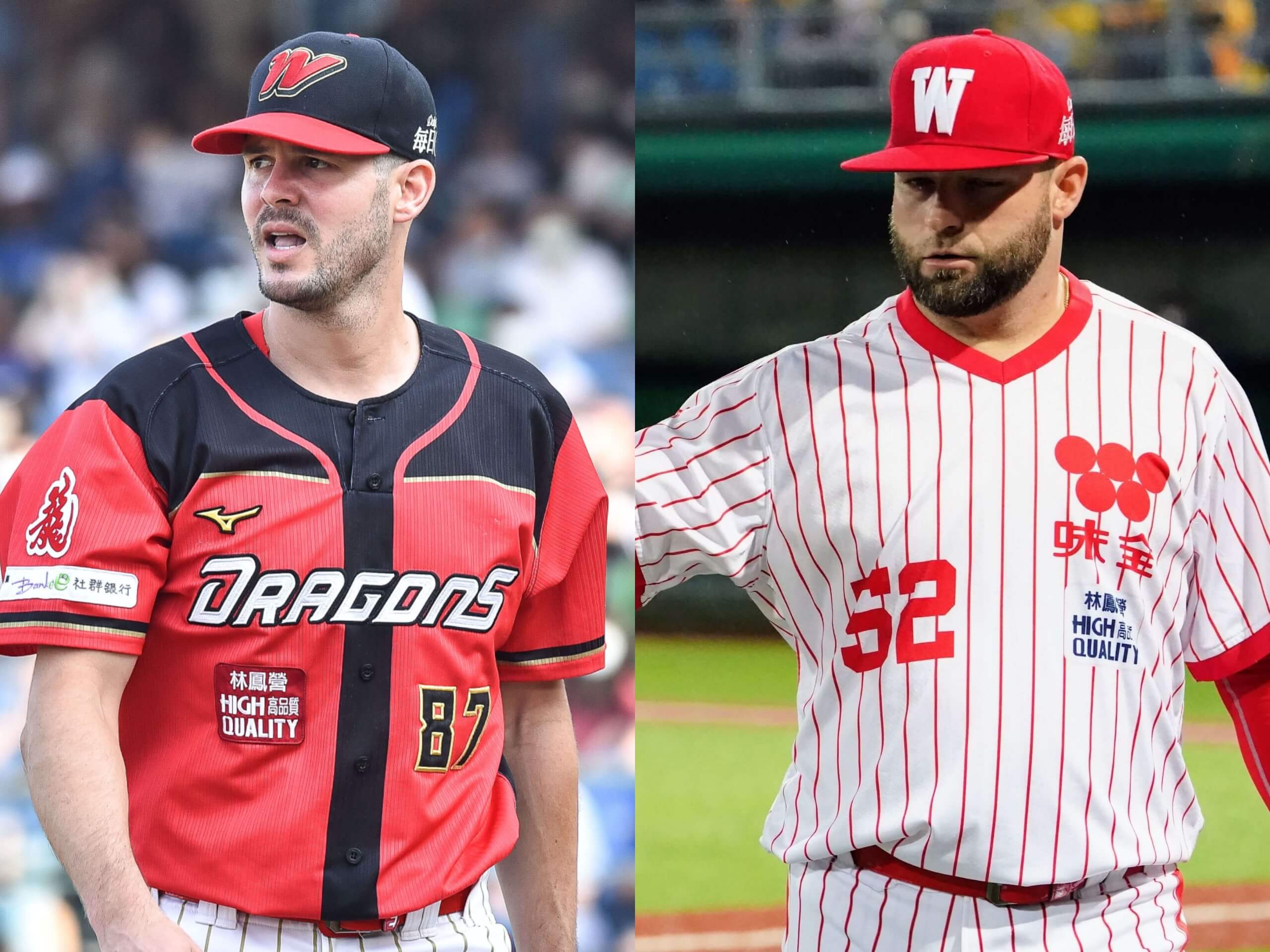 The Wei Chuan Dragons are not messing around when it comes to signing foreign players. As of today, they are currently leading the league with four foreign players on their roster.

“We have agreed to terms with Jake Brigham,” according to the Dragons’ GM. “However, in order to finalise the contract, Brigham would need to sort out some loose end with the Kiwoom Heroes of the KBO.”

Bryan Woodall, the 35-year-old right-hander, will return to Taiwan for his eighth season in the CPBL. He began the 2021 season as a reliever but eventually pitched his way back into the Dragons’ rotation.

The former Brothers / Guardians ace seems to have found his groove with the Dragons last year. The “Sexy Iron Workhorse” that goes out there to eat innings and throw nothing but strikes is back!

Jake Brigham, the 33-year-old right-hander, is coming back to Taiwan for his second tour of the CPBL. He played briefly for the Dragons in 2021 from March to late April, where he posted a dominating 0.60 ERA and 0.79 WHIP over 45.1 innings.

Due to his standout performance in the CPBL, Jake Brigham ended up returning to the Kiwoom Heroes of the KBO in May. He continued to perform in Korea and posted a 2.95 ERA and 1.23 WHIP across 61 innings of work. Unfortunately, he left the KBO around July and returned home due to family reasons.

The Wei Chuan Dragons currently have Telvin Nash, Drew Gagnon, Bryan Woodall and Jake Brigham as their foreign players for the 2022 CPBL season.

Wei Chuan Dragons' Jake Brigham, aka the "Guardians Killer" has struck again! Brigham went 5.2 scoreless innings and struck out 5 and lowered his ERA to 0.52 🔥 #CPBL pic.twitter.com/p8ynFeXYIx