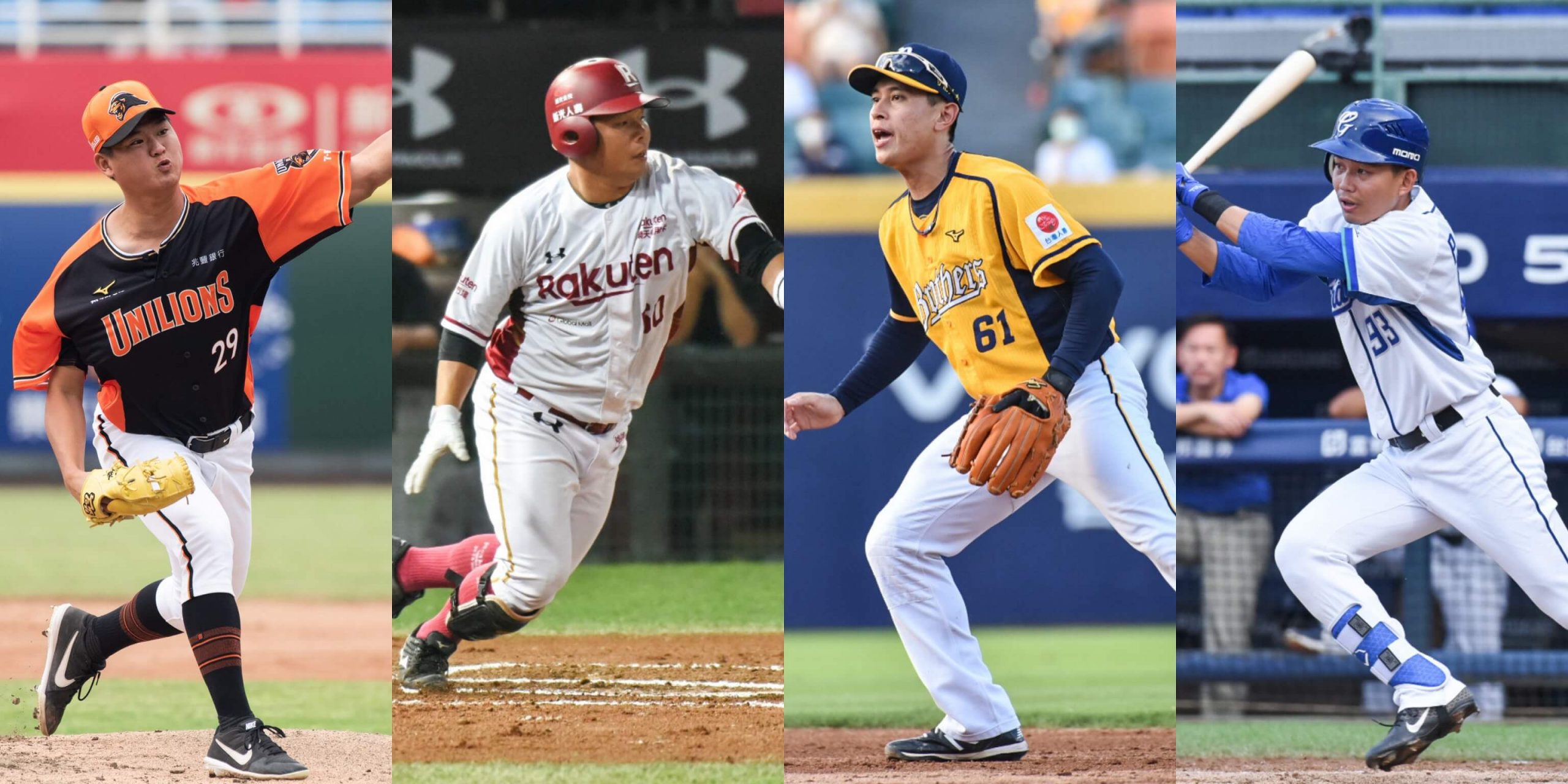 On November 27, the Wei Chuan Dragons announced the result of the 2020 expansion draft. The Dragons selected a total of four players and would be required to complete the transfer process before December 31.

Under the 2020 expansion draft rule, the Dragons must acquire four players (one from each team) outside of the 18-man protection list. Players that declared free agency and the draftees from 2020 and 2019 are exempt from the expansion draft.

In terms of the transfer fee, the Dragons would have to pay 250,000 USD per player as compensation to the players’ former team.

29-year-old Wu Tung-Jung was the fourth-round draft pick from 2016. Over the years, he slowly took over the primary second baseman role within the Brothers organisation. Wu was named the winner of the 2019 Gold Glove award and the 2020 Best Ten award.

“Most of our infielders are young, we need a mature leader like Wu to lead the team,” said the Dragons’ manager. “Wu Tung-Jung can play 2B, SS and 3B, which is an asset to our team.” 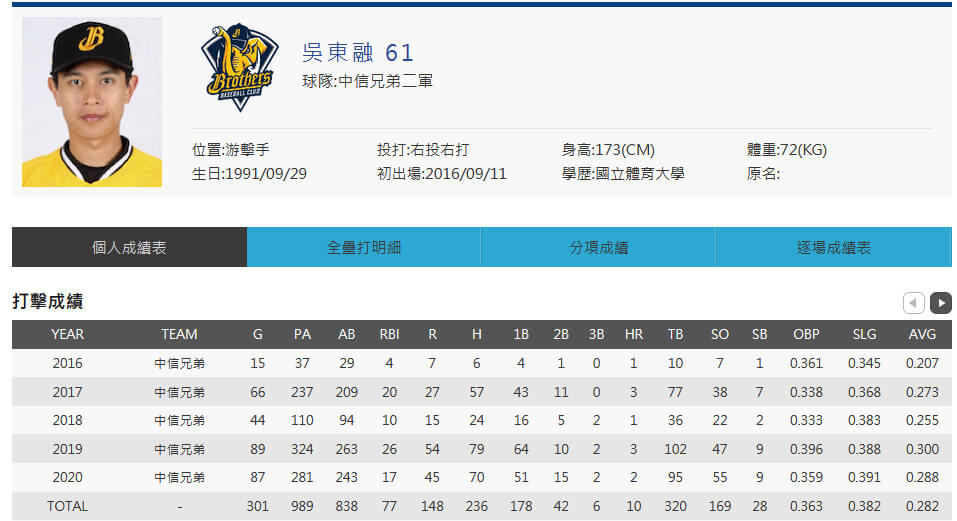 29-year-old Liu Shih-Hao was the third-round draft pick from 2013 and has been the second/ third catcher in the Monkeys depth chart since 2014. Liu is a pretty smart player with above-average game-calling ability. However, since 2019, he lost a significant amount of game time to elite hitting catchers Lin Hung-Yu and Liao Chien-Fu.

“Getting an experienced catcher is our team’s top priority,” said the Dragons’ manager. “Liu, who is under 30 with plenty of the first-team experence is perfect for us.” 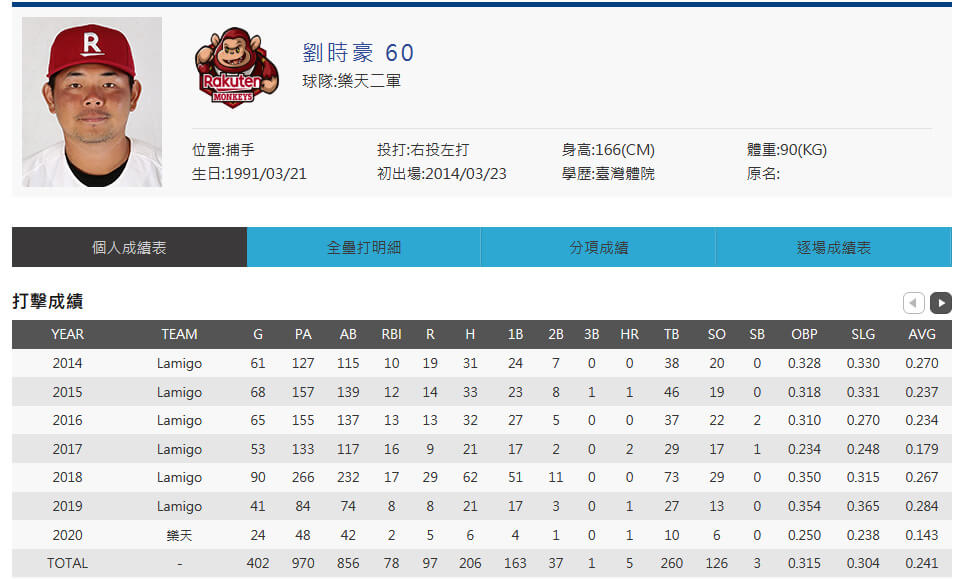 29-year-old Chen Pin-Chieh was the second-round draft pick from 2017 and posted a decent rookie and sophomore season. However, due to injury, he struggled in 2019 and 2020 and lost his starting role within the Guardians’ organisation.

“We will be using Chen Pin-Chieh in the outfield at this stage,” said the Dragons’ manager. “I used to be his manager, and I am quite familiar with his strength and weakness as a player.” 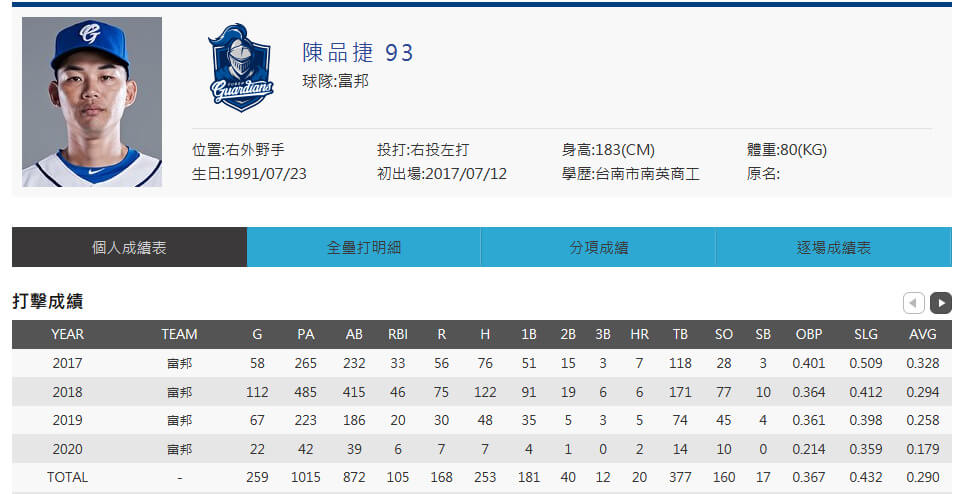 24-year-old Wang Yu-Pu was the fourth-round draft pick from 2016. Although he was considered to be a highly touted prospect, it never pans out for him due to command issue.

“I see a lot of potential in Wang Yu-Pu,” said the Dragons’ manager. “I have a lot confident our coaching team can fix his command issue.” 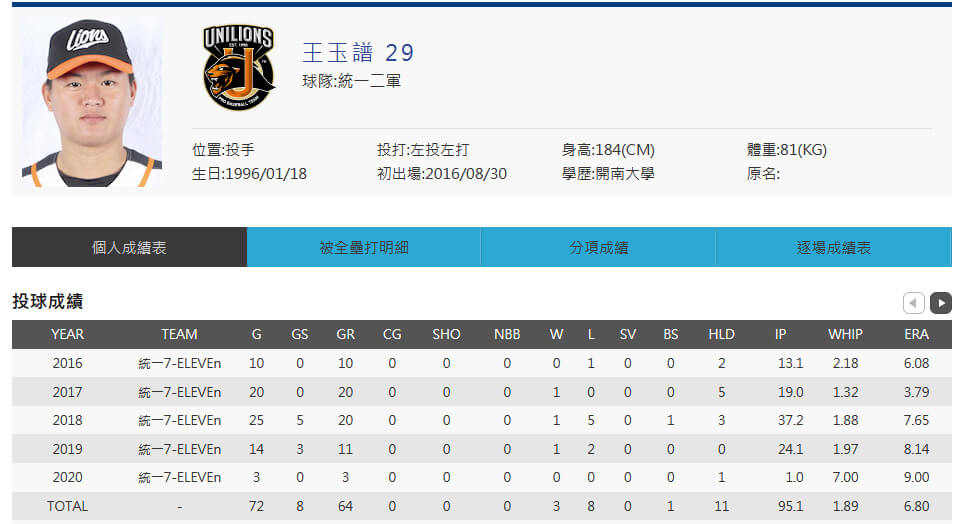