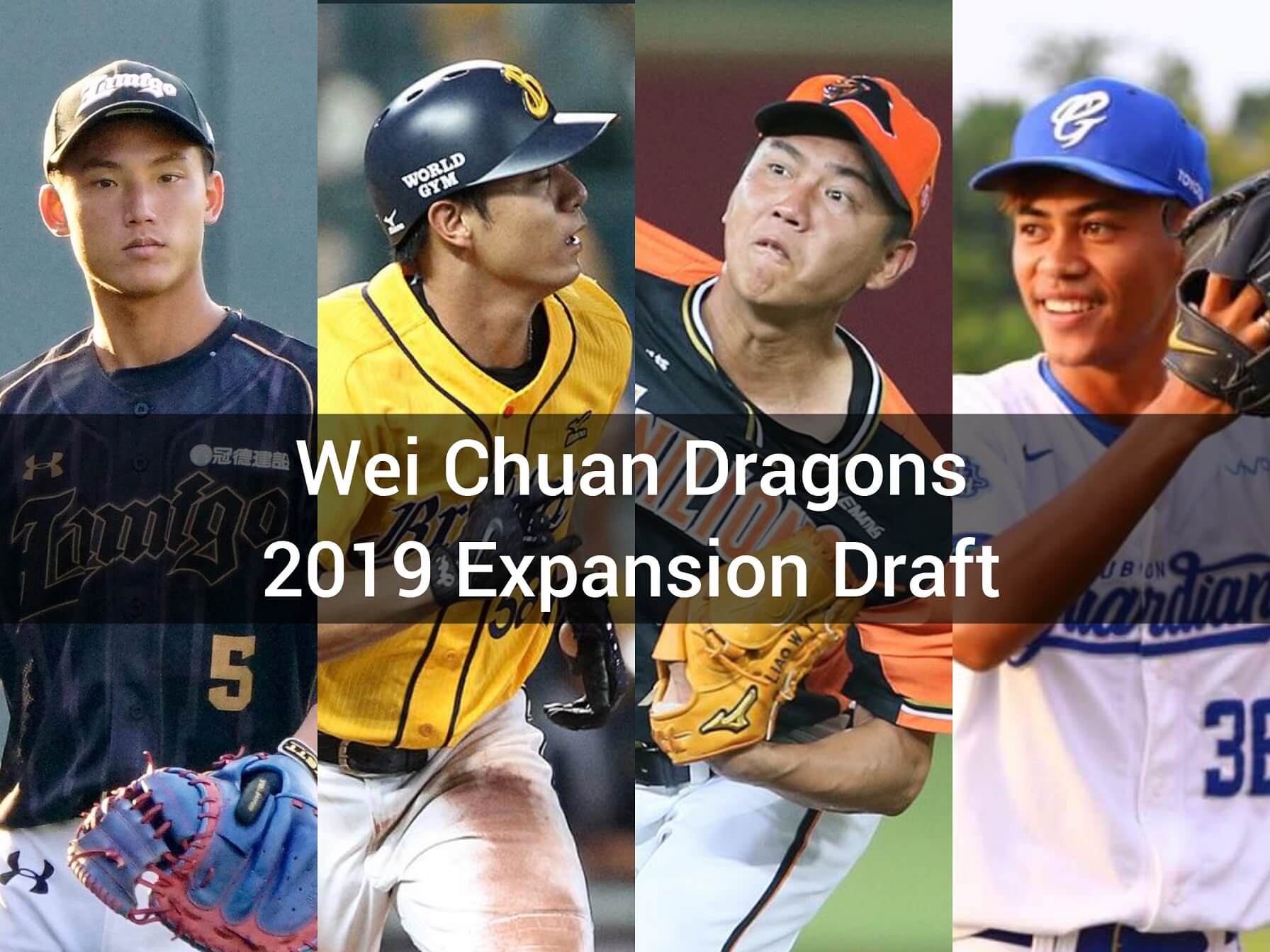 On November 28, the Wei Chuan Dragons announced the result of the 2019 expansion draft. The Dragons selected a total of four players and would be required to complete the transfer process before December 31.

Under the 2019 expansion draft rule, the Dragons can acquire up to eight players (two from each team) outside of the 30-man protection list. The Dragons would have to pay $100,000 USD per player as compensation to the players’ former team.

The four players selected consist of a catcher, outfielder and two pitchers. As per the CPBL expansion draft rule, players acquired via the expansion draft would automatically gain one service year which count towards their free agency. 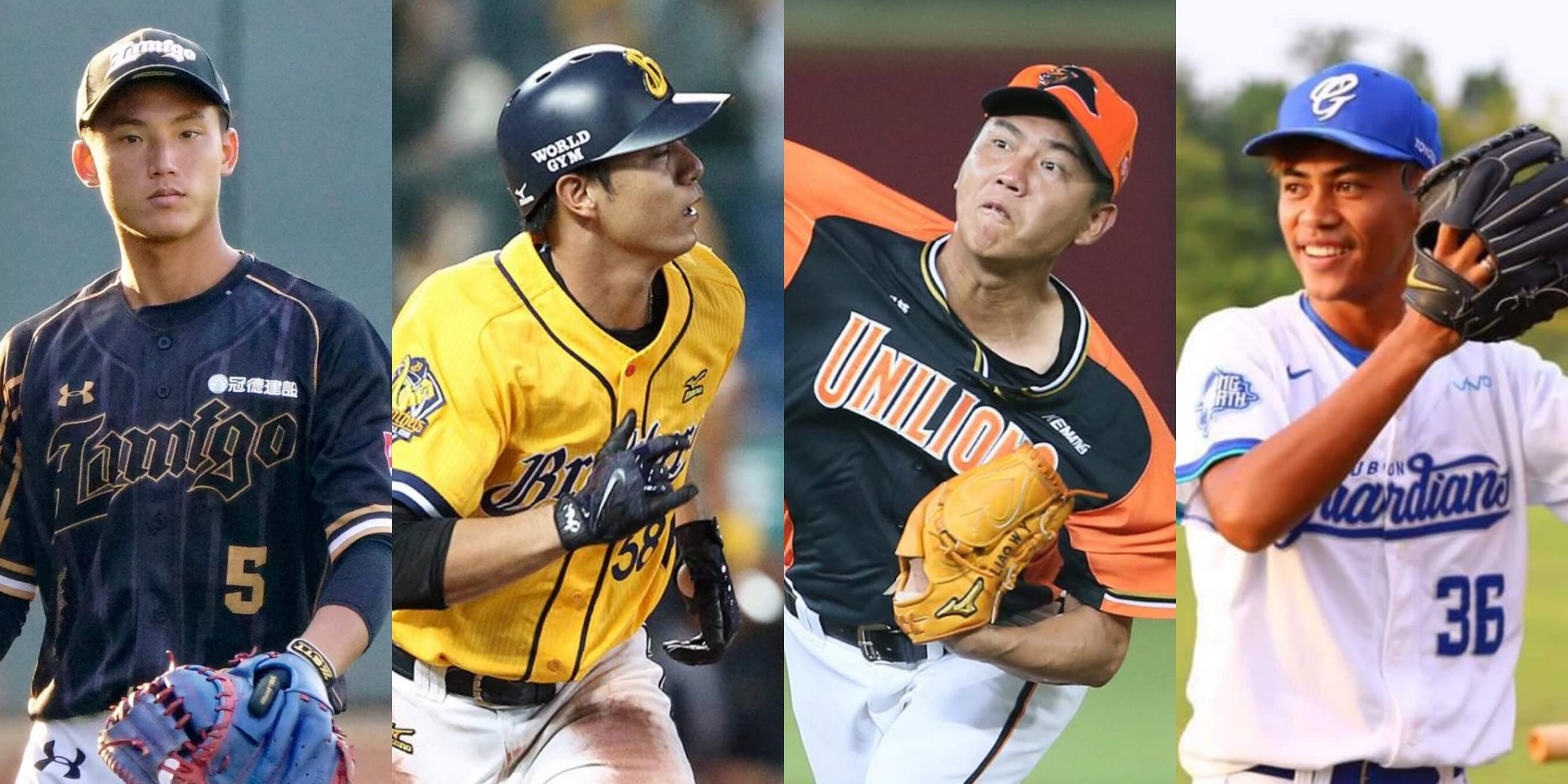 21-year-old Chiang Ching-Yuan was the sixth-round draft pick from 2016. In the past four seasons, he had limited opportunity in the Monkeys’ farm team. Although Chiang doesn’t have any first-team experience, age and his defensive skills would be his advantage.

“When I was managing of the EDA Rhinos in 2016, I wanted to draft Chiang,” said the Dragons’ manager Yeh Chun-Chang.

28-year-old Tseng Tao-Jung was the tenth-round draft pick from 2015. He is best known for his raw power. However, he struggled to hit breaking pitches.

In 2017, he came into the media spotlight when he belted 14 home runs before the All-Star break and was the first CPBL player to hit four home runs in four consecutive at-bats. From 2017-19, Tseng spent most of his time in the Brothers’ farm team with limited first-team opportunity.

“Tseng is still young and with great athleticism,” said the Dragons’ manager. “I believe we can provide him with more opportunity here.” 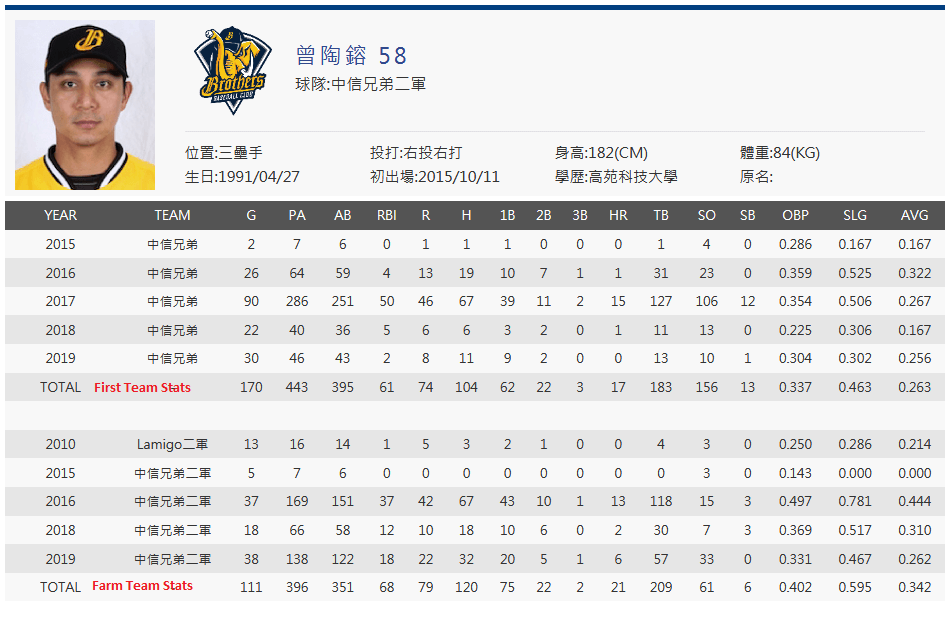 32-year-old Liao Wen-Yang was the second-round draft pick from 2010. At one point in his career, the right-hander was regarded as the next domestic ace within the Uni-Lions’ organisation.

Uni-Lions fans often describe Liao as the “Dice Throwing” pitcher. Whenever he is on the mound, he is either tossing a complete game or getting knocked out in the first inning.

“Liao would be a big contributor to the team as he can be a starting pitcher,” said the Dragons’ manager. “Another key factor is Liao has been healthy his entire professional career. He will play the on-field leader role for our younger players.” 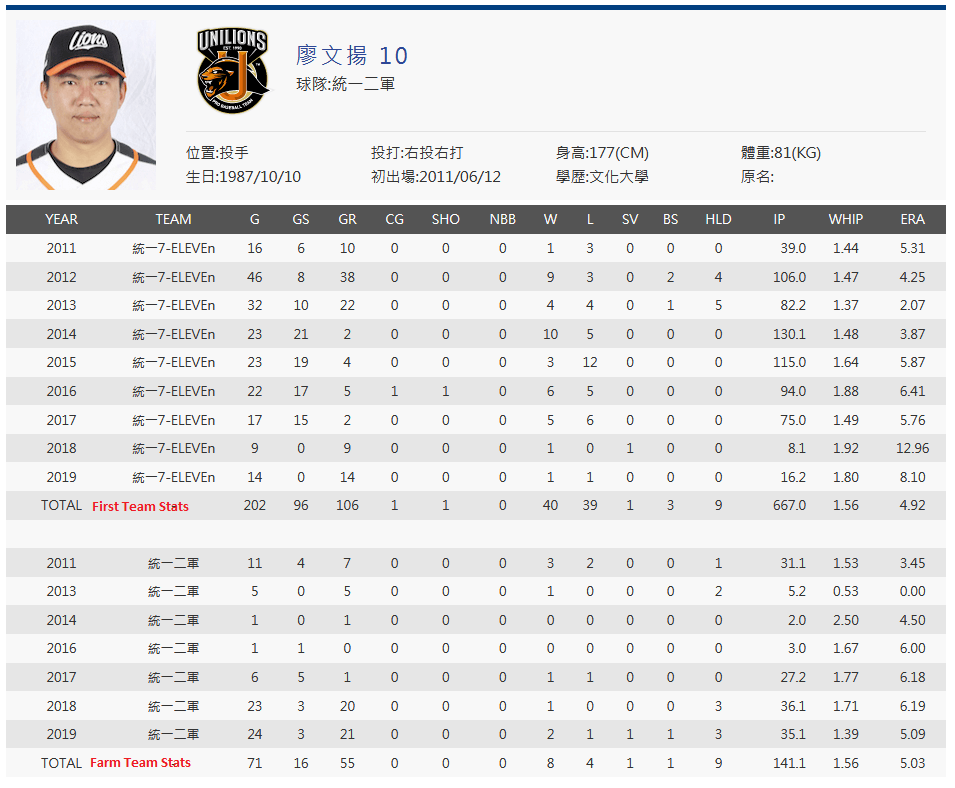 28-year-old Lo Hua-Wei was the fifth-round draft pick from 2015. Prior entering the CPBL draft, he spent three seasons pitching within the Detroit Tigers system and reached Short-A.

In 2016, he pitched a total of 41.2 innings and posted a shaky 6.33 ERA and 1.95 WHIP as a reliever. After that, Lo has been quite forgettable with limited first-team opportunity.

“We only have one left-hander in our bullpen,” said the Dragons’ manager. “Lo can fill our left-hander shortage.” 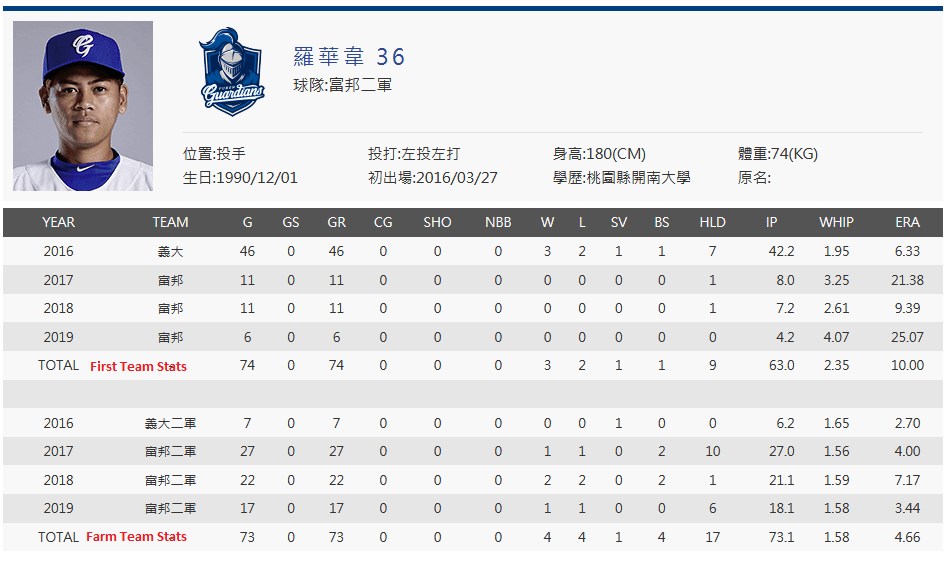