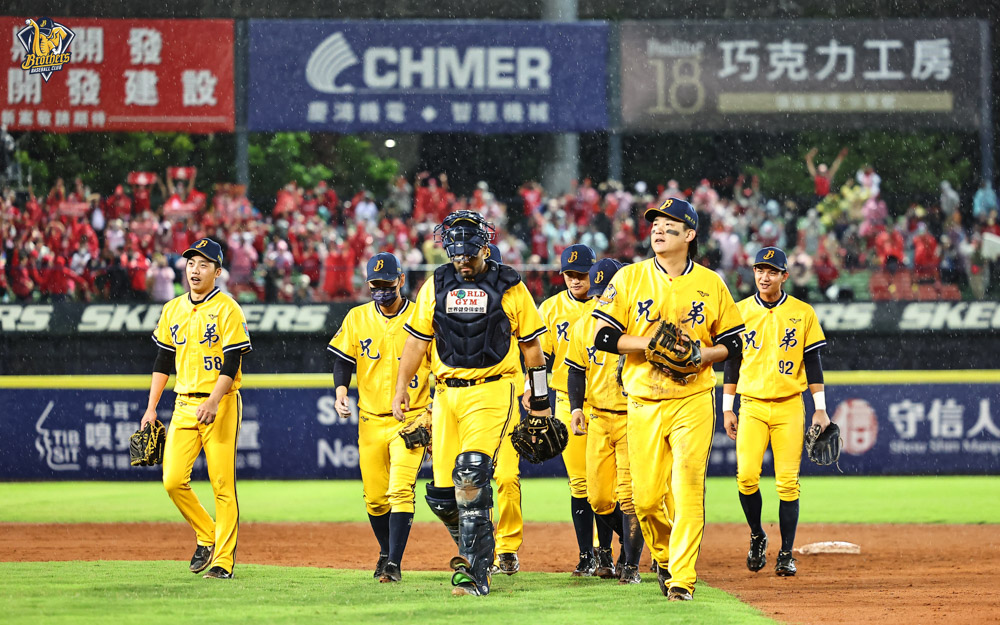 On October 31, the CTBC Brothers punched their ticket to the Taiwan Series by defeating the Wei Chuan Dragons 3-2 in Game Three of the Playoff Series. The CTBC Brothers will face the Rakuten Monkeys on November 5 in the best-of-seven Taiwan Series, with the hope of taking home the Championship.

The CTBC Brothers being the half-season winner, were awarded a 1-win advantage heading into the Playoff Series against the Wei Chuan Dragons.

The Brothers won Game One 6-2 with ease by knocking out the Dragons’ ace, Jake Brigham, in less than two innings. (Brothers leading the best-of-five Playoff Series 2-0)

In Game Two, the Dragons fought back with a 2-4 victory due to a crucial dropped third strike committed by the Brothers’ catcher. (Brothers leading the best-of-five Playoff Series 2-1)

Game Three was a nail-biter. But in the end, the Brothers prevailed, thanks to Chiang Kun-Yu’s clutch go-ahead RBI single. The Brothers ended up winning 3-2 and won the Playoff Series.

The CTBC Brothers struck first and jumped on the scoreboard early in the bottom of the first inning with a 2-run blast by 陳子豪 (Chen Tzu-Hao).

CTBC Brothers' 陳子豪 (Chen Tzu-Hao) gives the Brothers an early lead with a 2-run blast in the bottom of the 1st inning. #CPBL pic.twitter.com/0gS8ypwaD3

The Wei Chuan Dragons, facing the Brothers’ starter Tyler Viza, were able to put plenty of runners on bases but failed to bring them home. The Dragons stranded an alarming ten runners across the first six innings.

Perhaps it was a Halloween miracle. But Tyler Viza, the 28-year-old American right-hander, allowed nine hits and a walk but miraculously finished six innings of work without giving up a single run. The Brothers carried a slim 2-0 lead into the seventh inning.

Despite being a second-year expansion team, the young Dragons displayed their tenacity and willingness to fight. In the seventh inning, their power-hitting catcher, Giljegiljaw Kungkuan, deposited a game-tying 2-run shot to reset everything.

Bottom of the seventh, the Brothers mounted their attack after the two outs. Yueh Tung-Hua drew a walk and reached third base after a single by his younger brother Yueh Cheng-Hua.

The Brothers’ shortstop Chiang Kun-Yu, one of the hottest bats in the league this season (148 wRC+), delivered by lining a clutch go-ahead RBI single to left field.

Moving on to the top of the ninth inning, the Brothers were holding on with a 3-2 lead. For the Dragons, it was their last chance to keep the Playoff Series alive.

The Brothers’ closer, Lu Yen-Ching, quickly recorded the first out with a flyball to left field. And then, of course, it is not the CPBL without its late-inning bullpen drama.

The Dragons were able to load the bases with an error and two walks. But Brothers’ closer settled down and struck out the final batter Brian Goodwin to seal the win and punch their ticket to the Taiwan Series!

CTBC Brothers 呂彥青 (Lu Yen-Ching) escapes a bases-loaded jam by striking out the final batter to seal the win!

The Brothers have won the Playoff Series and will advance to the Taiwan Series! 🥳 #CPBL pic.twitter.com/6XHgUrgqaJ