On August 18, the CTBC Brothers clinched the 2021 CPBL first-half season title by defeating the Monkeys 9-4. This is the Brothers 17th half-season championship in their franchise history.

“Before the game, I told the players don’t think about tomorrow,” said the Brothers’ manager Lin Wei-Chu. “Everyone needs to find a way to step up and to be the hero.”

The CTBC Brothers are your 2021 #CPBL 1st-half season Champions. This is the 17th half-season title in their franchise history. pic.twitter.com/n2FEtKs046

The CTBC Brothers wasted no time and jumped on board in the first inning with a double steal by Chen Wen-Chieh and Chen Tzu-Hao. Top of the second, they added another run and made it 2-0 with a solo shot by Hsu Chi-Hung.

Top of the third and fourth, with six hits, including a two-run homer by veteran Lin Chih-Sheng, the Brothers added another five runs and now have a comfortable 8-1 lead.

The Rakuten Monkeys managed to fight back, scoring four runs across the bottom of the second to the fifth inning to make it 8-4.

Seeing the Monkeys attempting to build momentum for a comeback, the Brothers decided to call upon their ace José De Paula. The 33-year-old Dominican left-hander did precisely that. From the bottom of the sixth to the ninth innings, 12 batters up, 12 batters down.

“I wasn’t planning to use José De Paula today,” said the Brothers manager. “However, after seeing we only had a slim four runs lead, I decided to use him as a reliever.”

“Starter or reliever, it doesn’t matter, I have the same approach to both roles,” said José De Paula, who pitched four scoreless innings. “I just focus on getting three outs as soon as possible.” 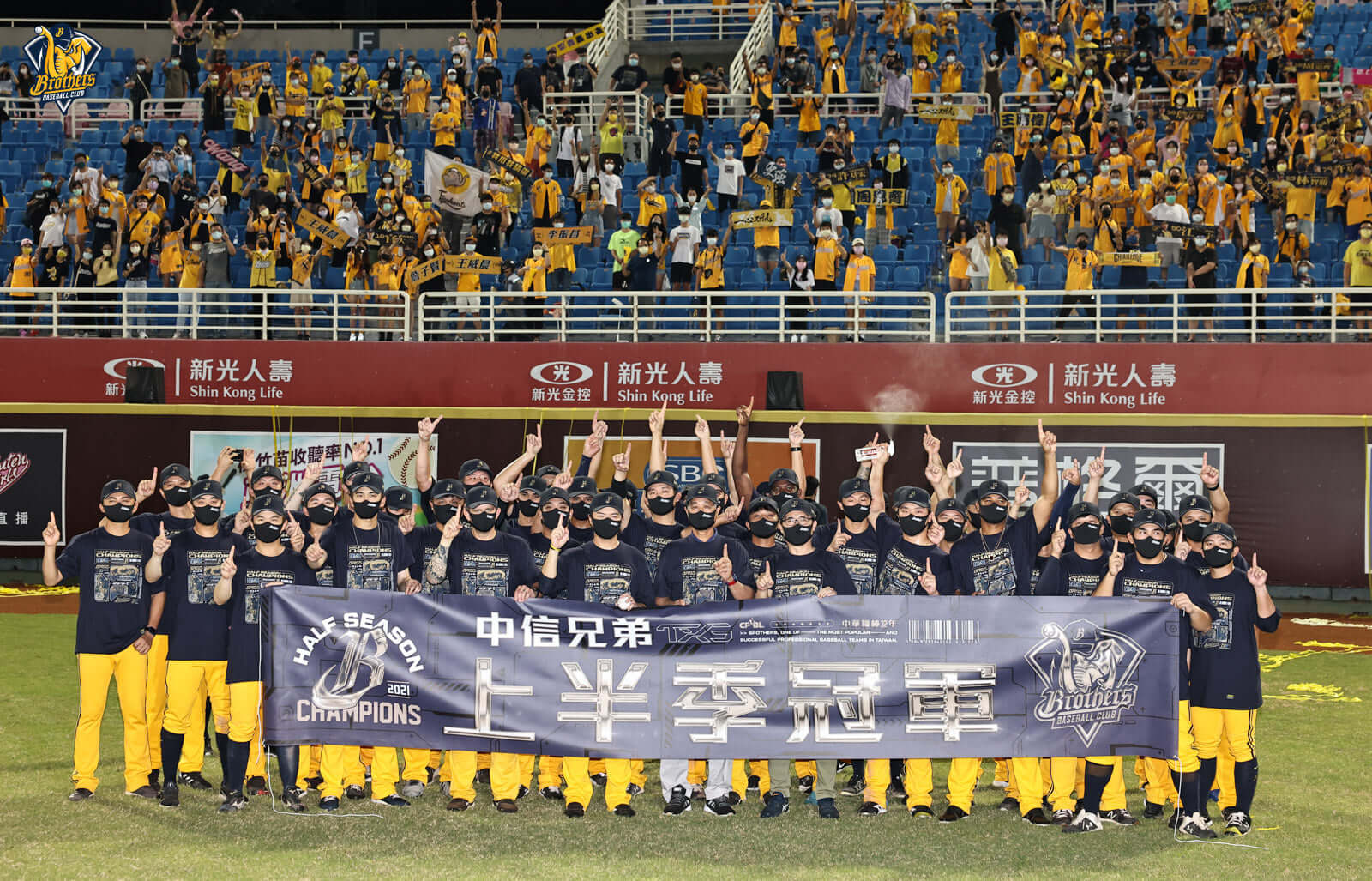 How to celebrate your 2021 #CPBL half-season title while under coronavirus restrictions: