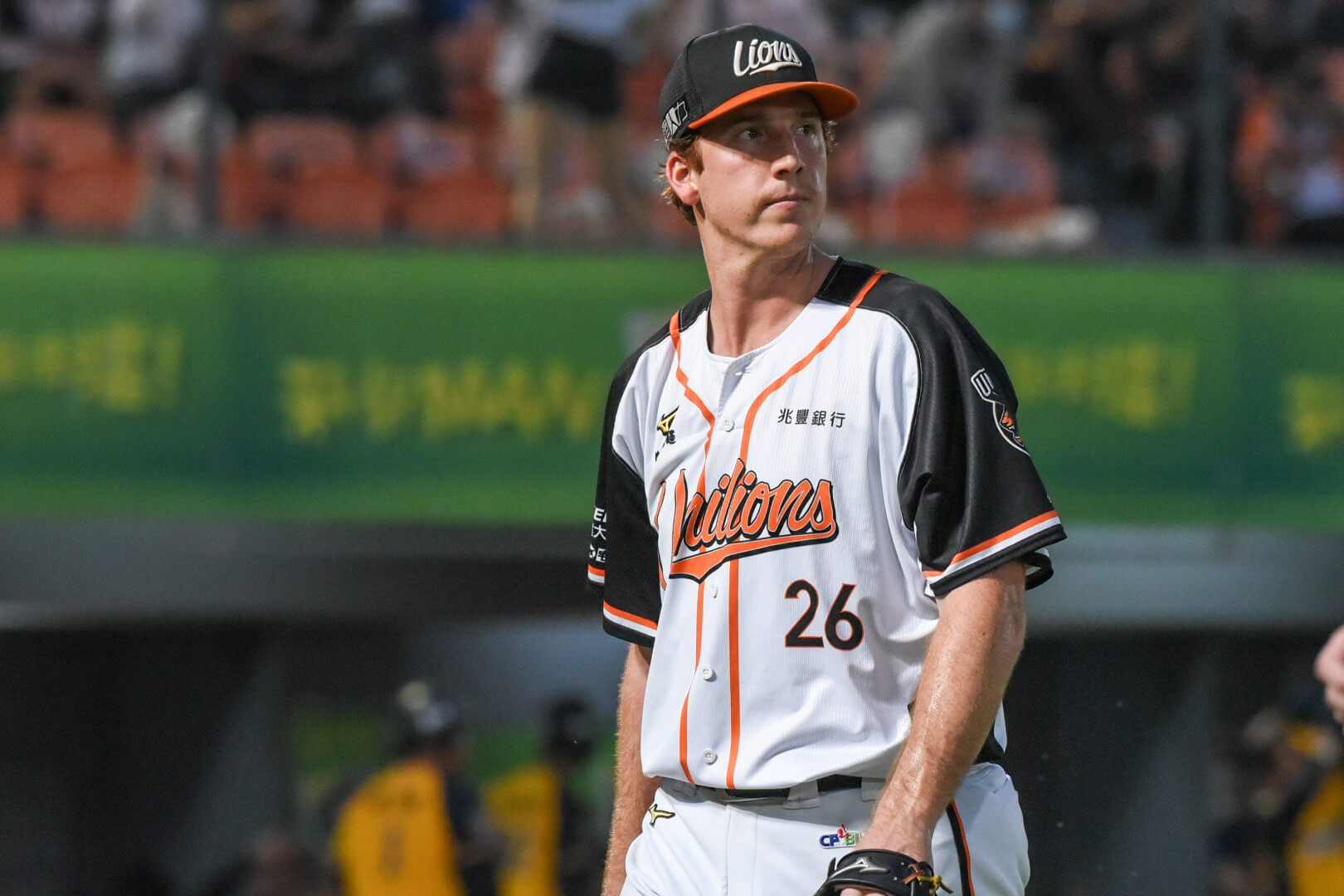 On November 1, UDN reported that the Uni-Lions are interested in re-signing Teddy Stankiewicz and bringing him back for the 2022 CPBL season.

However, things are not going that smoothly for the Uni-Lions on the re-signing front, as there are other competitors in the market also trying to sign the 27-year-old American right-hander.

According to several media outlets, the CTBC Brothers have set their eyes on the former Uni-Lions ace and contacted Stankiewicz’s agent.

“We have reached a preliminary understanding with Teddy Stankiewicz,” the Brothers general manager told ETtoday.

Uni-Lions Out of the Race?

Based on what the Uni-Lions general manager told the media, it would appear that they no longer wish to compete in the bidding war with the Brothers for Teddy Stankiewicz. The team is likely to shift its resources to retain Brock Dykxhoorn for the 2022 season.

“We still maintain contact with Stankiewicz’s agent. We will always welcome him back with open arms,” said Uni-Lions GM.

All Depends On NPB and KBO

UDN indicated that Teddy Stankiewicz is still seeking opportunities in Japan’s NPB or Korea’s KBO at this stage. However, if there is no contract by December, he is highly likely to return to the CPBL and sign with the CTBC Brothers.

Due to the CPBL suspended its season over pandemic concerns, in early July, Teddy Stankiewicz decided to leave the Uni-Lions and go represent Mexico in the Tokyo Olympics, hoping to land a contract in the NPB or KBO.

#CPBL in the Olympics!

How Much and How Long?

In recent years, the CTBC Brothers are known to be the team that spend big for their foreign players. Maybe the Brothers offered something between $400K to 600K USD to Teddy Stankiewicz? Perhaps they offered him a multi-year deal? I guess we will find out in December.

#CTBros have signed Ariel Miranda for $600,000 USD excluding performance incentives. The 30-year-old left-hander spent 2016-18 with the Seattle Mariners in the MLB and 2018-19 with the NPB's SoftBank Hawks. #CPBL pic.twitter.com/CuwRsasZv3