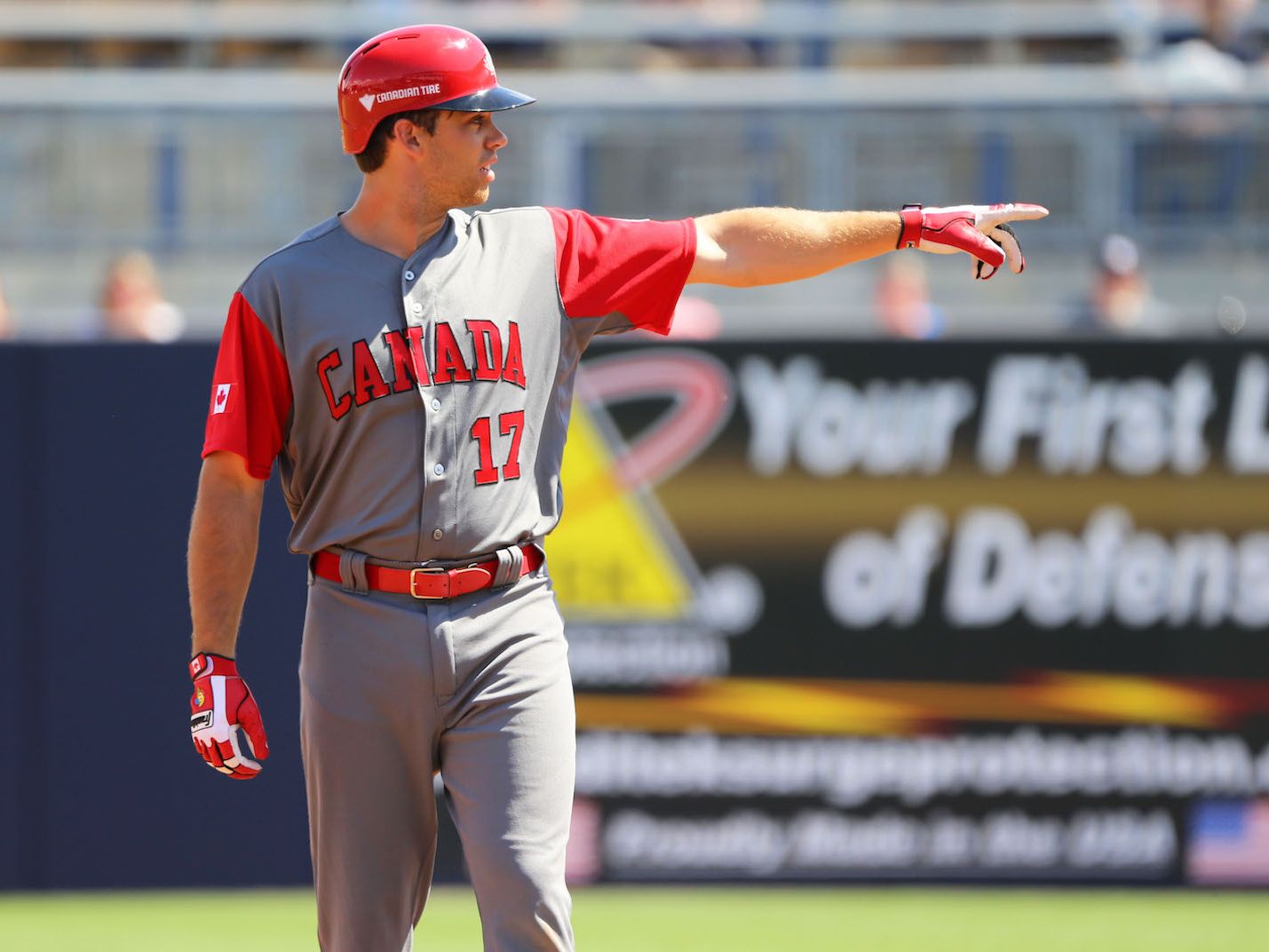 On December 29, 2018, the Chinatrust Brothers announced the signing of 26-year-old the former Pittsburgh Pirates’ infielder Eric Wood. Two seasons after Felix Pie left the Uni-Lions, the CPBL finally have another foreign position player.

The CPBL Stats were fortunate enough to get the opportunity to have a quick chat with Eric Wood, who is currently preparing for the upcoming 2019 Pan-American Games Qualifier.

Signing With the Brothers

Q1: Can you talk a bit on how did this signing come about? When did the Brothers approach you? I assumed this is your first trip to Taiwan, did you ever imagine you will be playing professional baseball in Asia?

A1: I always wanted to play baseball in Asia, and it’s been one of my goals for a long time. The signing came about because I had expressed a large interest in going overseas with my agency.

It was a few weeks of deciding what path I wanted to take in my career. After a lot of discussions, I felt that the Brothers showed that they wanted me and that’s what made me decide to sign. I think every baseball player wants to be somewhere wanted. 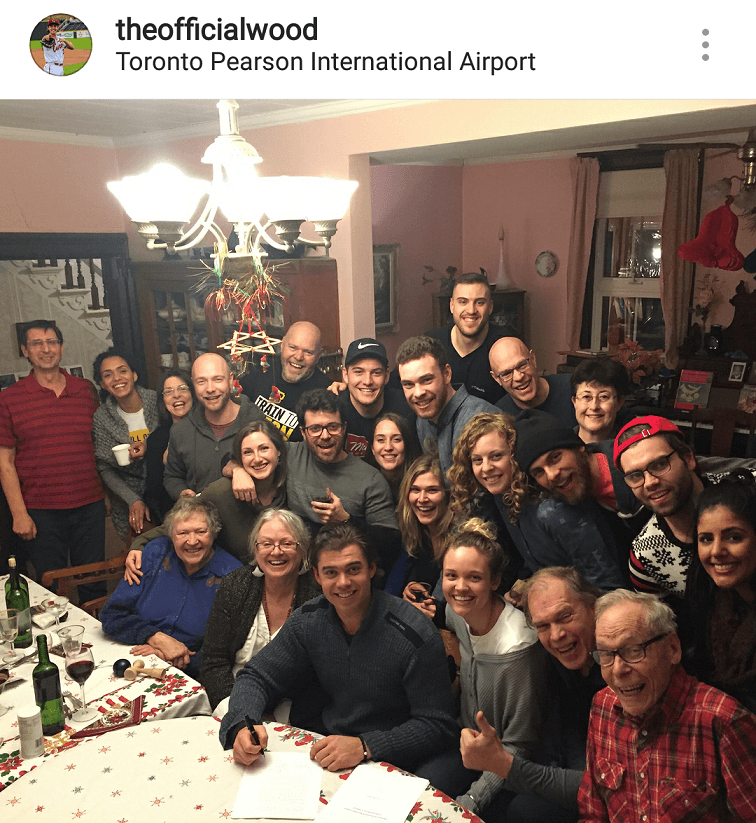 A2: Playing for Team Canada in the WBC was a highlight of my career so far. It was such a great experience playing with and against the best players in the world.

Leading up the WBC, Team Canada played against the New York Yankees in a practice game, and I went 3-for-4 with a double off the Yankees’ ace Luis Severino and two home runs. That was a big game for me because I was playing for a starting spot during the tournament.

During the tournament, I got some hits off really good pitchers. Playing against the Dominican and the US was playing against the best players in the world. Two MLB All-Star teams, it was an absolute highlight for me.

Playing alongside with Canada’s best was a lot of fun, the guys treated me well and watching them work and compete was an absolute treat.

Q3: Do you know much about Taiwan’s CPBL before your signing with the Brothers? Any idea what to expect when playing in Taiwan? Are there expectations or personal goals you have for yourself? What are some of the challenges you think you will face playing baseball in Asia?

A3: I truly didn’t know much about the CPBL before. I expect to have the opportunity to win the baseball game every day.

I believe playing to win is the best way for everyone on the team (including myself) to have success. A challenge that I think I will face is the language barrier. I’m trying to learn Mandarin. I want to be able to communicate with my teammates and fans.

Q4: Your former Taiwanese teammates Jin-De Jhang, who came up the Pirates’ system with you over the years. Did he give you any advice or tips when you decided to play in Taiwan?

A4: I spoke with Jin-De a few days ago. He is one of my favorite teammates. He says that I will like playing baseball in Taiwan. I’m excited to see him for a short visit before he heads to the United States for spring training.

Q5: Can you describe what type of hitter you are? And what can the Brothers fans expect from you this season?

A5: I’m the type of hitter that hits the ball hard to all fields. Driving the ball to the gaps and over the fence is my strong suit.

Q6: With you able to play multiple positions (3B, OF, 1B), has the Brothers’ management or your agent told you which position you will most likely to play for the Brothers in 2019?

A6: My favorite position to play is 3B. I’ve played all over, and I’m ready to play anywhere for the Brothers.

Q7: There were plenty of minor leaguers came to play in the CPBL before landing a lucrative contract in Japan or Korea, is that something you want to work towards in the future?

A7: I want to make sure I do the best I can. I hope that if I help the team win, I can land myself in a place for a number of years. Being a franchise player has always been my dream.

Q8: Do you have a nickname?

Q9: Any local food you heard about or would like to try?

A9: I haven’t heard much about the food but I’m not picky, and I’m excited to try it. I’ve heard a lot of good things.

Q10: Do you have a favourite sports team and player growing up?

A10: My favorite sports team growing up was the Toronto Raptors and my idol was Derek Jeter.

Q11: Biggest influence to you as a professional player?

Nigel was the first person/ coach that believed in me. He helped me believe in myself. There aren’t many successful baseball players where I’m from in Canada, but he is an exception. He’s had a lot of success playing in the big leagues and Japan. I hope that I can simulate the same success that he has had.

Q12: Since positional players in Taiwan will all have their own individual theme song and chants. Do you have a favourite tune or music you would like to use as your theme song while playing for the Brothers?

A12: I have a few that I might go with, I like a lot of types of music, but my favorite is probably house music. If people had suggestions for me, I’d love to hear them.

Q13: Any hobbies or pastime outside of baseball?

A13: The hobbies that I have are golf and traveling. I enjoy golfing in my spare time. I hear Taiwan has some good golf courses, and I’m excited about that.

Traveling is something that I’ve been doing for a long time. I love experiencing new cultures. I think it helps me better understand the world and people. 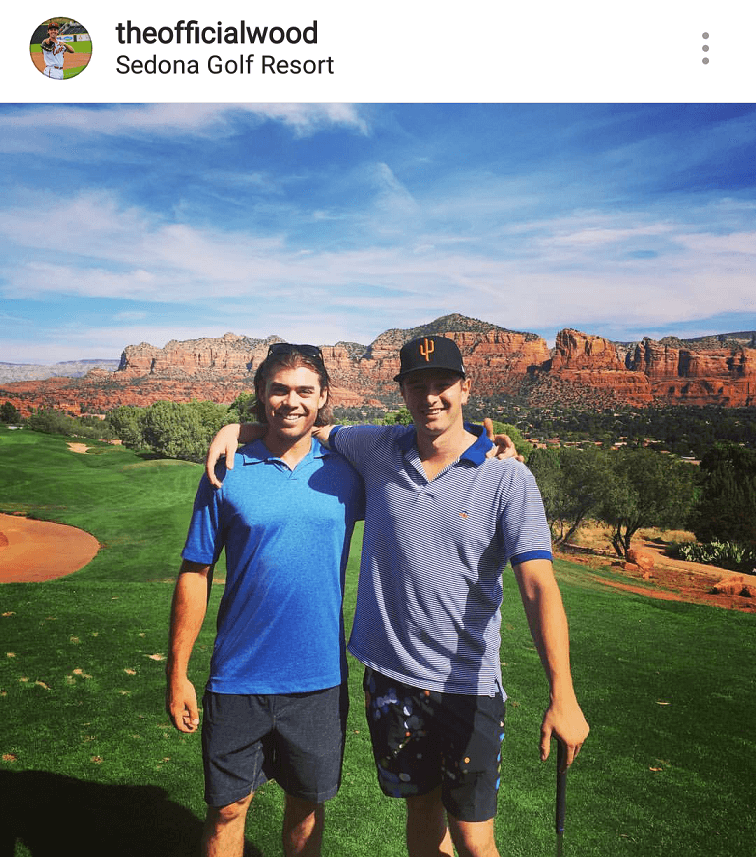 Q14: Lastly, any message to all the Brothers’ fans in Taiwan?

A14: To the fans- thank you for all your support so far. I’m very excited and ready to embrace this team and the community with an open heart. Please follow me on social media if you have any questions for me or wish to see my training or where I am at the moment.

Thank you and let’s go Brothers!