With 72 games into the 2019 CPBL season, here is another edition of the CPBL debrief as of May 20, 2019. We will be covering the basic overall graphical standings, run differential and a few nice plays highlight.

Play of the Week

#Lamigo Monkeys' 朱育賢 (Chu Yu-Hsien) races back to the wall and makes a leaping catch at the warning track. #CPBL pic.twitter.com/mB6aSEUiHR

#Lamigo Monkeys' 黃敬瑋 (Huang Ching-Wei) took away an extra base hit with a leaping catch at the wall! #CPBL pic.twitter.com/6tK4bbEkYD

#UniLions' catcher 林祐樂 (Lin Yu-Le) chases down a bunt and makes an off-balance throw to 1st in time for the out. #CPBL pic.twitter.com/nzheGZBlCw

There is one magic number that is on every teams’ mind right now. Yes, we are talking about the number 20th win. But, you may ask, what is so special about it? Aren’t we only half-way through the first-half season?

Well, statistically speaking, the first team that reached 20th win will have a roughly 80% chance of winning the half-season championship and secure a spot in the Taiwan Series.

Take out the 1998 and 1999 season, where the CPBL was in a single-season format. In the past 29 seasons, there were a total of 54 half-season. Out of that 54 half-season, only 10 cases where a team that reached 20th win first but failed to win the half-season championship.

Notes: In 2009, the Uni-Lions and Sinon Bulls both reached 20th win on the same day. The Uni-Lions ended up winning the first-half season. 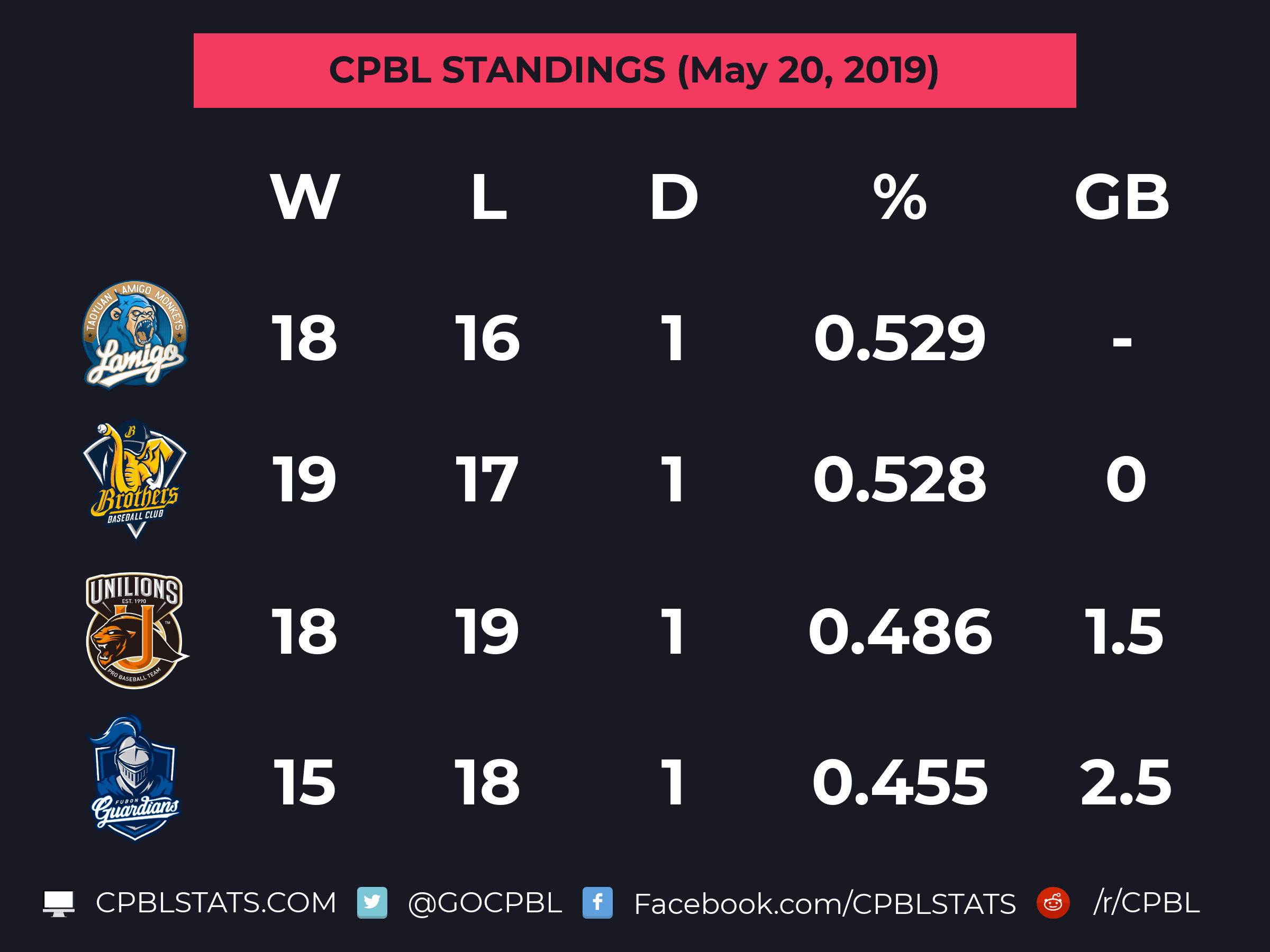