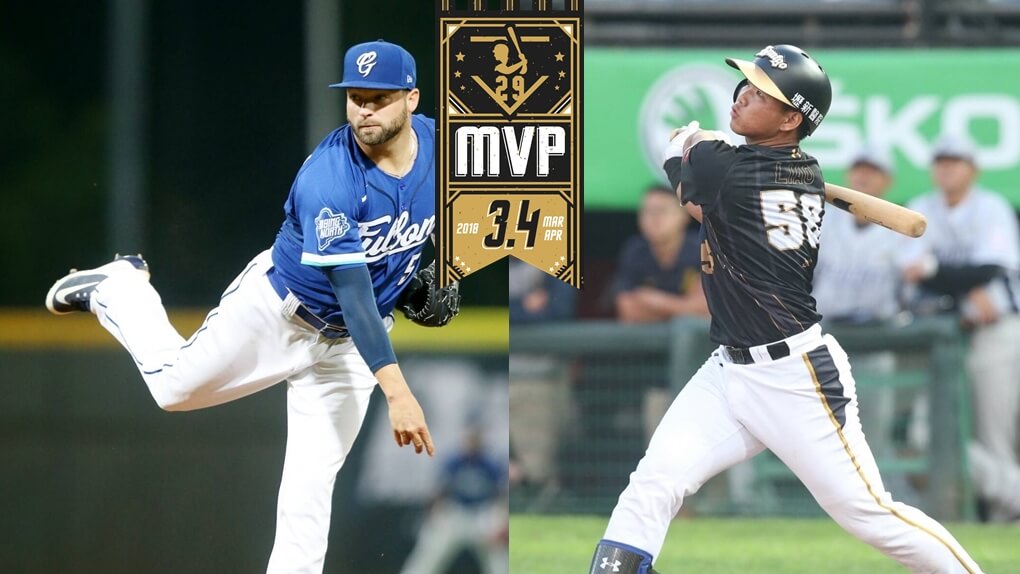 The CPBL have named 廖健富 (Liao Chien-Fu) and Bryan Woodall as the March and April MVP. The monthly award is voted by the media which showcase the league’s best hitter and pitcher of the month.

At the age of 19, the Lamigo Monkeys’ 廖健富 (Liao Chien-Fu) becomes the youngest player in the league’s history to win the monthly MVP award.

The Monkeys 2017 first round draft pick is currently hitting .434/.505/.639 with 3 home runs over 26 games and 100 plate appearance. Liao is also topping in several hitting categories in the league.

It is the second for the Fubon Guardians’ Bryan Woodall to receive the monthly MVP award, with the last time being September 2015 during his time as a Brothers.

One thing about Bryan Woodall over the years is consistent, despite his shaky 2018 debut, he has returned to the ace that people know of, with a solid 2.97 ERA, 1.27 WHIP, 28 strikeouts over 6 starts and 39.1 innings of work.