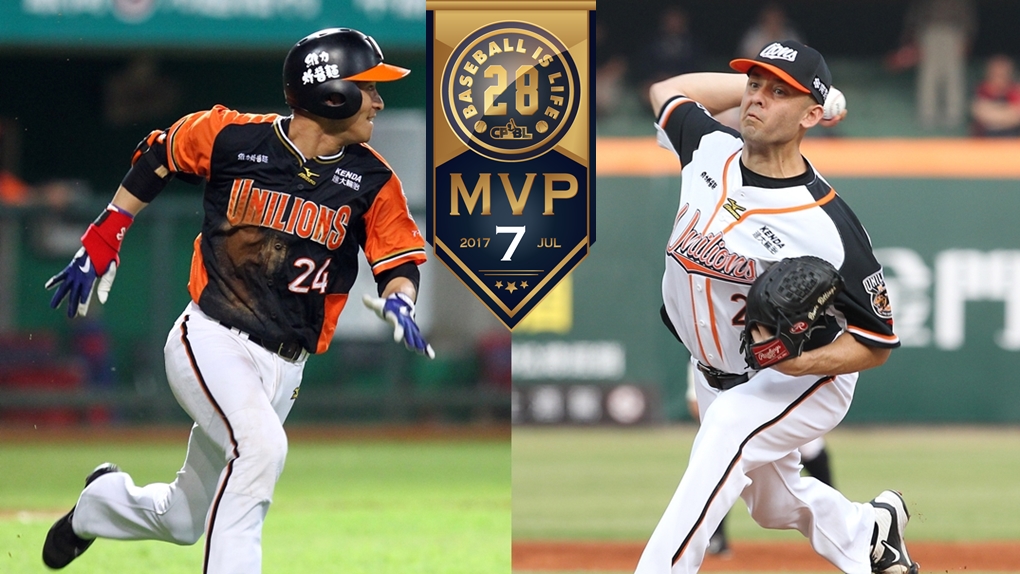 CPBL have named 陳傑憲 (Chen Chieh-Hsien) & Bruce Billings as the July MVP.  The monthly award is voted by local media which showcase the league’s best hitter and pitcher of the month.

Despite the shaky start in the beginning of the 2017 season.  The 2016 CPBL strikeout champion Bruce Billings seems to found his old self since middle June.  So far have registered 6 quality starts in the last 7 games.

The Uni-Lions RHP tweeted this after finding out he won the CPBL July MVP.

Bodying up the comebackers really paid off… 👀 https://t.co/Eh27yJ6Ouc

For those of you not exactly sure what Bruce Billings was talking about in that tweet, here’s a video of it.  On 15th of July Billings was hit by 3 comebackers in a single game.