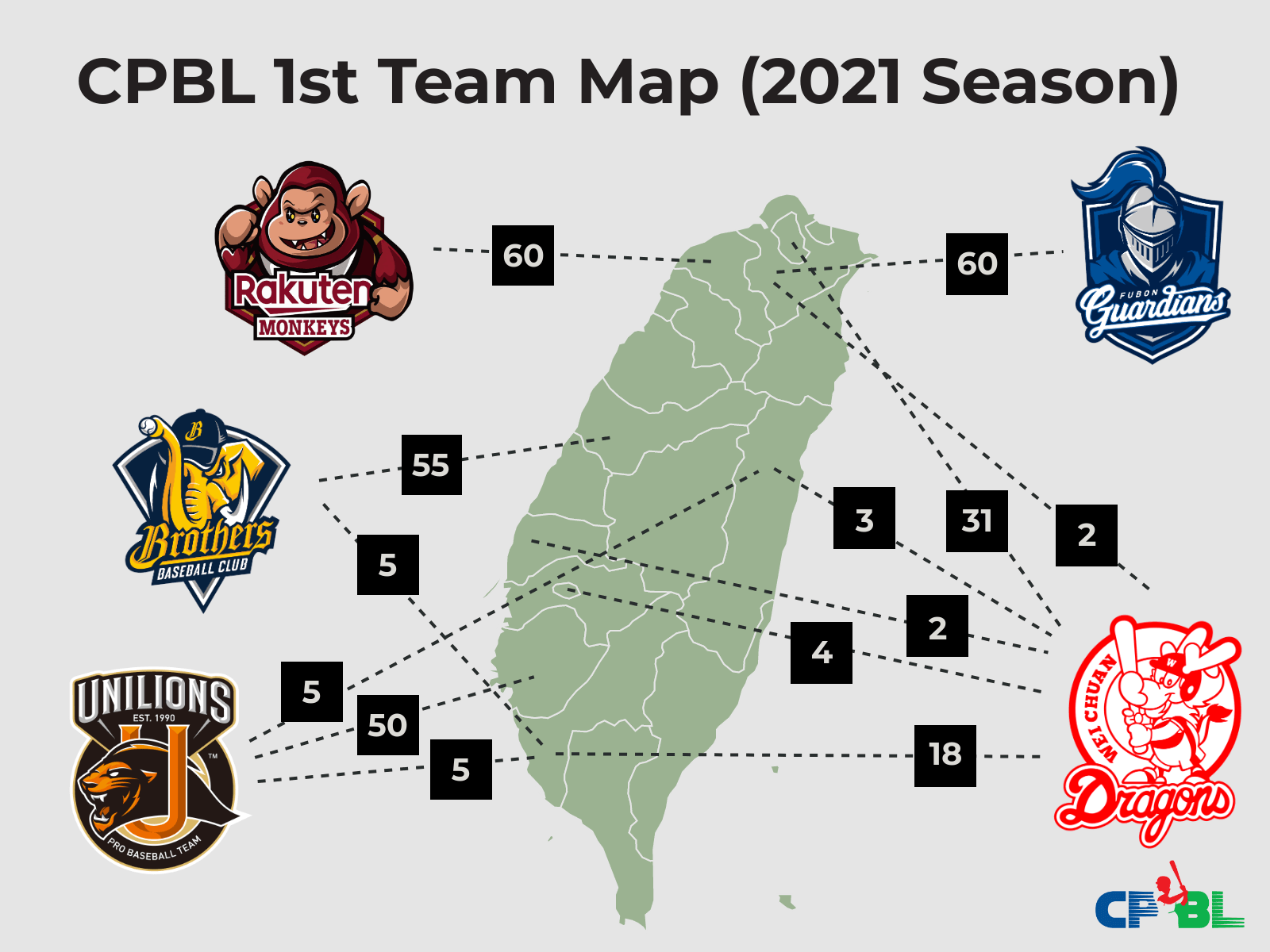 On January 29, the CPBL announced the 2021 season home game locations for the first teams.

As always, the Rakuten Monkeys and the Fubon Guardians are sticking with their deep root localisation strategy and will play all 60 home games in their adopted city.

The CTBC Brothers and the Uni-Lions focused most of their home games in their adopted city but will have 5-10 games in other cities.

Lastly, we have the CPBL expansion team, the Wei Chuan Dragons and their spray chart. Since the Dragons adopted home city’s stadium is still under construction and will not be ready until the end of 2021, they will travel quite a bit and spread their home games across six different locations in Taiwan.

According to the CPBL, the 2021 schedule is likely to come out before the 2021 lunar new year holiday.

Note #1: The Dragons are renting Xinzhuang Stadium (the Guardians’ home facility) for two games this season.

Note #2: Despite not having a professional team, the city of Kaohsiung will host 23 games this season, is Kaohsiung city testing the water and with the goal of establishing a new expansion team?