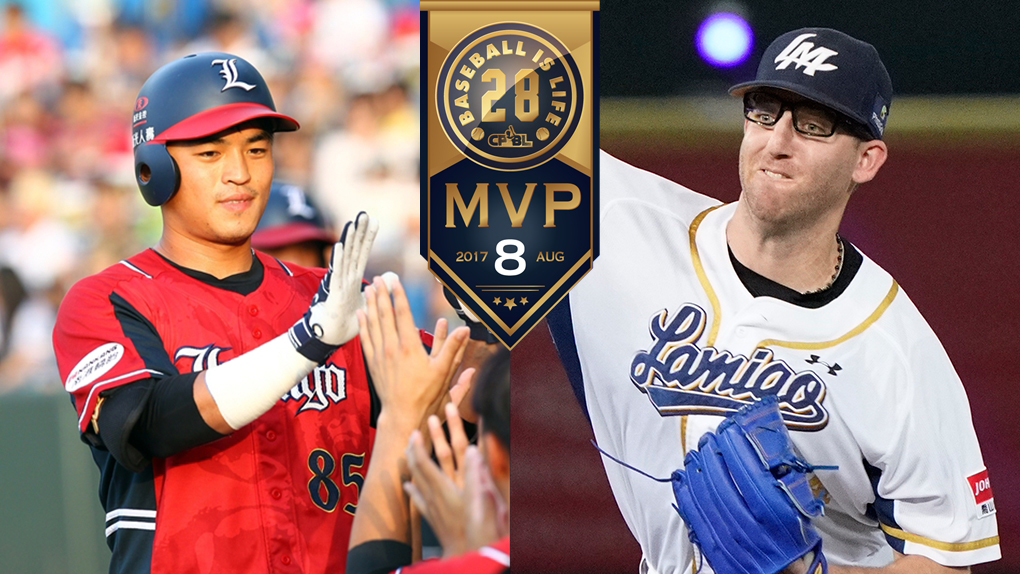 CPBL have named 朱育賢 (Chu Yu-Hsien) & Zeke Spruill as the August MVP. The monthly award is voted by the media which showcase the league’s best hitter and pitcher of the month.

This is the 3rd time for Zeke Spruilll to receive the monthly MVP award, as the hard-throwing RHP had previously won the monthly award back in March and April this season.

In the month of August, Spruill posted an impressive record of 1.71 ERA, 26 strikeouts, 2 walks over 31.2 innings of work, including a shutout win against Uni-Lions on the 25th of August.