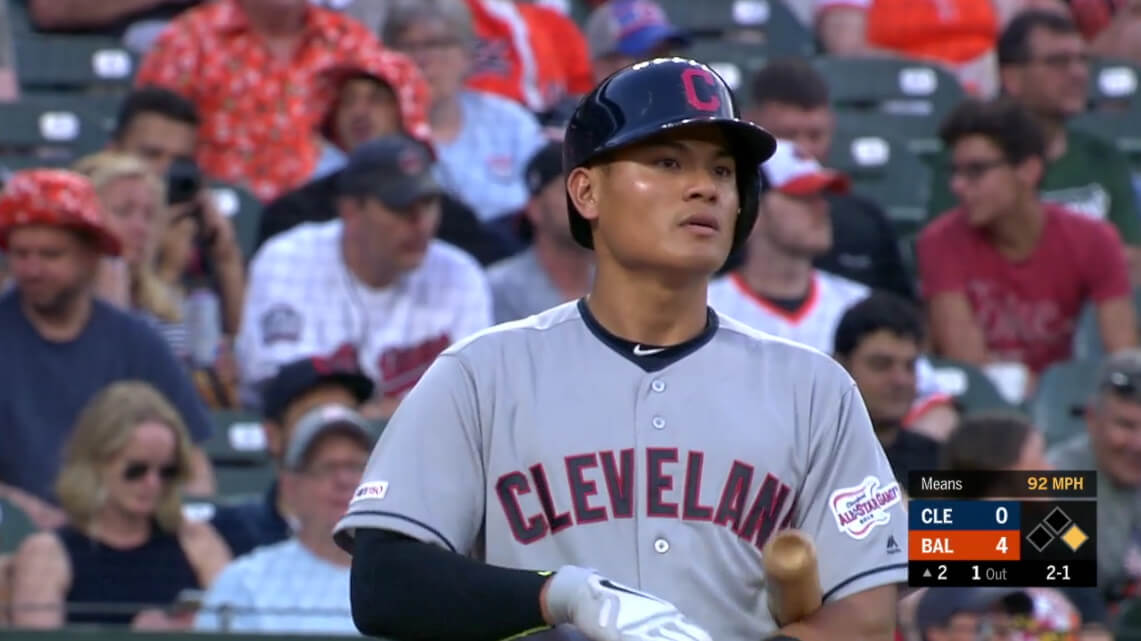 On the morning of June 27, rumours started circulating the Taiwanese baseball community that the Cleveland Indians have called up 張育成 (Yu Chang / Chang Yu-Cheng).

A day later, the Cleveland Indians confirmed the rumour. 23-year-old Taiwanese infielder Yu Chang has been called up to the major league to take the spot of Jose Ramirez, who will be on the paternity leave (1-3 days).

Not sure how reliable is this news, but according to HitTrax Taiwan, the Cleveland Indians have called up Taiwanese infielder 張育成 (Yu Chang). If that is the case, Chang will be the 16th Taiwanese to appear in the MLB. #RallyTogether #MLBTW pic.twitter.com/tj8Knbf4qk

Upon receiving the call-up, Chang immediately got the opportunity to start as the third baseman against the Baltimore Orioles. On June 28, Chang became the 16th Taiwanese player to appear in MLB history. He is also the second Taiwanese player since C.C. Lee to wear the Indians’ uniform.

In 2013, the Cleveland Indians signed Chang Yu-Cheng out of high school for $500,000 USD as an international free agent. Over the next few seasons, Chang quickly move-up within the Indians’ minor league system and reached Triple-A in 2018.

On the same year, Baseball America named Yu Chang the number six prospect within the Indians organisation. He was also listed as one of the ten prospects should take off in 2019 by MLB.

Yu Chang flexed some 💪 as he hit the ball over the 410' sign in straightaway center field.

You can follow all the Taiwanese players playing professional overseas in our 2019 Taiwanese Overseas Tracker. We are tracking over 31 players within the MLB and NPB system.