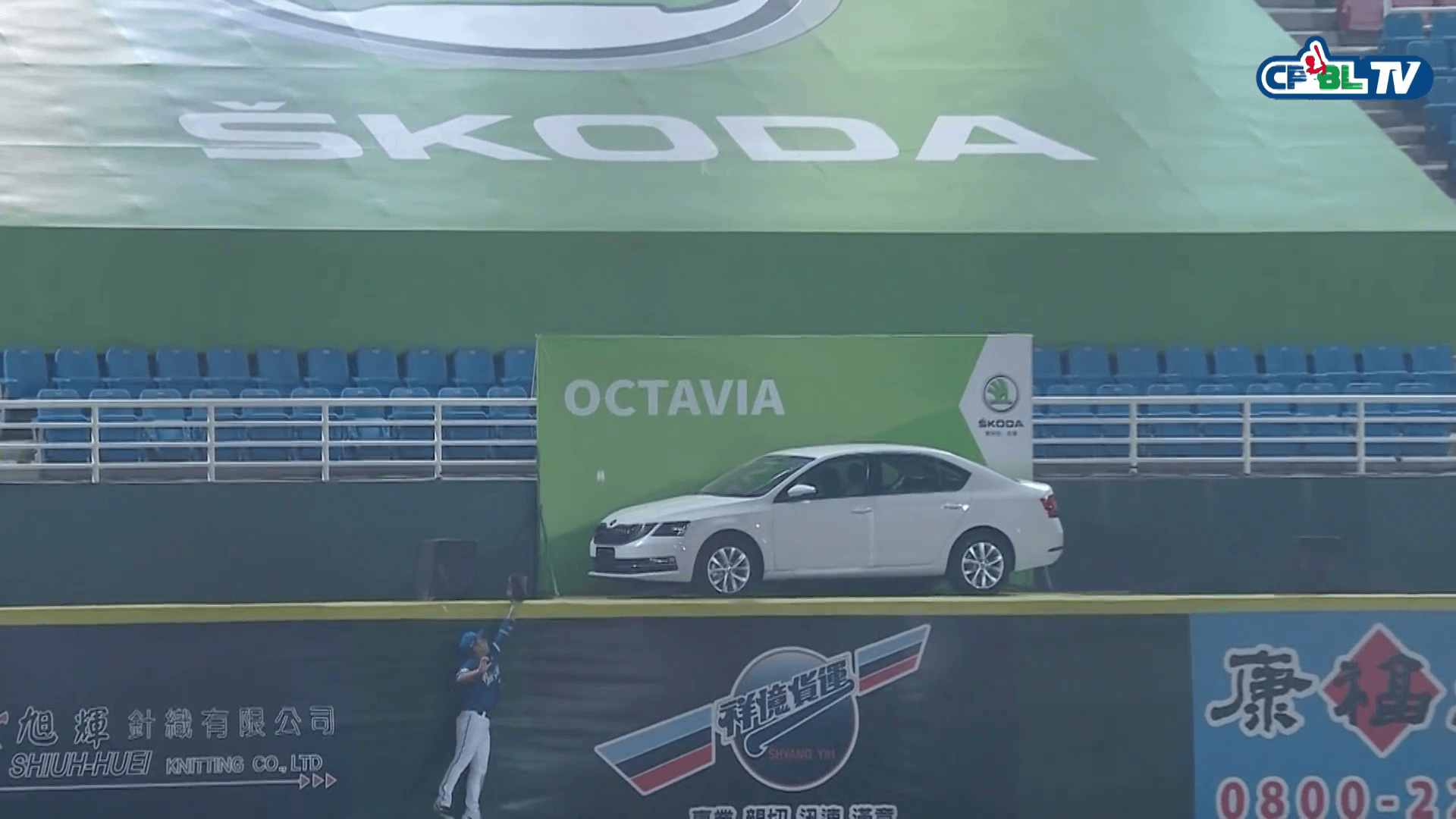 The last time Lamigo Monkeys’ 鍾承祐 (Chung Cheng-Yu) hit a home run was 993 days ago on August 26, 2016. However, it does not matter when it comes to winning a car, because it is all about hitting a home run at the right time, at the right place.

On the night of May 17, 2019, Chung Cheng-Yu launched a home run that hit the promotional car in the outfield and won himself a brand new car.

Congratulations to #Lamigo Monkeys' 鍾承祐 (Chung Cheng-Yu) for winning a brand new SKODA car by hitting it with a home run. #CPBL pic.twitter.com/XXwmh74vqS

It was bottom of the fifth, and the Monkeys were trailing the Guardians 4-0. Entered Chung Cheng-Yu, a veteran outfielder who has had a string of bad luck in the past few seasons with hit-by-pitch related injuries.

Chung sat on several pitches outside of the zone and found himself in a favourable hitter’s count situation. On the fifth pitch, it was a 144kph fastball down the middle, and Chung ripped a solo home run deep into the left centre field and scored a direct hit to the display car on the top of the home run wall.

To Keep the Car, Monkeys Must Win the Game

Now there is another problem, according to the new rule set by SKODA Auto, a direct hit to the car is simply not good enough to win it. If Chung wants to drive away with his new car, the Monkeys would have to win the game.

Long story short, it was a happy ending, Chung Cheng-Yu’s teammates stepped up for him. The Monkeys scored the go-ahead run in the next inning and defeated the Guardians 10-4. Chung finished the night hitting 2-for-4 and with a free car from SKODA.