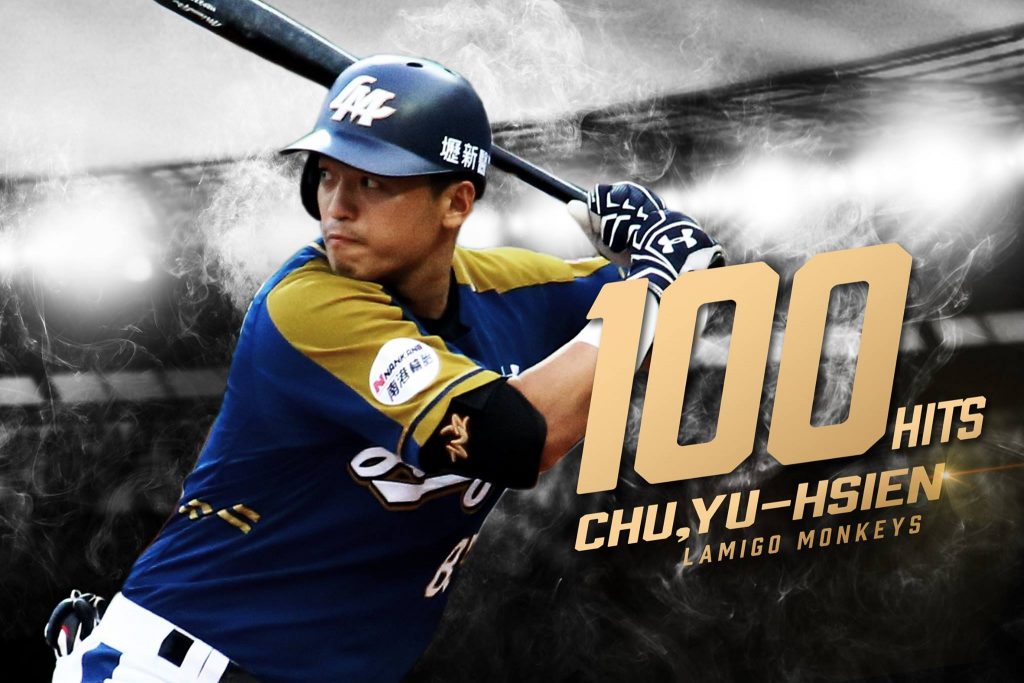 Widely regarded as the one of the top sluggers of the new generation, Lamigo Monkeys left-fielder 朱育賢 (Chu Yu-Hsien) achieved his career 99th, 100th hit with a solo homers in the top of 6th and 8th inning.  However, going deep twice in a game didn’t bring the victory for Lamigo Monkeys, as they dropped the game 7-11 to Chinatrust Brothers, ending the series against Brothers at Taichung Intercontinental baseball stadium with 1:2.

Before entering last night’s game, Chu was in the hit-less slump after his solid performance in the first 2 weeks of the season.  He confessed that he is facing some problems, yet he mentioned the bating coach 曾豪駒 (Tseng Hao-Ju) built up his confidence and suggested him to focus more on the basics – his plate discipline.

It’s good to see Chu has a lot more confident in his swing and hitting his way out of the slump with 2 homers in a game tonight.  So far in the 2017 season, Chu cracked 4 homers and has an IsoP at .326 which put him in the top 5 in the league.

Chu Yu-Hsien was drafted in the 7th round by Monkeys in 2015.  With the string of freak-injuries that puts majority of the primary starting players on disabled list in the beginning of 2016 season.  The rookie was given the opportunity to be in the starting lineup.