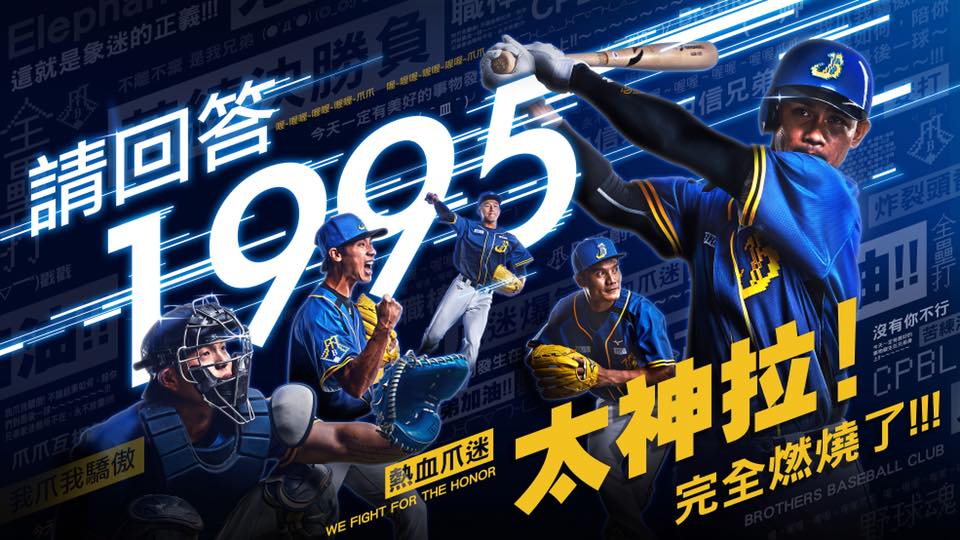 The Chinatrust Brothers have unveiled the long-awaited netizen themed uniform for their annual “Netizen Theme Nights” on September 15-16 at the Tianmu Stadium.

The Brothers are doing things a little differently this year, instead of having Throwback Nights and Netizen Nights, the front office have decided to combined both events in one single weekend.

According to the Brothers’ press release, the event will focus on the ’90s Taiwanese cultures along with Taiwanese internet memes.

The design is based on Taiwan’s classic PTT message board colour scheme, with a mixture of blue, black and yellow.

The team uses the computer terminal console blue as the primary colour with black gradient blocks at the bottom of the uniform. Along with the bright yellow pipings, to stay true to the so-called “PTT Art Style“, the Brothers’ logo also has been pixelated.