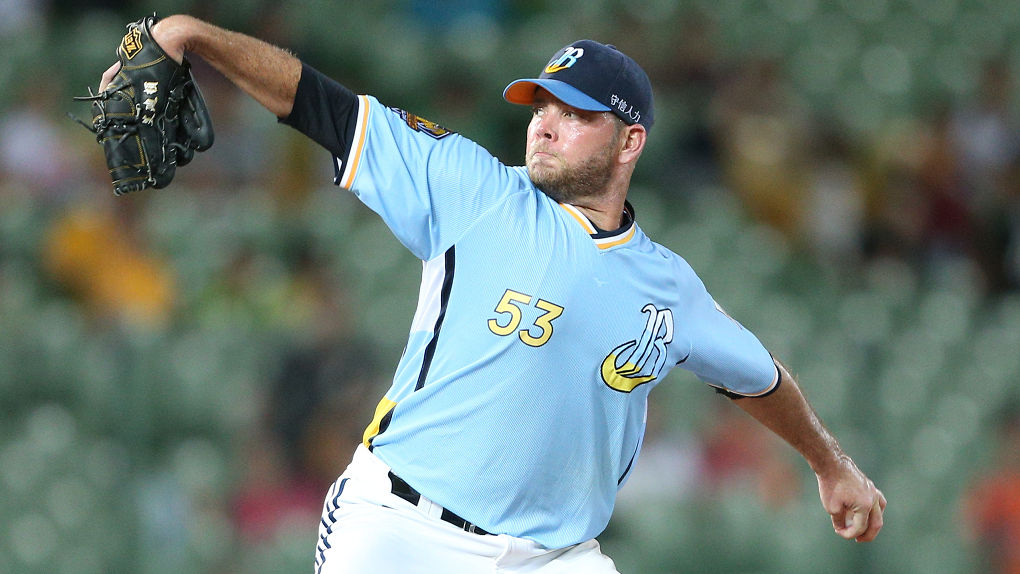 It is a special night at the Taichung Intercontinental Baseball Stadium. The Chinatrust Brothers’ left-handed pitcher Nick Additon has become the eighth player in 29 years of CPBL history to throw a no-hitter.

Despite walking six batters, Additon was able to suppressed the Uni-Lions’ lineup and finished the full nine innings with seven strikeouts over 132 pitches.

“In this league, we always face the same teams over and over again. Last time the Uni-Lions had me, but tonight, it’s a great win for me. Our defense was amazing and my catcher and I were in-sync all night,” said Nick Additon in the post game interview.

Where is the No-Hitter Ball?

A Brothers fans in the the outfield captured this on video. After recording the final out in the bottom of the 9th at the warning track, The Brothers’ outfielder 陳子豪 (Chen Tzu-Hao) accidently tossed away the no-hitter ball.

Chen and fellow outfielder 張志豪 (Chang Chih-Hao) ended up having to scaled over the outfield wall and retrieved the ball before joining the celebration at the mound.

#CTBros 陳子豪 (Chen Tzu-Hao) accidently tossed away Nick Additon's no-hitter ball after making the final out. 😱 Him and 張志豪 (Chang Chih-Hao) had to scaled over the outfield wall to find the ball and return to Additon. #CPBL (📹via https://t.co/mMNiGRTnoF) pic.twitter.com/OtI4TcFQ9t