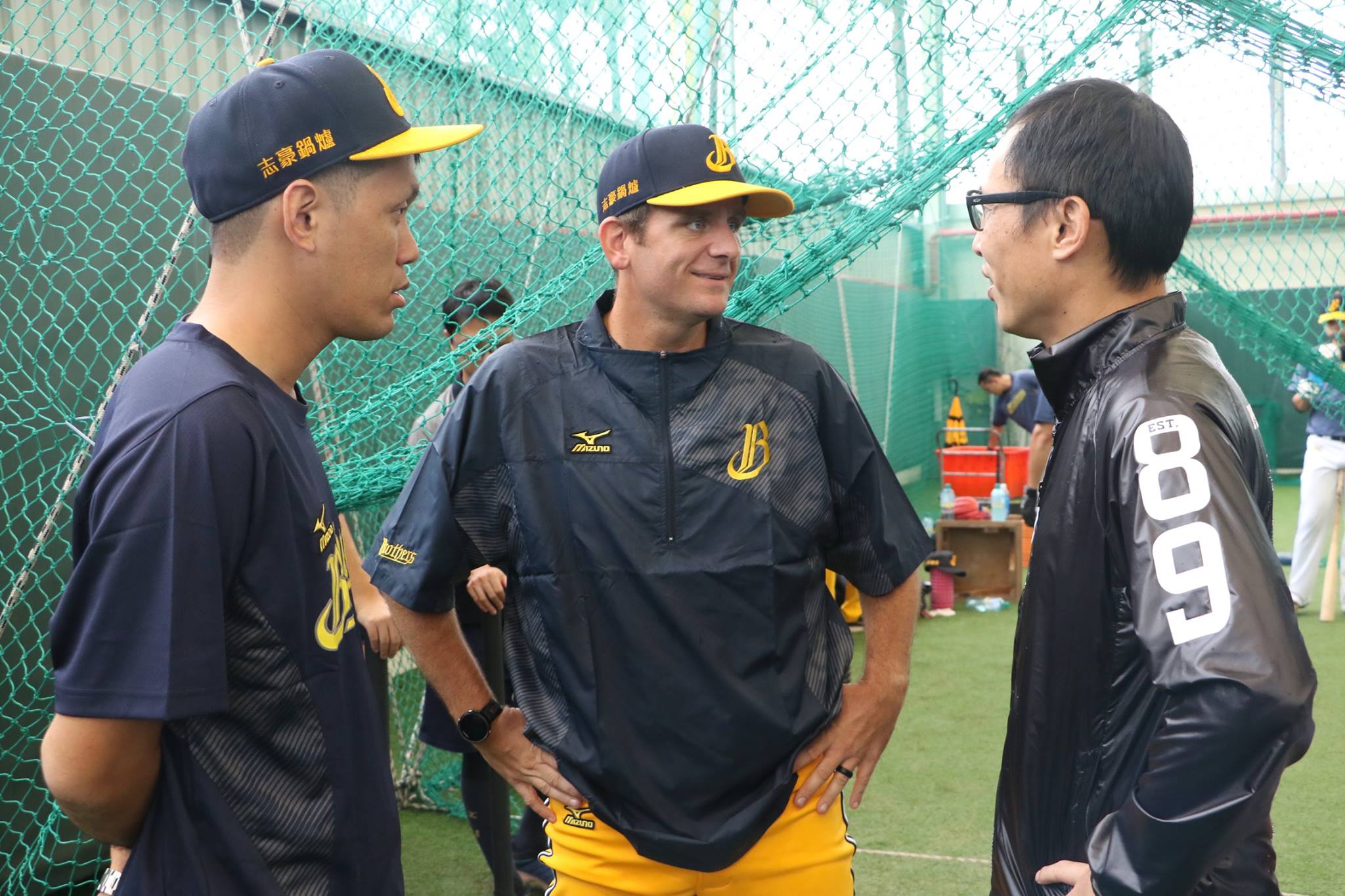 Chinatrust Brothers have added John Foster and 葉明煌 (Cola Yeh) to their ever growing coaching team.  Foster will take on the role of farm team pitching coach/ rehab coordinator, while Yeh will become the bullpen coach in the 1st team.  Both of them have extensive oversea coaching experiences.

The former Atlanta Braves LHP has been working for the MLB Development Centre in China for the past 2 years as pitching coach.  Foster was invited to Brothers fall training camp back in October last year as guest-coach.

He is expect to work alongside with farm team pitching coach Brad Hall to help and develop Brothers young pitchers.  (Brothers drafted 7 pitchers in 2017 mid-season draft)

Despite never made it to 1st team in CPBL during his time as a player.  The former Brother Elephants trainee has been working for New Zealand national baseball program for the past 15 years.  Yeh received numerous coaching awards and is considered as one of most veteran national coaches for Baseball New Zealand.

With Brothers pitching coach 許銘傑 (Hsu Ming-Chieh) leaving for a new role with the NPB’s Seibu Lions.  Cola Yeh will fill the gap and take on the 1st team bullpen coach role within Chinatrust Brothers organisation.  Yeh is expect to stay with the Brothers for at least 4 months before heading back to New Zealand.

“Cory (Brothers head coach) contacted me last year, but I turned down the opportunity as I had just moved my family back to New Zealand, but once he (Snyder) was offered a second year as Head Coach, he came back to me, so I am pleased we could come to an arrangement.”  Said Cola Yeh in an interview with Baseball New Zealand.