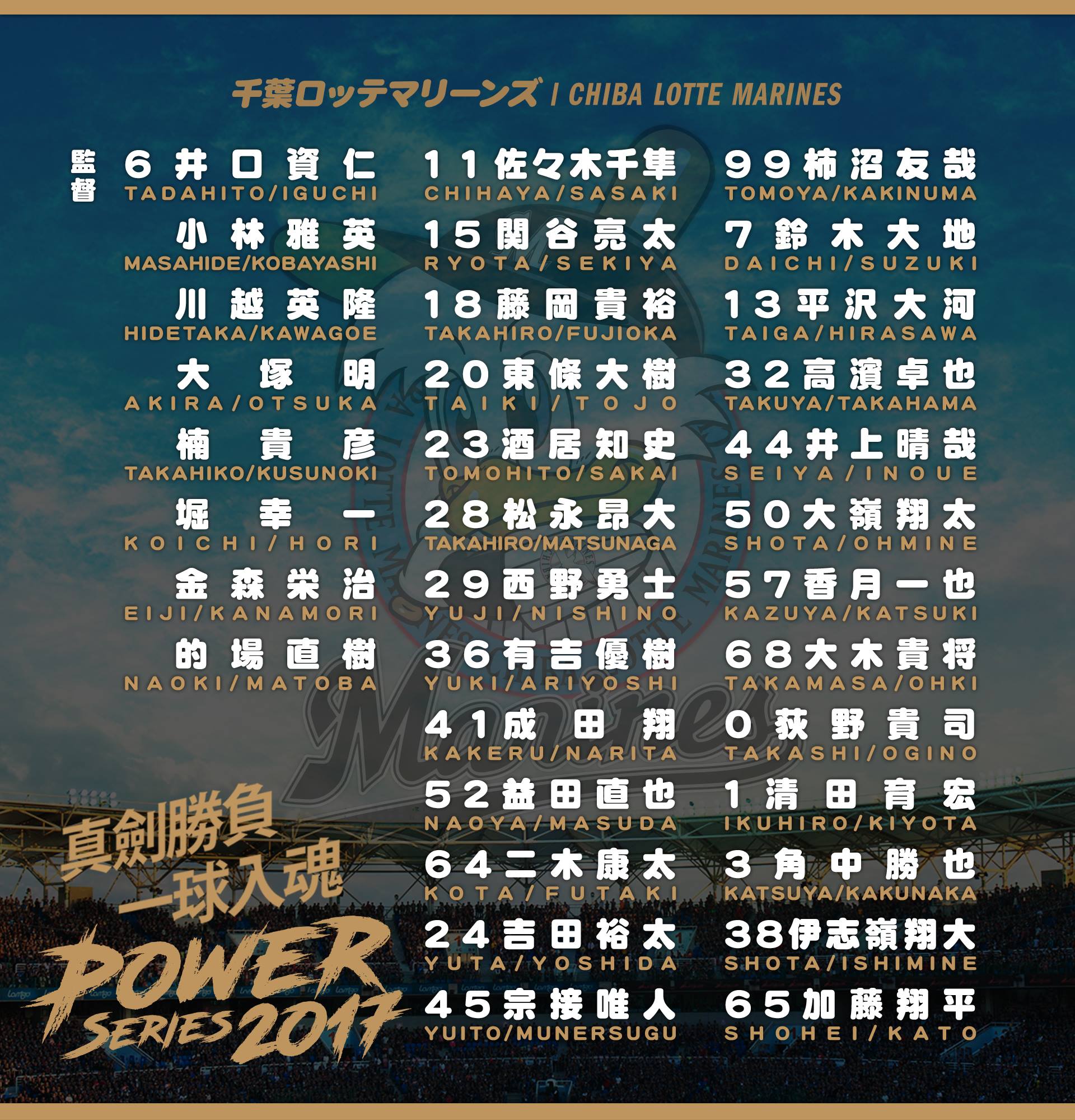 Led by newly appointed manager Tadahito Iguchi (井口資仁), along with team captain Daichi Suzuki (鈴木大地), 2016 1st round draft pick Chihaya Sasaki (佐々木千隼) and 2016 batting champion Katsuya Kakunaka (角中勝也).  This will be Iguchi first official game since he took over the helm back in October.

Fans around the world will be able to watch the the exhibition games for free on iQiyi and Pacific League TV.  CPBL TV and Eleven Sports will also be provide streaming service for their subscribers.  We’ll update the proper streaming list as we get closer to game day.