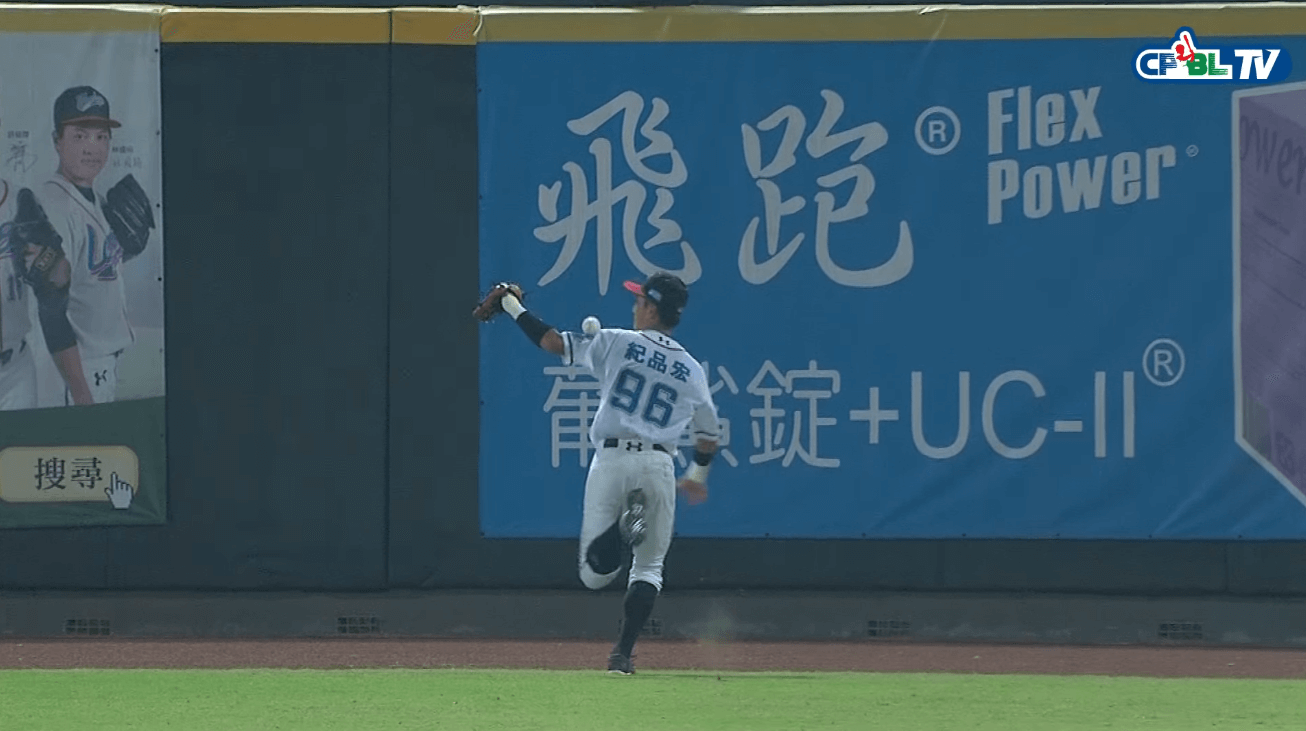 Inspired by the Colorado Rockies’ outfielder Raimel Tapia’s bobble play in the outfield yesterday. Let’s us wind back the clock to the 2015 CPBL season, where the Lamigo Monkeys’ 紀品宏 (Chi Ping-Hung) shows off his Cirque Du Soleil-like juggling skill in the outfield.

It happened on July 23rd 2015, during the the game between the Lamigo Monkeys and the EDA Rhinos in the top of the fourth inning.

The Lamigo Monkeys right fielder 紀品宏 (Chi Ping-Hung) tracked a deep fly ball near the warning track, but instead of making a boring routine catch, our showman Chi had other ideas in mind.

The baseball was bobbled at least nine times from his glove, arm, shoulder, chest before Chi finally had enough and caught it with his throwing hand.

Inspired by the Rockies Raimel Tapia's bobble play in the outfield yesterday. Here is one from #Lamigo Monkeys' 紀品宏 (Chi Ping-Hung) from the 2015 #CPBL season. (https://t.co/g6U9hN8Xe3) pic.twitter.com/dLVgKakg0G

The Thousand-Yard Stare from Chen Kai-Lun

Apart from the circus catch, the stunned reaction from the Rhinos’ 陳凱倫 (Chen Kai-Lun) was probably one of the best moment from that game, as Chen just stood there and stared into the void with his mouth open after witnessing the juggling catch.