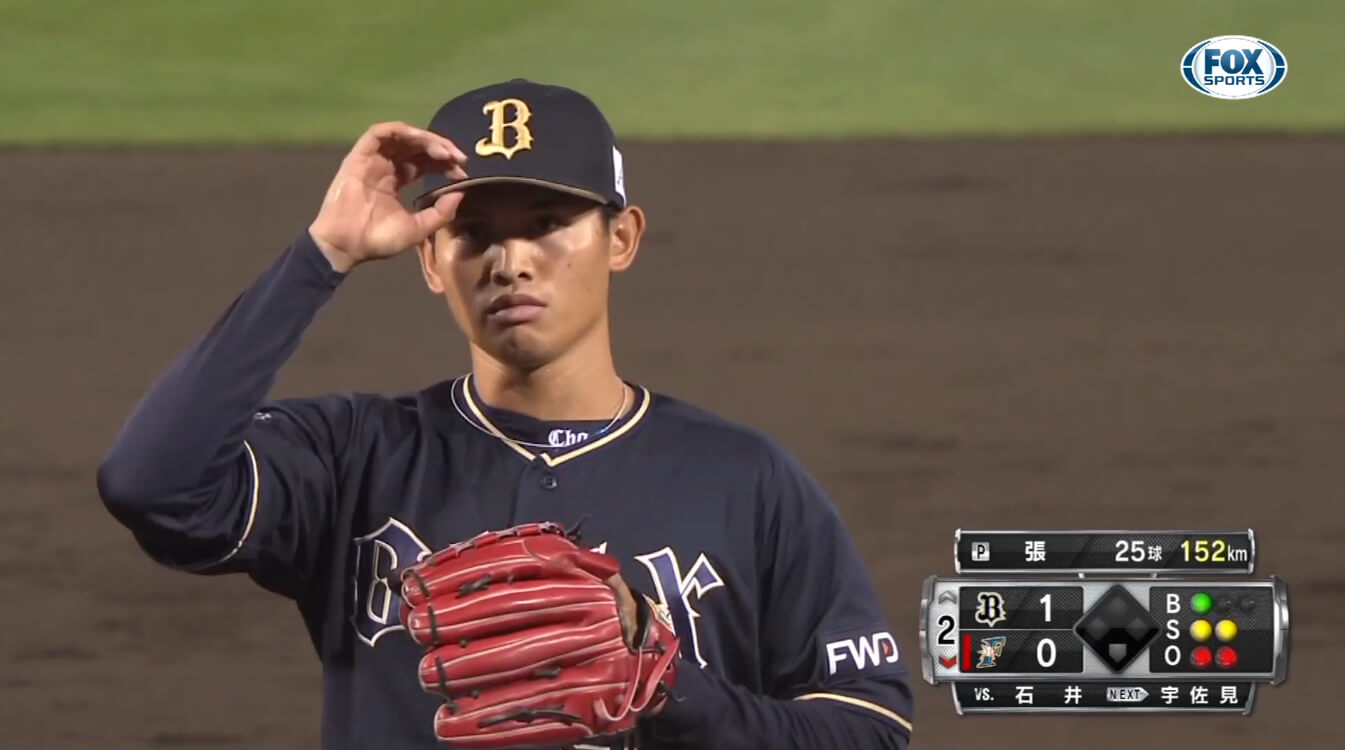 We all love a heartwarming underdog story, and this is a decent tale coming out of Japan this year for the Orix Buffaloes’ 25-year-old Taiwanese pitcher 張奕 (Chang Yi).

On August 8, Chang Yi became the first player in the NPB history to go from a developmental player to winning his first NPB game in his debut as a starting pitcher.

Notes: “Chang Yi” is also known as “Cho Yaku” in Japan. But for the ease of reading, we will stick with “Chang Yi” for this blog post.

Facing the Nippon-Ham Fighters, Chang started strong right out of the gate. He retired the first 12 hitters and carried a no-hitter into the fifth inning.

With his fastball topped out at 152kph (94.4mph) and mixed with changeup (135kph), curveball (121kph) and slider (129kph). The Fighters were not able to get a hit off Chang until the fifth inning and a run via a solo home run in the sixth.

Chang tossed six strong innings using 95 pitches in his starting debut. He allowed one earned run and two hits while struck out six in the process. The Buffaloes’ bullpen was able to hold on to the lead and secured Chang’s first NPB career.

“I want to dedicate this win to my father and my grandfather who passed away,” said Chang Yi after the game. “I was nervous making my starting debut, but I told myself to stay focus one pitch at the time.”

Just like his cousins (Yoh Daikan and Yang Yao-Hsun), Chang Yi went though the Japanese educational system and was eligible to enter the NPB draft.

Although he is best known as a pitcher during his high school day, he ended up entering the 2012 NPB draft as a positional player and went undrafted.

From 2012 to 2016, he attended the Japan University of Economics where he continued to hone his craft as a positional player. In 2016, the Orix Buffaloes signed Chang Yi as a developmental player. After years of hard work, Chang finally got his foot into the NPB.

It was not a smooth ride for Chang in the first two seasons. He struggled in the NPB farm league as a hitter and eventually was given another chance to stay in the organisation by converting to a pitcher.

Due to his performance in the farm league, in May 2019, the Buffaloes offered Chang Yi a standard contract. He is no longer a developmental player.

Prior to his call up to the first team to make his starting debut, Chang posted a respectable 2.40 ERA and 1.11 WHIP across 41.1 innings in the NPB farm league.